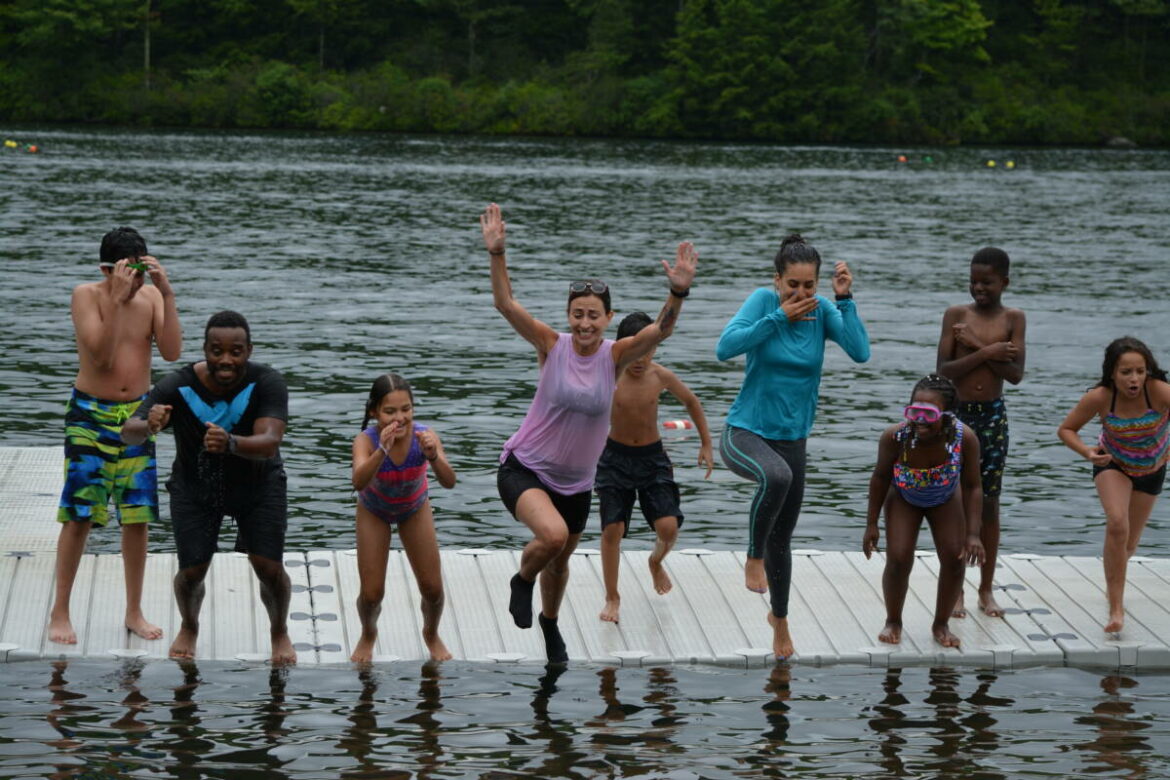 BRIDGEPORT, CT —A major five-year grant from the Elizabeth M. Pfriem Foundation will allow The Center for Family Justice to expand its award-winning summer camp and mentoring program for children and teens who have experienced the trauma of domestic and sexual violence.

The foundation, endowed by the late Bridgeport philanthropist Elizabeth Pfriem, recently announced its plans to donate $1.5 million during the next five years in support of CFJ’s Camp Hope-America-Bridgeport program and its related Pathways to Hope mentoring program.

Since its inception in summer 2017, the camp has provided local children with a therapeutic summer camp and year-long mentoring program focused on helping them overcome their trauma and develop newfound resiliency in the aftermath of abuse.

The foundation’s generous support will allow CFJ to expand the scope and impact of its Camp Hope program by adding several new educational elements to the camp’s year-long mentoring component, as well as the services of a full-time staff clinician to support campers’ emotional health throughout the year.

“This incredible gift will be a true game changer for this inspiring program and our future efforts to support the youngest, most vulnerable survivors of abuse,” said Debra A. Greenwood, president and CEO of The Center for Family Justice. “We are grateful to the Elizabeth M. Pfriem Foundation for believing, as we do, that Camp Hope has the capacity to change and save young lives, while breaking the generational cycles of abuse. We know the impact of this gift will be realized for many years to come.”

“Elizabeth Pfriem was deeply committed to child advocacy, public education and community health throughout her lifetime,” said Tony Montalto, executive director/co-trustee of the Elizabeth M. Pfriem Foundation. “This gift to establish the Elizabeth M. Pfriem Pathways to Hope program with Camp Hope will support area children impacted by trauma they did not deserve. It reflects all the things Mrs. Pfriem cared about and supported through her philanthropic giving. The Co-Trustees believe this gift will help Camp Hope participants reclaim part of the childhoods they have lost to trauma.”

Greenwood noted the gift is also a reflection of the late philanthropist’s long and enduring commitment to CFJ and the crisis and supportive services it provides annually to approximately 4,000 domestic and sexual violence victims of all ages.

Elizabeth Prfiem, who died in 2017, was the daughter of a Polish immigrant coal mining family who moved to Bridgeport from Scranton, Penn., after World War II. She went on to become the publisher of the former Bridgeport Post (now the Connecticut Post). Her commitment to community philanthropy was recognized when she became the first female Ringmaster of Bridgeport’s Barnum Festival in 1986.

“Elizabeth Pfriem had an unwavering commitment to improving the lives of women and children in the Greater Bridgeport area and her generosity of spirit was reflected in her efforts to support anyone impacted by abuse,” said Greenwood. “We will forever be indebted to her and her foundation for its support of domestic and sexual violence survivors in our region.”

Camp Hope is a free, confidential program open to children ages 7-17 who have been impacted by abuse of a domestic or sexual nature. Qualified campers include CFJ clients, the children of its clients, or young people referred by one of the nonprofit’s many community partners.

Each summer Camp Hope campers spend a week on site at YMCA Camp Hi-Rock in the Massachusetts’ Berkshires, where they engage in all the joys of a traditional summer camp experience, along with a therapeutic curriculum.  After the camp session ends, campers continue to work with CFJ’s staff as part of its Pathways to Hope mentoring program.

As a result of the Pfriem Foundation’s gift, the program will add several new components beginning in the summer of 2021 including: