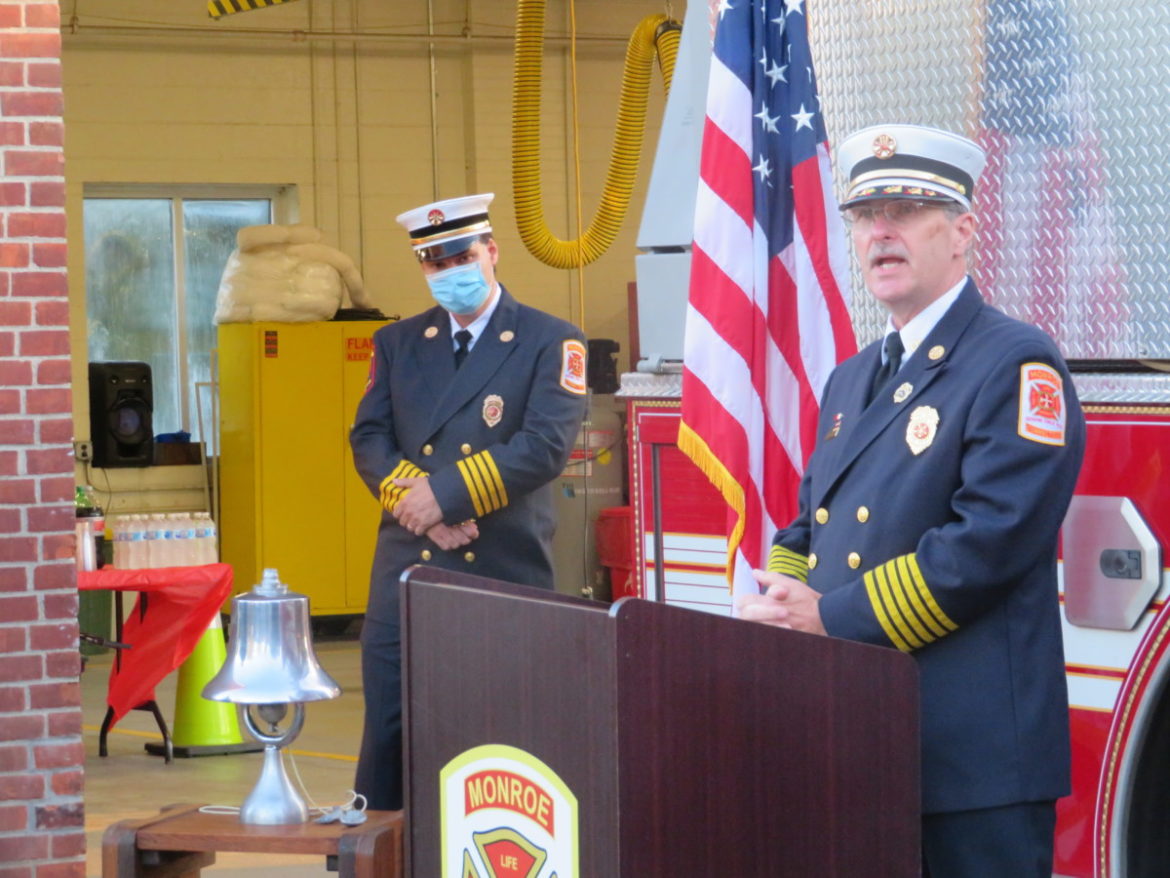 MONROE, CT — Speakers at the annual 9/11 remembrance ceremony outside the Monroe Volunteer Fire Department’s Station 1 Friday evening paid tribute to the nearly 3,000 Americans, who lost their lives in the horrific terrorist attacks 19 years ago, and also recalled how the country pulled together after the tremendous loss of life.

While breaking down the numbers of those who died, Monroe Deputy Fire Chief Kevin Catalano used an example to illustrate the magnitude of the New York City Fire Department losing 343 firefighters when the World Trade Center’s towers collapsed on them. 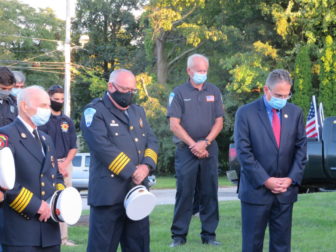 More than 30 people attended the annual 9/11 ceremony at the Monroe firehouse on Shelton Road Friday.

“You picture 70 fire trucks, full of firefighters, lined up in a straight line down 110 and all of a sudden you lose all those men on a single day, in a single event. This continues to be staggering to me,” he said.

Town firefighters, from all three companies, and emergency medical service providers made up most of the crowd of over 30 people in the parking lot of the firehouse on Shelton Road.

On September 11, 2001, 60 law enforcement officers, eight EMTs and medics and 53 members of the military serving in the Pentagon also lost their lives when terrorists hijacked commercial airliners and flew them into buildings.

Airline passengers and employees of offices in the Twin Towers also died, as well as the passengers and crew of United Airlines Flight 93, which fought four al-Qaeda terrorists on board, before their plane crashed into a field in Somerset County, Penn.

Also remembered on Friday, were the firefighters and other volunteers who are suffering or have died from cancer and lung disease after poring through the wreckage at Ground Zero in New York City, while trying to rescue any victims who could be trapped alive in the rubble or to find anything they could to identify people who didn’t make it.

Catalano said firefighting is a family affair, and marveled at the resiliency of the FDNY, which had a spike in recruiting after 9/11. One year, its largest recruiting class had 13 children of FDNY firefighters who died that day, according to Catalano.

‘May that shalom be with us’ 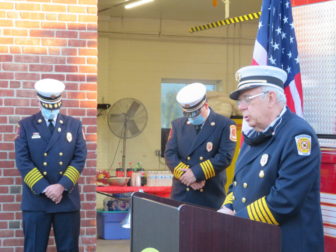 David York, the fire department’s chaplain, talked about the meaning of shalom, a salutation meaning “peace” given by Jews when meeting or parting.

“Somehow, our country was able to put the pieces back together,” York said of the aftermath of the terrorist attacks. “I suggest we’re in a time similar to, at least the emotion, of that time 19 years ago.”

Americans are concerned over a global coronavirus pandemic, amid partisan division in a struggling economy.

York prayed for wholeness, understanding and caring for one another and called upon all first responders to do their part, while working together to build a better community.

“May that shalom be with us, this day and always. Amen,” he said. 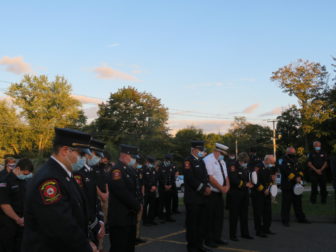 Firefighters from Stepney, Stevenson and Monroe and Monroe Volunteer Emergency Medical Service personnel made up most of the crowd at Friday’s ceremony.

First Selectman Ken Kellogg called 2020 “a year of many challenges” with a pandemic and a tropical storm, adding “these major events underscore the dedication and the sacrifice that our public safety personnel make every day.”

“While we will, first and foremost, always remember the sacrifice of those we lost 19 years ago, today I want to underscore my thanks, my sincere gratitude, personally and on behalf of all the citizens of Monroe, for our police officers, firefighters and emergency medical service personnel. Thank you. You are our everyday heroes. Thank you for continuing to answer the call of duty.”

Fire Marshal William Davin, president and past chief of the MVFD, explained how a bell is rung for a signal 5-5-5, a sign of honor and respect for firefighters who lose their lives in the line of duty.

Everyone stood for a moment of silence as the firehouse bell was rung Friday.

“In closing, I ask all of you here this evening to never forget,” Davin said, “because we cannot expect others to remember, unless we in the emergency services never forget.”