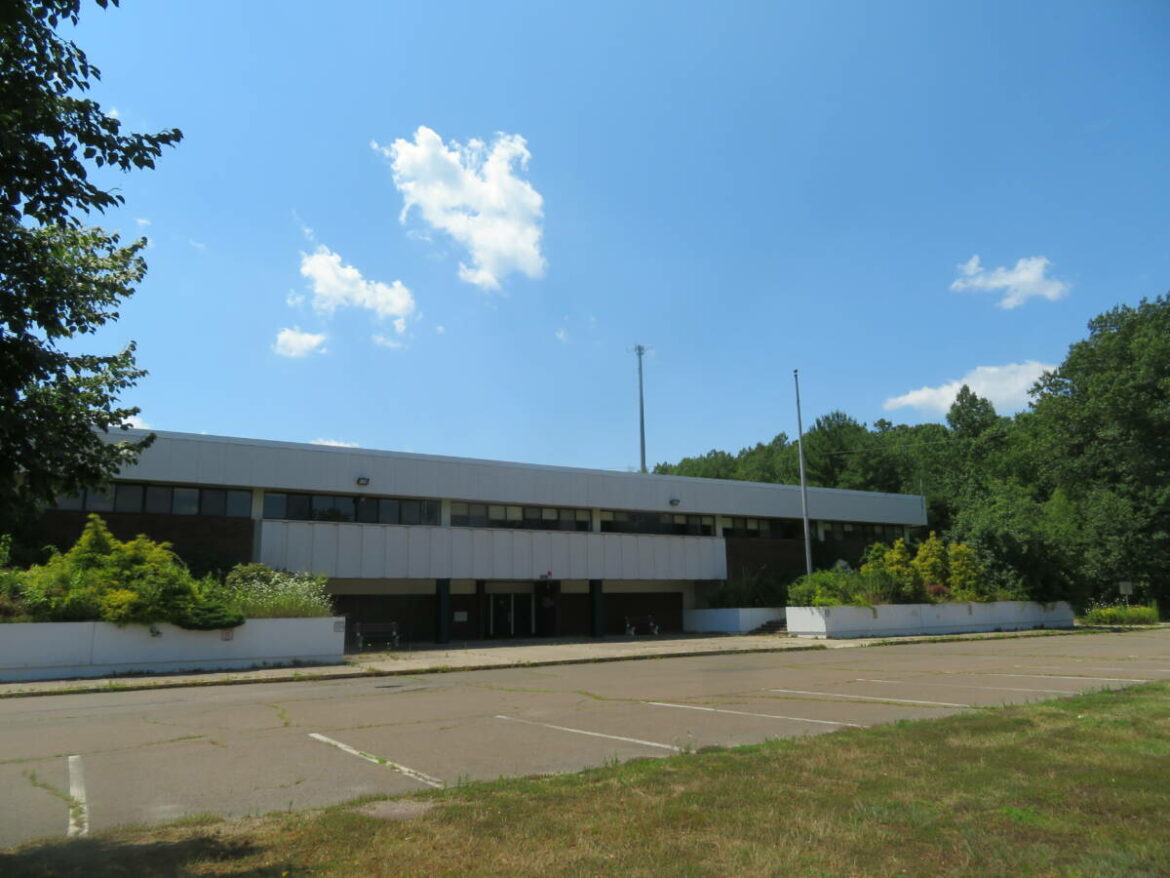 A new cell tower can be seen behind the former Chalk Hill School at 375 Fan Hill Road.

MONROE, CT — A project to construct a 176-foot-tall monopole tower, in a wooded area on the north side of the former Chalk Hill School, was recently completed and AT&T will be the first cellular carrier to lease space on it, according to First Selectman Ken Kellogg.

“AT&T received approval from the Siting Council,” Kellogg said Friday. “Once that happens, I expect the cell on wheels in front of Fawn Hollow Elementary School to be removed.”

The first selectman said he does not yet know the timing of when this will happen.

The project, proposed by ARX Wireless in late 2019, was presented and discussed at numerous public meetings, including meetings held by the Planning & Zoning Commission and Town Council, both of which approved the proposal.

Kellogg and Superintendent of Schools Joseph Kobza have said the new tower will provide “much-needed” cellular coverage to this area of town, as well as the school campus, while also allowing the town to improve its radio communications system for public safety.

However, not everyone welcomed the project with open arms.

Neighborhood opposition to the tower was expressed at the hearings, from residents who have health concerns over a cell tower being in close proximity to Fawn Hollow and Jockey Hollow Middle School. They collected 107 signatures to a petition on Change.org.

Revenue for the town 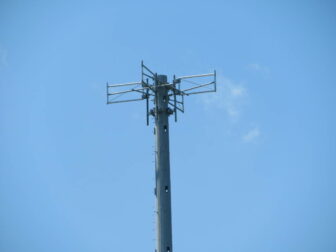 A close up of the monopole tower recently erected in a wooded area to the north of the former Chalk Hill School building.

According to the lease agreement, ARX will enhance the town’s public safety radio network, providing fiber optic lines, equipment and a generator, while connecting the town’s radio system to the tower.

The town will pay the company back for the equipment using $55,000 of the money it brings in from the agreement, then reducing the amount of rent it receives by $850 a month.

“We’re paying it back over a long period of time without any interest and getting a positive revenue stream going forward,” Kellogg explained.

The town will receive $8,000 each for the tower’s first three tenants, then $5,000 for each new commercial tenant after that.

According to the agreement, the town will receive either $2,250 a month in rent from ARX Wireless or 40 percent of the gross revenue the tower brings in, whatever is greater.

The contract proposal includes escalators. Rent will increase by 2.75 percent a year and after 60 months the town could receive up to 45 percent of the gross revenue if it is greater than the rent, after 120 months (10 years) that rises to 50 percent of gross revenue.

“We’re getting this upgrade to our system, but also rent from the company, or the share of the gross revenue, whatever’s greater,” Kellogg said.