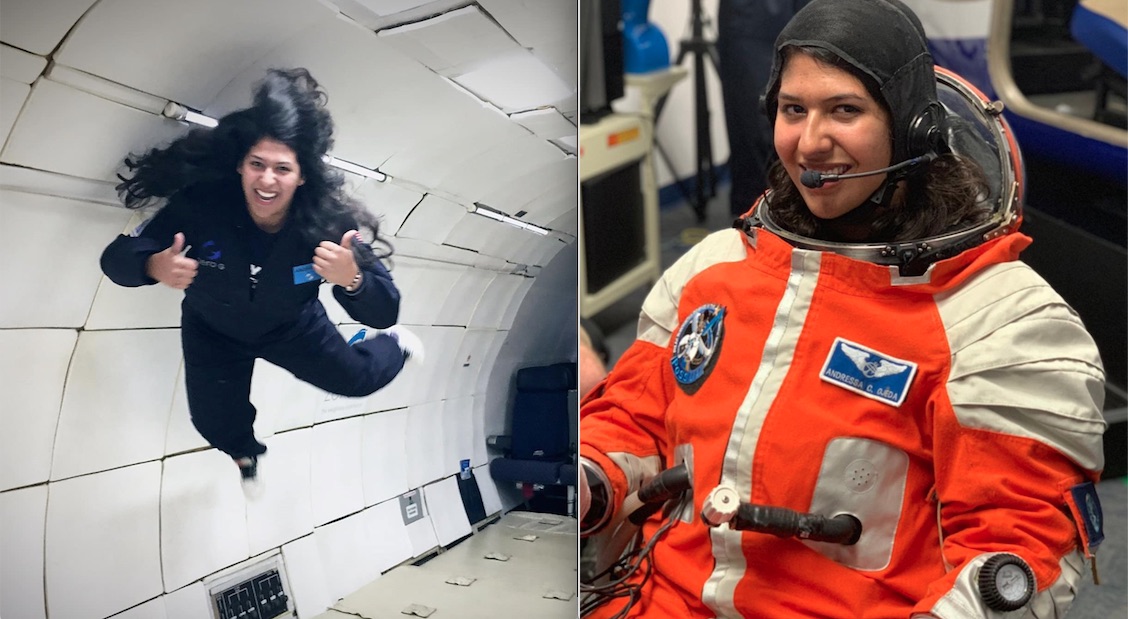 Andressa Ojeda wants to be Brazil's first female astronaut. But first she spent a year in Monroe as though the Monroe Rotary Club's Rotary Youth Exchange Program.

“Over the years I’ve been associated with many exchange students who have had a particular goal in mind. Andressa was one of the very few who continued towards that goal when they returned home,” said David Wolfe, a member of the Monroe Rotary Club who serves as an Eastern Exchange Student Exchange (ESSEX) contact — like the ambassador — to Brazil, Chile and Ecuador.

“Andressa is a very goal oriented young woman. She is gaining a strong reputation as a role model for others,” Wolfe said.

“It has been my goal since I was a kid,” Ojeda said of wanting to explore outer space. “I’ve always been very fascinated by the universe. When I was 11-years-old I started reading books about theoretical physics and quantum mechanics, which made me very interested in this area from a young age.” 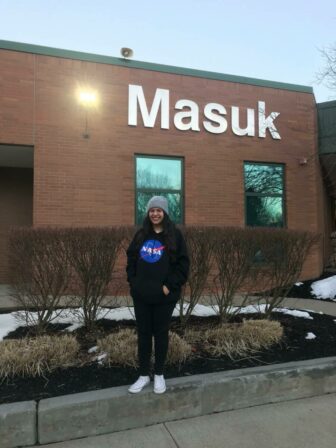 This is quite a goal for Ojeda, and there is related work she may have an opportunity to do if she does not realize her dream of becoming an astronaut. She will earn an Aerospace Engineering degree with a concentration in Astronautics.

“If she doesn’t become an astronaut, I’m confident she will be doing some related work either with NASA, SpaceX or some other organization in space exploration,” Wolfe said.

Ojeda is appreciative of the opportunities she has had, including here in Connecticut.

“I really enjoyed it. Monroe was a very different cultural experience for me, and at Masuk I had many classes that are not common at schools in Brazil, such as astronomy, engineering design and programming,” she said. “I was also part of the Robotics Club and it was an amazing experience in my life.”

“In Connecticut I had experiences going to NASA’s Advanced Space Academy, where I simulated astronaut training, and also had experience with my Capstone Project at the Discovery Museum & Planetarium building model rockets and learning more about high-powered rockets and CubeSats,” she said.

While doing her Capstone, Ojeda learned about the structure, design and operation of rockets, high-powered rockets and satellites (including CubeSats, a type of miniaturized satellite for space research).

“We requested pictures directly to the International Space Station, planned each system’s stage for a mission to Mars, used OpenRocket Simulator to simulate the building and launch process of rockets, built and launched model rockets and many more. I had many experiences related to the Rotary Club and I was often making plans and hanging out with other exchange students from different countries in the world. We even went skiing in Vermont with a Rotary trip, stayed at a beach house for St. Patrick’s Day and many more,” Ojeda said.

“At the Embry-Riddle, I won a microgravity research flight with Zero-G through a contest. I had training for suborbital spaceflights and research with Advanced PoSSUM Academy where I even had an acrobatic flight with Patty Wagstaff, U.S. national aerobatic champion for more than seven years, worked as an undergraduate research assistant for the mathematics department studying fuel sloshing, and got invited for a VIP tour at SpaceX directly approved by Elon Musk,” Ojeda said.

“Currently, I’m part of projects involving rocket propulsion, high-powered rocketry, and I’m working with NASA’s Robotic Mining Competition where I’m helping with the development of a lunar regolith excavator. I’m also an Analog Astronaut with the Brazil Mars Desert Research Station and have helped to design a subscale prototype transport vehicle to demonstrate the technical feasibility of the Hyperloop concept in the Hyperloop Pod Competition sponsored by SpaceX. All this experience helps me to get closer to my dream every day,” Ojeda added.

Ojeda will graduate from college in 2023, continue studies in the U.S. or France and get some experience in the field at some aerospace industry in the U.S.

This astronaut hopeful is very appreciative of her host families and the Rotary Club.

“I am extremely appreciative and grateful to the Rotary Club for providing me such a wonderful experience. None of this would have been possible without them. The Rotary Youth Exchange Program was literally the only chance I had to start pursuing my dreams, and I’ll be forever grateful,” she said.

“Besides placing me in a very nice high school, the program provided me the ideal environment outside school to learn a lot about the American culture and still have time to dedicate to my studies and engage to other exchange students from all over the world. Everyone was very welcoming and supportive. My school counselor Ms. (Ann) Odoy helped me a lot with the application process, which is extremely different from Brazil,” Ojeda added.

The Rotary International Youth Exchange program provides exchange opportunities for over 8,100 students each year, according to Wolfe, who added that clubs all over the world work together to arrange these exchanges.

Rotary International is a service group comprised of over 1.1 million men and women in over 30,000 clubs around the world. Clubs raise funds to implement projects in local, national or international communities. Wolfe has been involved with the Youth Exchange Program since the club began in 1994.

The District program operates under an umbrella organization ESSEX, which consists of over 30 districts from Quebec to Northern Georgia.

“Since the club’s start in 1994, several students from various countries have come to Monroe. The club also sponsored a few Masuk students to go outbound over the years,” Wolfe said.

Wolfe was also an exchange student. He went to Brazil in 1972 after graduating high school, an experience sponsored by a club in Mt. Carmel, Penn.

“I had an incredibly interesting year and met many wonderful people. I have remained in contact with my host families, including my host ‘brothers and sisters.’ I even have contact with a few of their children,” said Wolfe, adding he has been invited to and attended graduations and weddings of his Brazilian “family” members.

Wolfe said his mother hosted a Bolivian boy during the year he was in Brazil. His mom, now 97, still hears from him five decades later.

Wolfe’s family has been a host family for a few of the students who have come to Monroe. “It was a wonderful experience for us all,” he said.

Both of Wolfe’s daughters participated in the program; one went to Austria and Holland and the other to Italy.