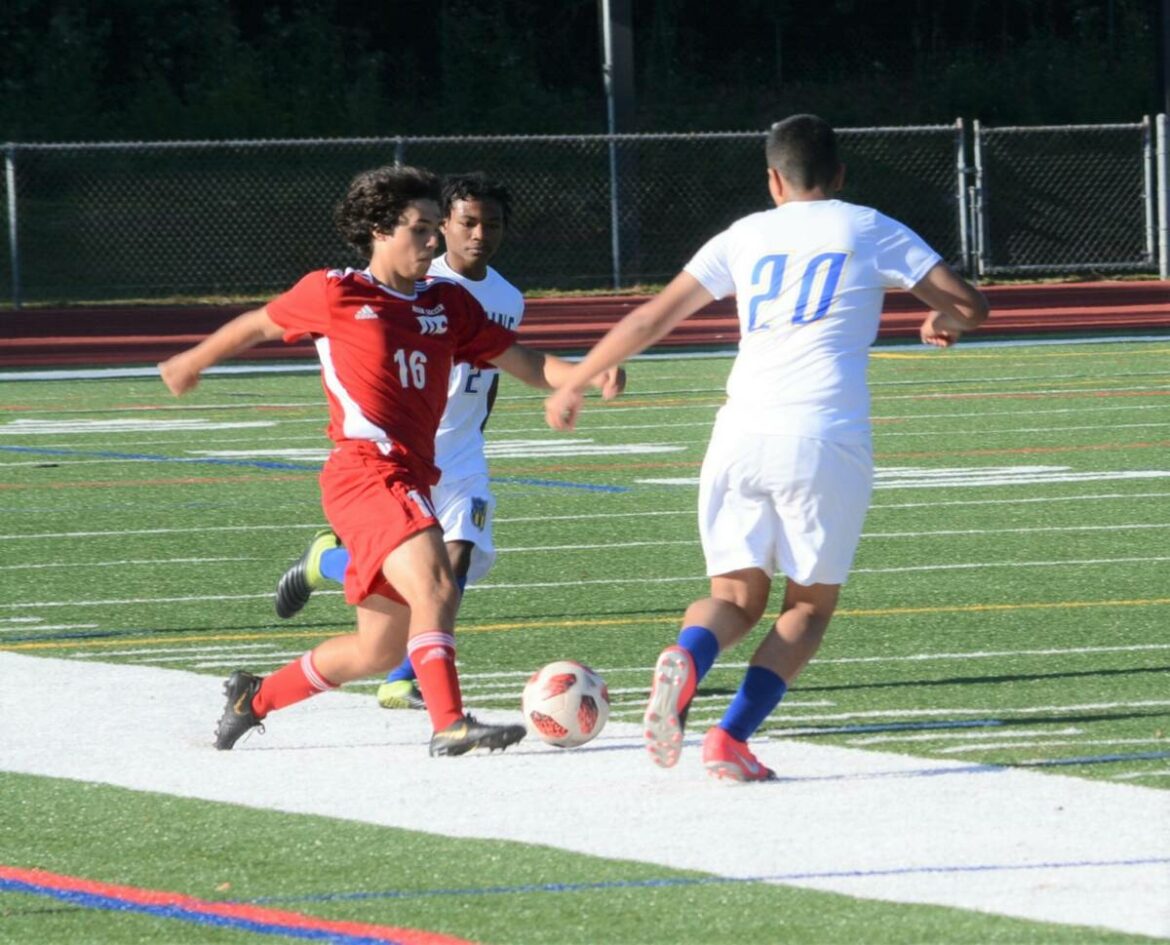 MONROE, CT —  In a battle for Panther bragging rights, Masuk High and Pomperaug, settled in a draw. The boys’ soccer teams finished in a 1-1 tie in Monroe on Sept. 21. Two days later, Masuk visited Kolbe Cathedral and posted a 4-0 win.

The Panthers have alternated wins and ties thus far and carry a 3-0-2 mark into a Tuesday, Sept. 28, home tilt with Stratford at 7 p.m.

After a scoreless half with Pomperaug, Masuk fell behind, but a hustle play by sophomore forward Jasper Pike resulted in the tying goal. Pike challenged the goalkeeper on a 50/50 ball and scored. Masuk junior goalie Chris Simoulidis had some key some saves.