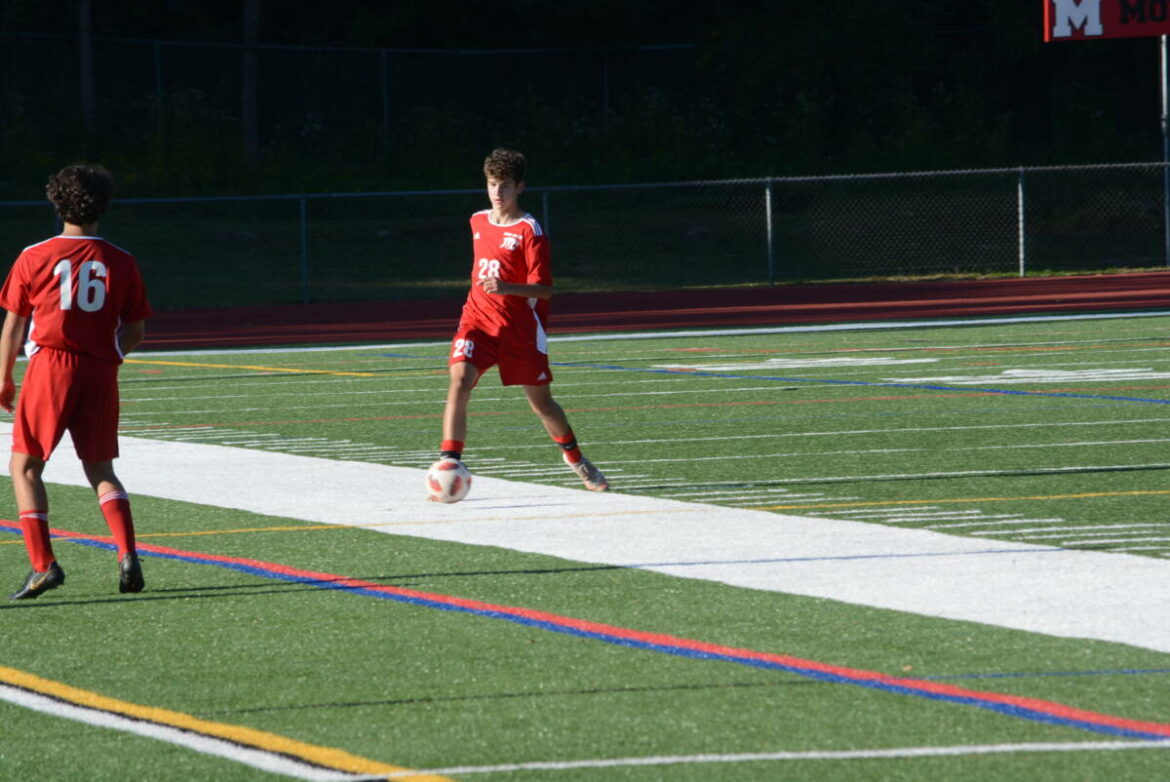 Owen Correll competes in a game this fall. Correll had an assist in a 7-0 win over Wolcott Tech on Oct. 2.

MONROE, CT — Shutouts have been the name of the game for Masuk High’s boys’ soccer team. The Panthers have been involved in shutouts in six of eight games to begin the season, including a pair of wins in three tries this past week to improve to 5-1-2 overall. Each of Masuk’s wins has come via shutout.

On Sept. 28, Masuk beat Stratford at home 3-0. Sophomore Jasper Pike scored the opening goal in the first minute and was assisted by senior captain Jonah Lesiw. Pike connected again in the second half, assisted by junior Hadara Sisay. The third goal came in the final minutes of the game when senior Alex Marciano finished a cross by captain Anthony Foglia.

Coach Brendan Cavanaugh said it was a well-played game from start to finish for his Panthers.

In a Sept. 30 visit to Immaculate, the Panthers lost 2-0. “We dominated possession in the game, but unfortunately did not create enough scoring chances and lacked intensity. Immaculate did a great job at finishing their chances,” said Cavanaugh, adding the Panthers looked to get back on track at Wolcott Tech on Oct. 2.

“This was a great rebound game after a tough loss days prior,” Cavanaugh said. “We look forward to playing Bunnell next Tuesday (Oct. 5) at home at 7 p.m.”