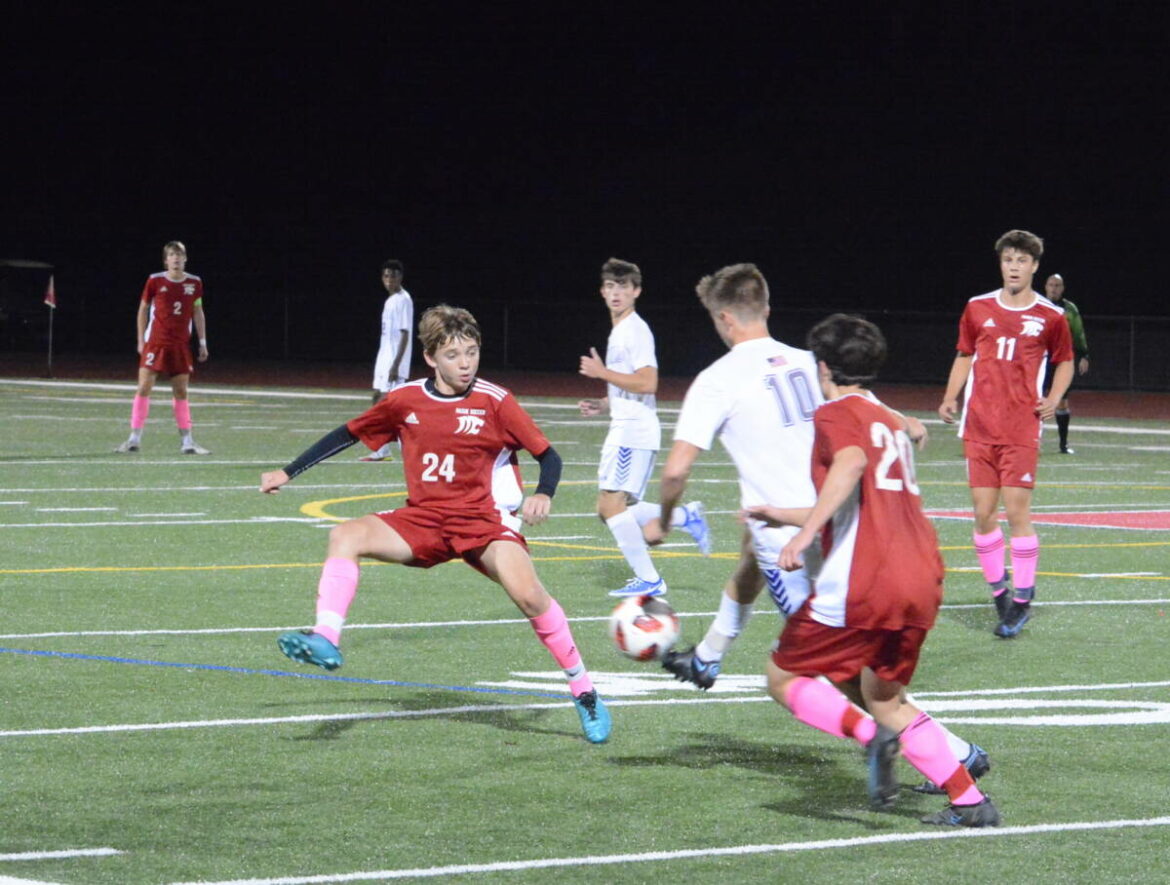 MONROE, CT — The wins continue to pile up for Masuk High’s boys’ soccer team. The Panthers blanked visiting Bunnell 2-0 on Oct. 5 and defeated host Notre Dame-Fairfield 3-1 on Oct. 8. The Panthers improved to 7-1-2 this season.

In the win over Bunnell, goalkeeper Chris Simoulidis had seven saves. The defense was led by captains Anthony Foglia and Carter McCoy, helping the Panthers to their sixth shutout. 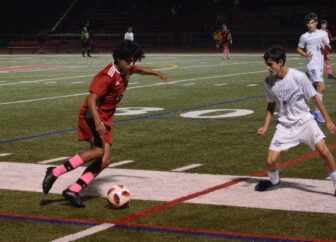 McCoy also played a key role on offense with a free kick goal to get the scoring started. Jasper Pike made it 2-0 before the half when he finished a nice setup on a well-placed ball into the 18 yard box by Alex Marciano.

With senior Captain Jonah Lesiw not in the lineup, Kasper Murzinski did a great job filling in, said Coach Brendan Cavanaugh. “Overall, it was another great game and team effort,” the coach said. 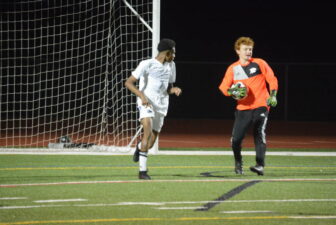 Masuk boys soccer goalie Chris Simoulidis only gave up one goal in the last two games, both victories.

“Again, this was another great team effort. We didn’t have two senior starters and our reserve players stepped up and played great,” Cavanaugh said. “We look forward to keeping the winning streak alive when we face New Fairfield Tuesday (Oct. 12) at 7 p.m. at Masuk Stadium.”