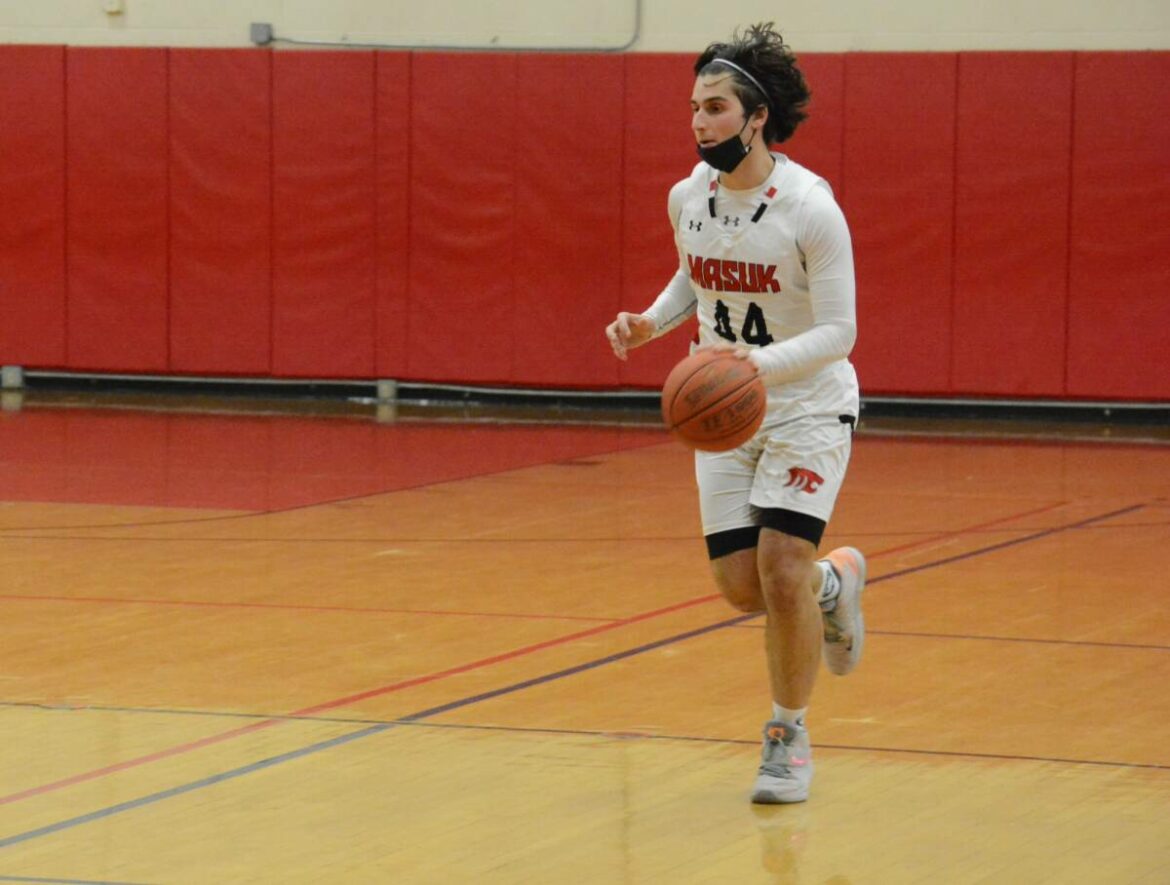 SOUTHBURY, CT — In a clash between the Masuk High and Pomperaug Panthers, Masuk prevailed 46-41 on the road in Southbury Tuesday.

Masuk piled up 32 points in the second half, including 20 in the fourth quarter. Minnick did all of his scoring in the third and fourth quarters. Francisco made a pair of 3-pointers, and Nivison drained one from downtown. 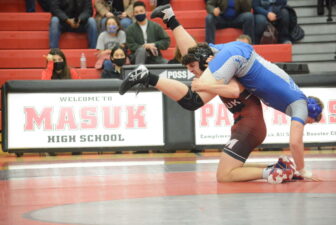 In an earlier match, Evan DeLeo tangles with his Bunnell counterpart in the 182 weight class on his way to a victory via pin.

Masuk High had a pair of competitors place fourth in the 35th Annual New Milford Wrestling Tournament, on Saturday, Jan. 22: Luke Longo in the and 138 pound weight division and Evan DeLeo at 160.

Masuk will visit Stratford this Wednesday, Jan. 26, at 6 p.m.