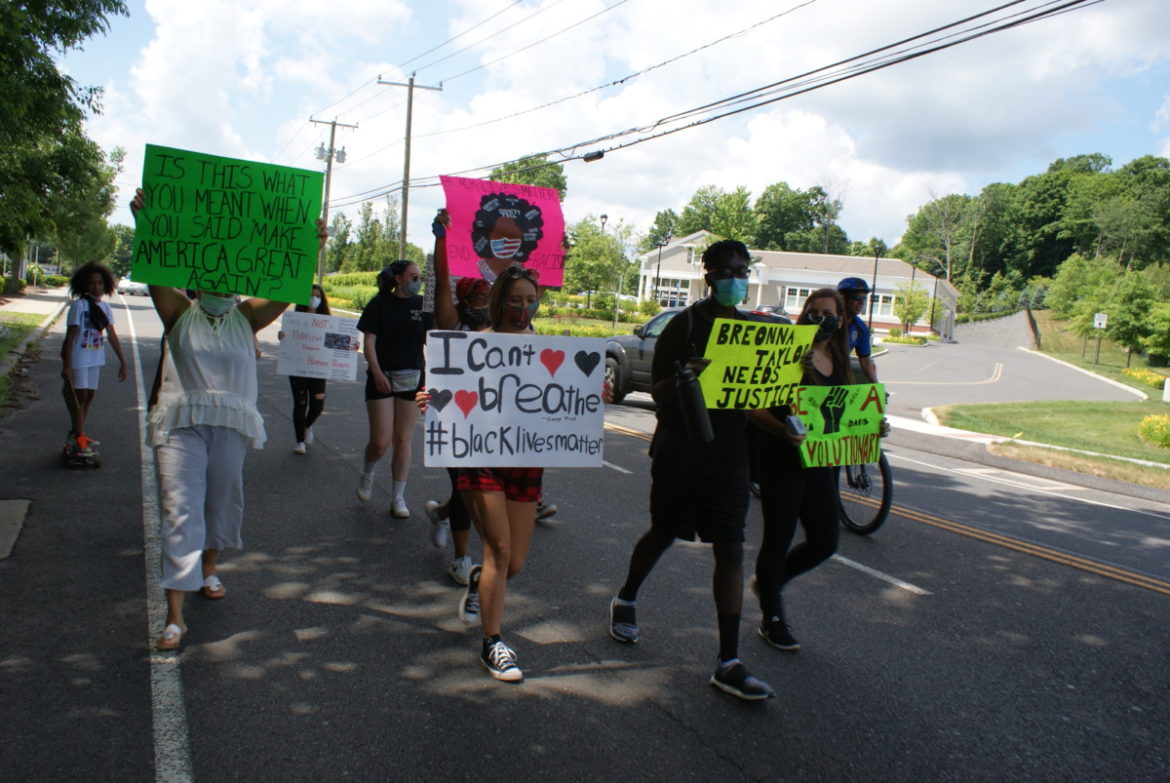 A Black Lives Matter march went from Monroe Turnpike at Cross Hill Road to the Monroe Green, in front of the police station.

MONROE, CT — A group of protestors interrupted traffic on Route 111 midday Sunday to march in support of the Black Lives Matter movement and an end to racism.

“The Black Lives Matter movement is not a trend,” said Myriam Desruisseaux said, the lead organizer. “Many of us here have experienced racism in Monroe. A lot of people say ‘Oh it’s not here,’ or ‘It’s only down south,’ and that’s not true. Racism is everywhere; it is literally a pandemic. So, just raising awareness about it, that’s the goal.” 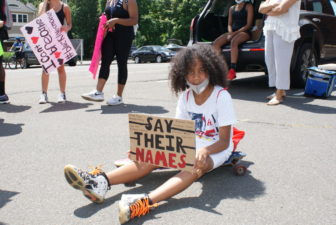 Elijah Zuema, age 9, holds a sign encouraging people to say the names of black people who died at the hands of police.

Eleven protestors, the majority high school and college-aged, carried signs and chanted as they marched from the Cross Hill intersection down Route 111, before stopping in front of the Monroe Police Department at the Town Green. Two police cars and two officers on bicycles protected the protestors from traffic.

As the hot sun beat overhead, the protestors carried on. A passing car booed at them, people also honked their horns or waved in support. One woman donated hand sanitizer and cold water for the marchers.

“People were booing us, but there were also people that were cheering us on, which mattered just as much,” Desruisseaux said. 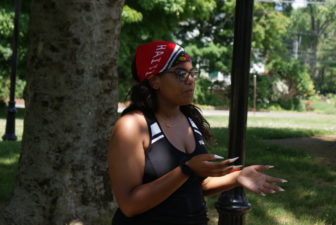 After the Peaceful Gathering on the Monroe Green, Desruisseaux said she contacted Police Chief John L. Salvatore to organize a protest that represented Black youth. After the crowd of hundreds that met on the green two weeks ago, the organizers said they were disappointed in the turnout for the march.

“If they really cared, more people would’ve shown up today,” Caitlin DiMiero said. “I think today spoke volumes about this community and how much needs to be done here.”

Many protestors spoke about their experiences with racism in town and school.

Devin Owiredu, who carried a sign saying, “racism is taught not learned,” said he 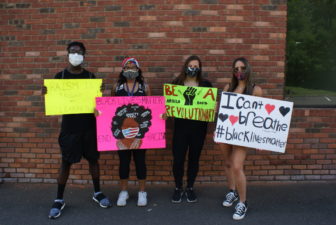 believes education is the key to ending prejudice.

“It’s important to educate all people, the youth, the elderly, the middle-aged because it affects every person, all the way from their childhood to their adult years,” Owiredu said. “I wish more people in Monroe realize their white privilege, realize that this isn’t just a black problem—this is a problem for humanity.”

At the end of the march, protestors shared speeches and held a conversation about how the community should move forward. Ideas included an increased focus on minority history in class curriculums, and starting a town-wide club to explore other cultures 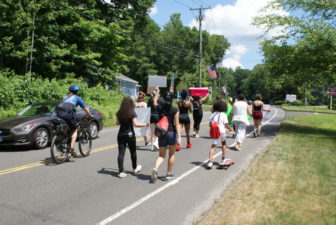 and engage in discussion. They all agreed that everyone must take more action to end racism.

“We have to do more,” Desruisseaux said. “I wanted to do this march to feel like I was doing something, but we just have to do more, more conversations, more talking, more getting the word out, more raising awareness, more being kind to each other, more protests, more education, more of everything.”