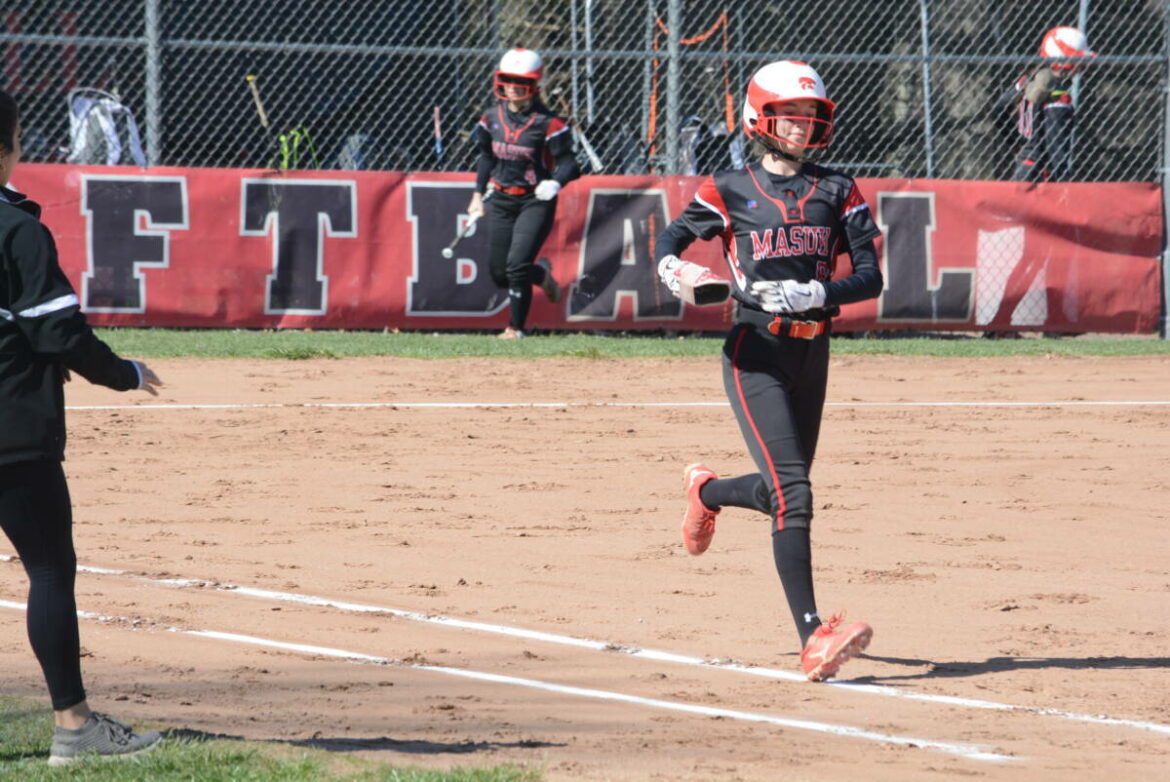 In a battle of stellar pitchers and winning teams, Masuk High edged host St. Joseph of Trumbull 2-1 on April 21.

The Panthers then put up a baker’s dozen runs in consecutive games, toppling host New Fairfield 13-2 on April 22 and host Notre Dame-Fairfield 13-0 on April 25.

This extended Masuk’s winning streak to nine, giving the Panthers an overall record of 9-1 heading into Wednesday’s home tilt with New Milford at 4:15 p.m.

Against St. Joes, Masuk scored first in the the fourth inning, St. Joes tied it with a run in the fifth, and the Panthers got the winning run in the sixth. Masuk had seven hits and limited the Cadets to just two.

Gallant went 3-for-4 at the plate with two singles and a double. Emma West-Testo had an RBI triple, knocking in the first run, and came across home plate for the second run on a suicide squeeze in the top of the sixth. Natalie Lieto had a double and a stolen base and Sarah Falcone had a single.

For St. Joes, Niamah Dougherty had a double and Coco Bartone had an RBI single. Lauren Wasikowski struck out 13 and gave up three walks. Brooke Buzzeo struck out two.

In the win over New Fairfield, Masuk broke it open with 10 runs in the fourth inning. Winning pitcher Julia Bacoulis went six innings and Gallant pitched the seventh.

Bacoulis had 14 strikeouts and walked five. Gallant fanned three and walked one.