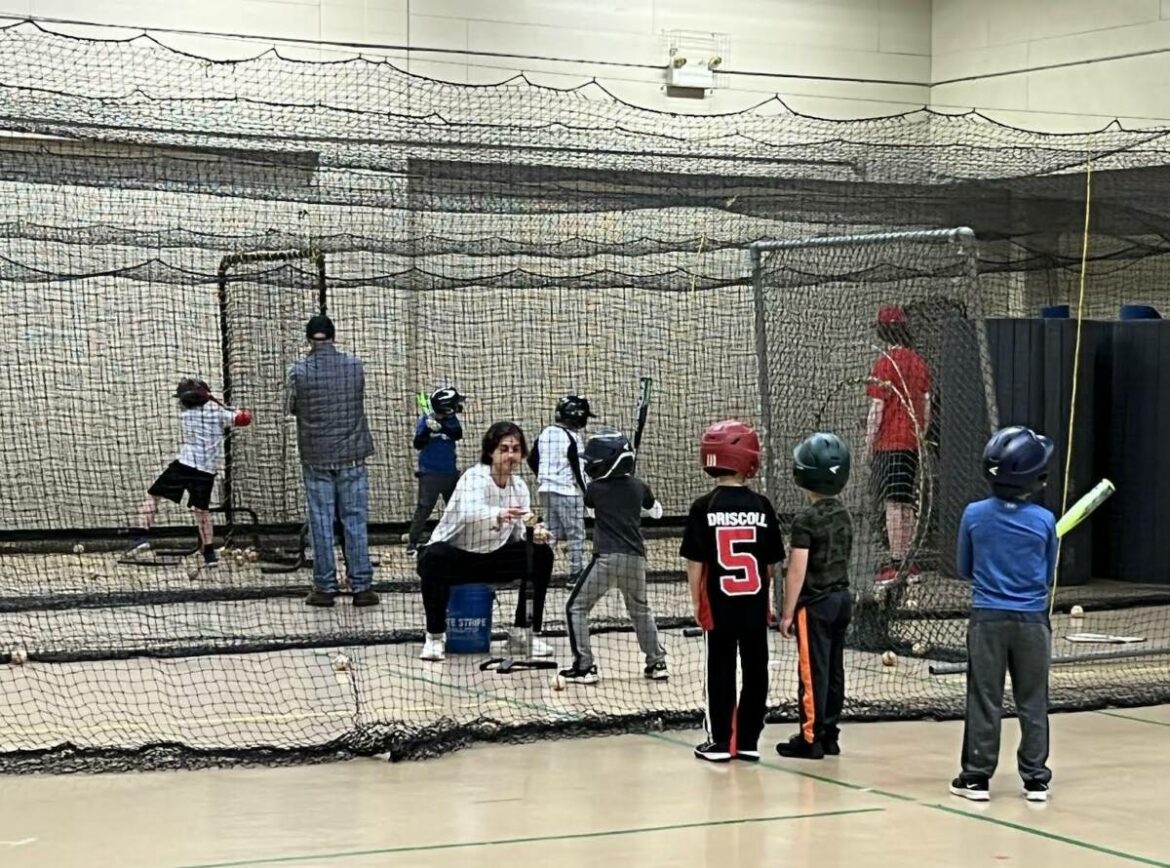 “If we could keep Monroe kids in a Monroe program, playing together every year, they’d build friendships and a love for the game that would last a lifetime,” Driscoll said. 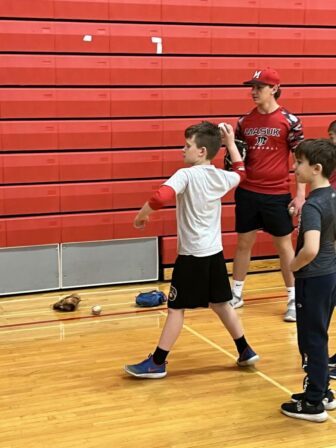 A Little Leaguer winds up for a throw.

That shared goal inspired the two men to organize a three-week winter baseball clinic at Masuk High School for kids age 7 to 12, giving children the opportunity to learn from high school coaches and players, while sparking dreams of becoming Panthers themselves one day.

“They all thought it was really cool to be part of that, hanging out with a high school baseball player,” Driscoll said. “They definitely look up to the high school kids.”

The 90 minute clinics cost $20 per week and Driscoll said signups were for a week at a time to give more children a chance to participate. He said a private lesson usually costs anywhere from $50 to $75 or more per hour, so $60 for four-and-a-half hours was a good deal for families who paid for all three weeks.

The clinics raised $4,000, all of which the Monroe Little League donated to the Masuk baseball program for the purchase of equipment, uniforms etc.

“We’re happy that we can help his program,” Driscoll said of Coach Hourigan. “Once his and our seasons get up and running, we’re hoping that we can invite all of our MLL kids out to a Masuk game to give the team a boisterous cheering section.” 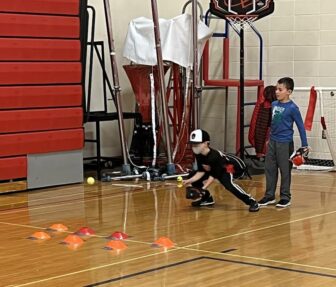 Fielding ground balls were among the drills to improve young players’ skills during the Masuk winter baseball clinics.

Driscoll met Hourigan around two years ago, after taking over as MLL president. Aside from coaching the high school team, Hourigan, who has two sons that play, coaches in Little League and Travel Baseball programs.

“I think from my first conversation with Brian it became evident that his passion for the game is off the charts,” Driscoll recalled. “More importantly, he brings a wealth of knowledge that, frankly, a lot of us ‘amateur’ coaches don’t have – that’s not to slight our volunteers who are excellent, it’s just to say that many of us realistically peaked in little league or JV baseball and just lack his expertise.”

At the clinics, Hourigan spoke to all of the kids for the first 10 minutes before everyone split up into groups for fielding drills in the main gym and practice in the batting cages in the auxiliary gym upstairs. Then the groups switched, so both could hit and field. 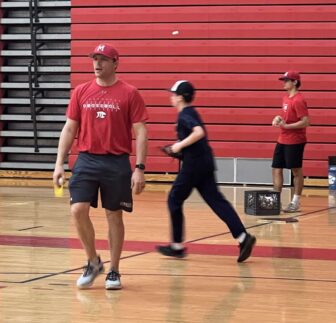 Hourigan and his players gave special attention to kids doing the drills in the smaller groups, throwing, catching and scooping up ground balls. Aside from hitting baseballs in the batting cages, kids fine tuned the mechanics of their swings.

Teams featuring a mix of Masuk players and the older kids competed in drills.

“I think Masuk’s success on and off the field is indicative of his, and his staff’s, passion and knowledge,” Driscoll said Hourigan. “If I am correct, he had a handful of players sign letters of intent to play college baseball last season and, despite having a small pool of players because of Monroe’s population, he’s created a program that is extremely competitive statewide. Each of our little league kids should strive to get to the level the Masuk players are at.”

“To me, Brian, his staff and his program were an untapped local resource that we could use to develop our players’ skills and love for the game,” Driscoll said.

Two years in the making 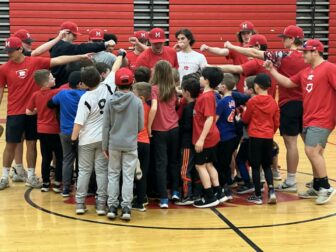 Monroe Little Leaguers were enthusiastic over a winter baseball clinic hosted by the Masuk baseball team.

Driscoll and Hourigan first talked about organizing the baseball clinic two years ago, but the COVID-19 pandemic shutdown access to schools, so they couldn’t use the Masuk gym.

“We kept talking about it and waiting for the schools to open and it was probably around New Years when Brian told me John DeGennaro, the athletic director, gave us permission to do it,” Driscoll said, adding how accommodating DeGennaro has been in allowing use of the facilities.

A goal of the clinics is for Monroe’s young athletes to stick together.

“They develop together as a team and, by the time they’re juniors or seniors in high school, they’ve been playing together for half their lives and have a chemistry you just can’t teach,” Driscoll said. “Basically, we thought that if we could keep our kids in town and playing together, with some instruction from Brian, it serves everyone well.”

Driscoll’s sons, Parker, 12, and Colin, 8, were among the kids who took advantage of the winter baseball clinics. “They had a blast,” he said.

“I think it was great,” Driscoll said. “We got a really good reception from a lot of parents who came up to me each week and told me how much our kids enjoyed it. I definitely would want to run it again next year.”