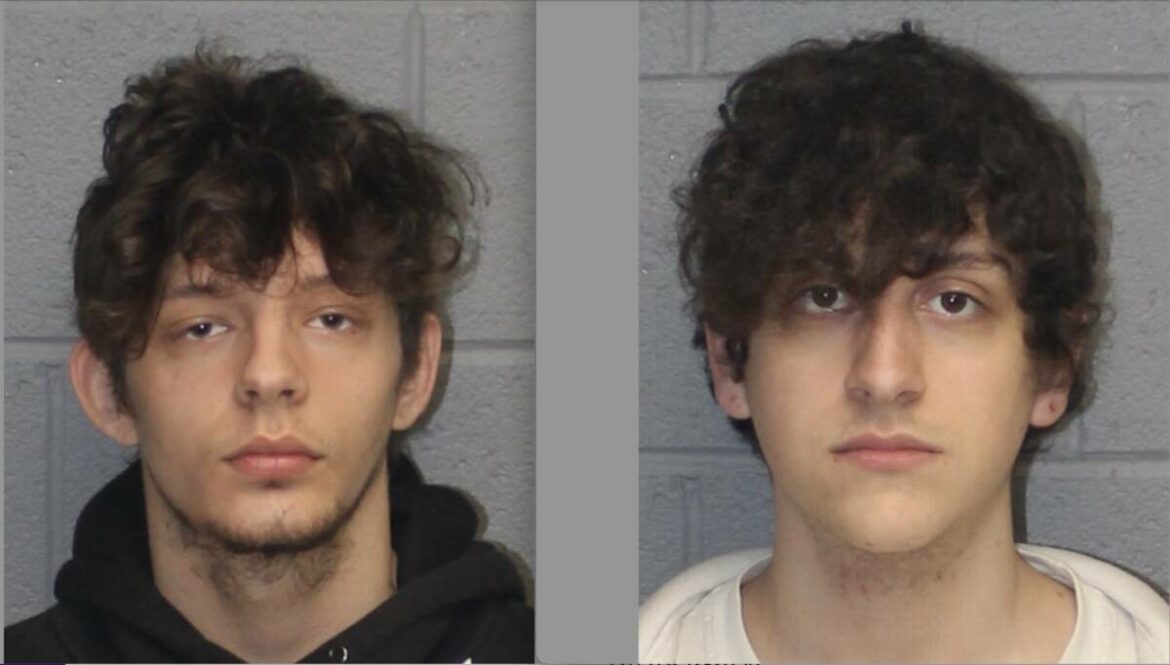 Graham Malvasi, left, and Vinicius Cagnani were charged for their alleged connection to the robbery and assault on April 9.

MONROE, CT — Two teens and two juveniles were arrested on a warrant Tuesday, stemming from the assault and robbery of a victim, who tried to sell marijuana to them and two juveniles behind Village Square Shopping Center, 401 Monroe Turnpike, on April 9, according to police.

Graham Malvasi, 19, of Shelton, was charged with conspiracy to commit first-degree robbery, fifth-degree assault, fifth-degree larceny, illegal possession of a weapon in a motor vehicle and carrying a pistol without a permit.

Each man was held on $150,000 bond for a May 19 court date at Bridgeport Superior Court. Malvasi was processed and brought to court for arraignment immediately after.

The two juveniles who were allegedly involved in the robbery were charged with conspiracy to commit first-degree robbery, second-degree assault and fifth-degree larceny. Both were assigned a court date at Juvenile Court in Bridgeport.

Further charges in this case are expected

On April 9, 2022, the Monroe Police Department received an emergency 911 call reporting a robbery and assault that took place in the rear of the Village Square Shopping Center.

During the course of the initial investigation it was determined that the victim was in the lot to meet Cagnani, Malvasi and two juveniles to sell marijuana to them. During the sale, the victim was assaulted, the product being sold was stolen, and a handgun was displayed by Malvasi, police said.

At the time of the sale, the victim only knew one of the juveniles involved in the incident. Through an investigation, Monroe detectives identified the other occupants of the vehicle and completed arrest warrants for all those involved.