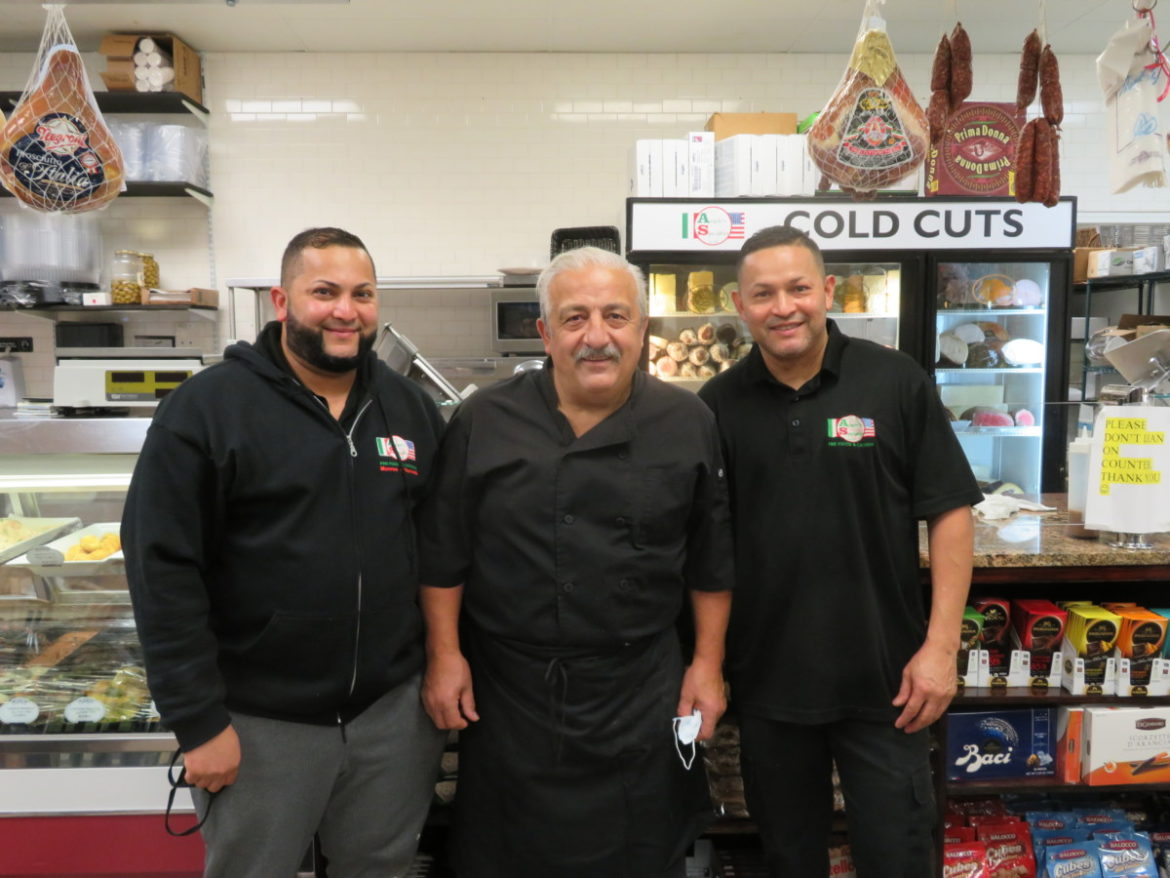 MONROE, CT — Angelo’s Specialties carries imported meats and cheeses from Italy, as well as homemade pasta, raviolis and organic olive oil. Its meat case is filled with fresh cuts of steak, homemade sausage and a ground beef mix with veal and pork for better tasting meatballs.

“We have good quality food and taste,” Angelo Competiello said of the prepared foods. “We make it the old fashioned way.”

Competiello co-owns Angelo’s Specialties with Rigo Carranza and Juan Velasquez. They have a store at 120 New Canaan Ave. in Norwalk and recently opened a second location at 292 Elm St. in Monroe after Gaetano’s Deli closed.

Velasquez had worked at Gaetano’s from 2009 to 2016, before becoming a partner at Angelo’s Specialties two years ago. It was Velasquez who encouraged Competiello and Carranza to pursue the Monroe location.

“I know the customers. I’m really friendly with everybody,” Velasquez said of his familiarity with Monroe. “When Gaetano’s closed, I told them, ‘let’s go. I know everybody there.'”

Velasquez said Angelo’s Specialties has Gaetano’s old kitchen crew, but their chef, Carranza, trained them on preparing A.S.’s foods. Since they opened the Monroe store four weeks ago, Velasquez said townspeople have embraced it.

“We’ve gotten five star reviews online, because they say the meatballs are amazing,” he said. “The short ribs, everything they see, they take it fast.”

“We get a lot of repeat customers,” Competiello said. 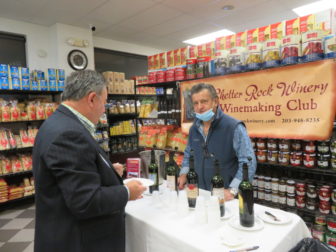 Angelo’s Specialties put out a spread of appetizers and had a wine table during a celebration of its new Monroe location Monday.

The late Anthony Scicchitano opened the A&S Pork Store on 5th Avenue in Brooklyn in 1948. Competiello got a job there as a young man in 1972.

“When I was 14-years-old, I was washing dishes and worked my way up,” Competiello recalled, “and I’m still washing dishes,” he added with a chuckle.

Competiello and his brother, Joe, owned an A&S Pork Store in Yonkers in 1980. From there, he said it became A.S. Fine Foods, then A.S. Specialties, which opened in Norwalk in 1992.

“Our fresh bread and most of our food hails from the Bronx and Brooklyn, just a few short miles down the road!” it says on the Norwalk store’s website. “We also feature imported and domestic groceries, and we make our sauces, soups, mozzarella, and burrata in-house, which is why so many patrons say it’s the best they’ve ever had!”

Aside from shelves stocked with grocery items, Angelo’s Specialties is a full-service Italian delicatessen. A glass case has pre-made salads. Prosciutto di Parma, soppressata and capocollo hang from the ceiling by the front counter in the Monroe store.

Catering is a big part of A.S. Specialties’ business. The staff prepares appetizers, sandwich platters, and hot beef, chicken and seafood dishes for any occasion. The sandwiches are made with specially baked bread from two-to-seven feet long. 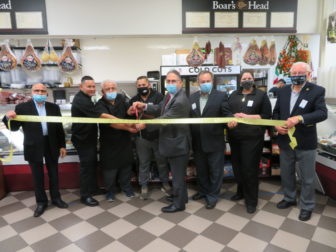 “We wish you many years of success,” Kellogg said, adding how excited everyone was when the specialty foods store opened in Gaetano’s old space. “We were overwhelmed when we heard you were coming here to fill this spot.”

Ray Giovanni, president of the Monroe Chamber of Commerce and chairman of the Economic Development Commission, also attended the ceremony along with several Chamber and EDC members.

Kellogg said the business has their support, as well as that of William Holsworth, the town’s community and economic recovery coordinator.

Giovanni noted how Angelo’s Specialties has received rave reviews already. “I think you’re going to get some momentum,” he said.

For information on Angelo’s Specialties, visit its website and Facebook page, call the store at 203-220-8273 or send an email to [email protected]