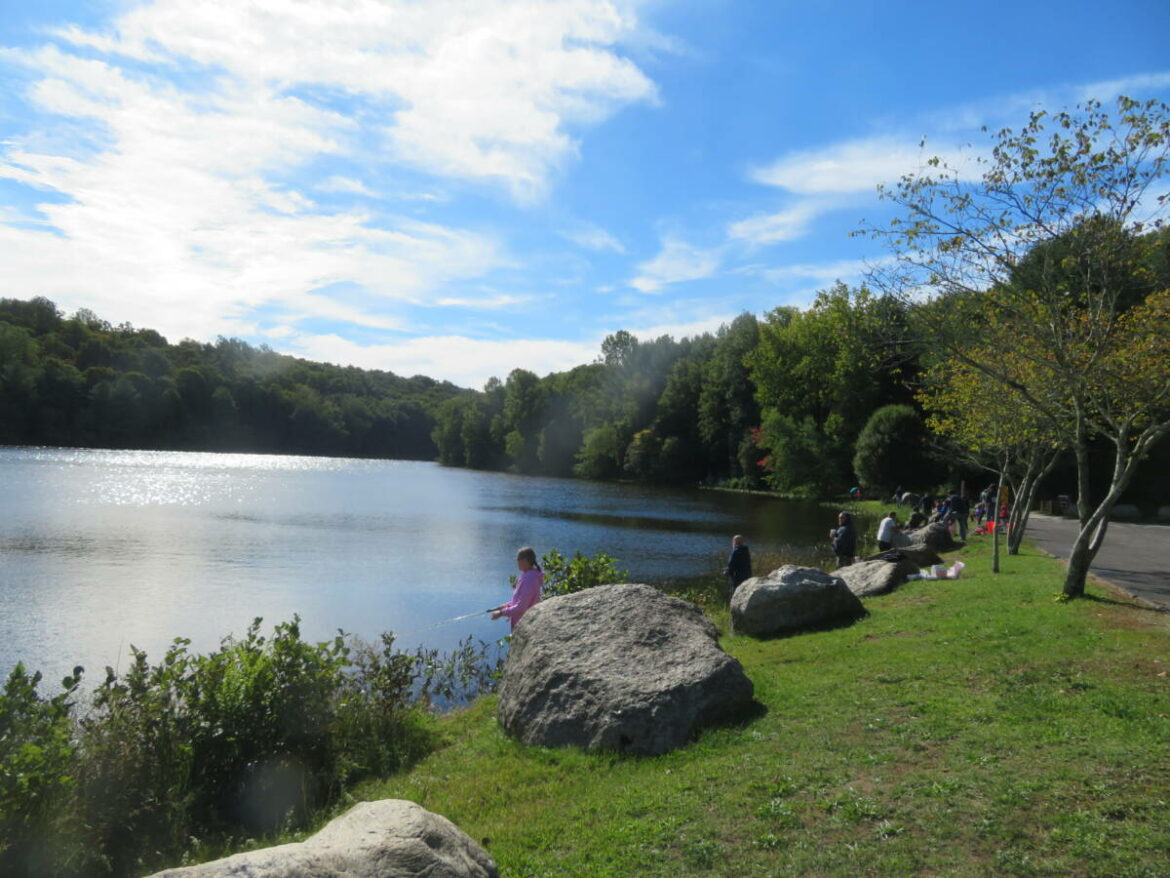 Close to 50 children participated in the 3rd District of the American Legion's annual Fishing Derby at Great Hollow Lake on a breezy Saturday morning.

MONROE, CT — Wearing a camo baseball cap and holding a fishing rod, while seated in a pink chair at the edge of Great Hollow Lake Saturday morning, a smile crept across three-year-old Daniella Aleman’s face when she felt a wiggle at the end of her fishing line.

Her father, Pedro, of Monroe, stood behind her, encouraging his daughter to slowly reel in her catch, which eventually got away. 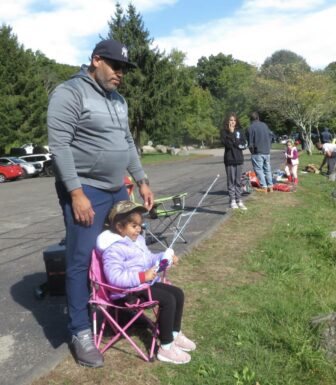 Daniella Aleman, 3, tries to reel in a catch as her father, Pedro, looks on.

Further along the lake’s edge, Mason Puttock, 13, of Shelton, carried a fish in his net as he walked to the measuring table with his friend.

Donna A. Monteleone, commander of American Legion Post 202 in Newtown and Brookfield, and Ernie Foito, commander of Post 141 in Trumbull, measured the perch, which was 11.5 inches long.

The 3rd District of the American Legion’s second annual Children’s Fishing Derby was in full swing.

“It’s nice comfortable weather for it and we got around 50 kids fishing,” said Mike Kellett, a sergeant at arms for American Legion Post 16 in Shelton, who was one of the organizers.

“The wind is a challenge for the kids while casting. Then the wind is blowing their bobbers in the weeds and they have to pull it out,” he said. “They’re working hard and they’re having fun. It’s so much fun watching the kids have a good time with their families.” 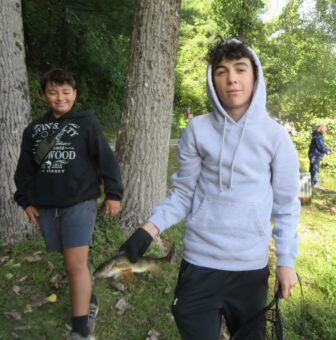 Tables at the Great Hollow Lake Pavilion displayed trophies for first, second and third place in three age categories: five and younger, six to 10, and 11 to 15. The biggest trophy was for the largest catch of the day.

Post 86 of Wilton bought the trophies and Post 177 of Bridgeport bought rods and tackle for the winners.

The other posts, including Sippin-Winspur Post 176 in Monroe, pitched in for tackle boxes and other door prizes. Each child received a ticket for a drawing and those with a parent who served in the military received an extra chance.

“It’s a little veterans appreciation thing we do,” said Kellett, a Navy veteran who served as a petty officer second class from 1982 to ’86. “We hope every kid will walk away with something.”

The American Legion was chartered by Congress as a patriotic veterans organization in 1919. Among its four pillars are supporting national defense, Americanism, Veterans Affairs and children and youth, according to Kellett. 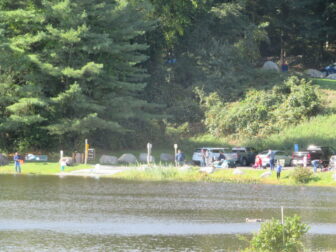 “I love these things,” said Phil Norris, of Post 16 in Shelton, who served in the Army as a specialist in the 1980s. “Just to see the kids have fun, that’s the main thing. Even when they catch a little fish, they get excited.” 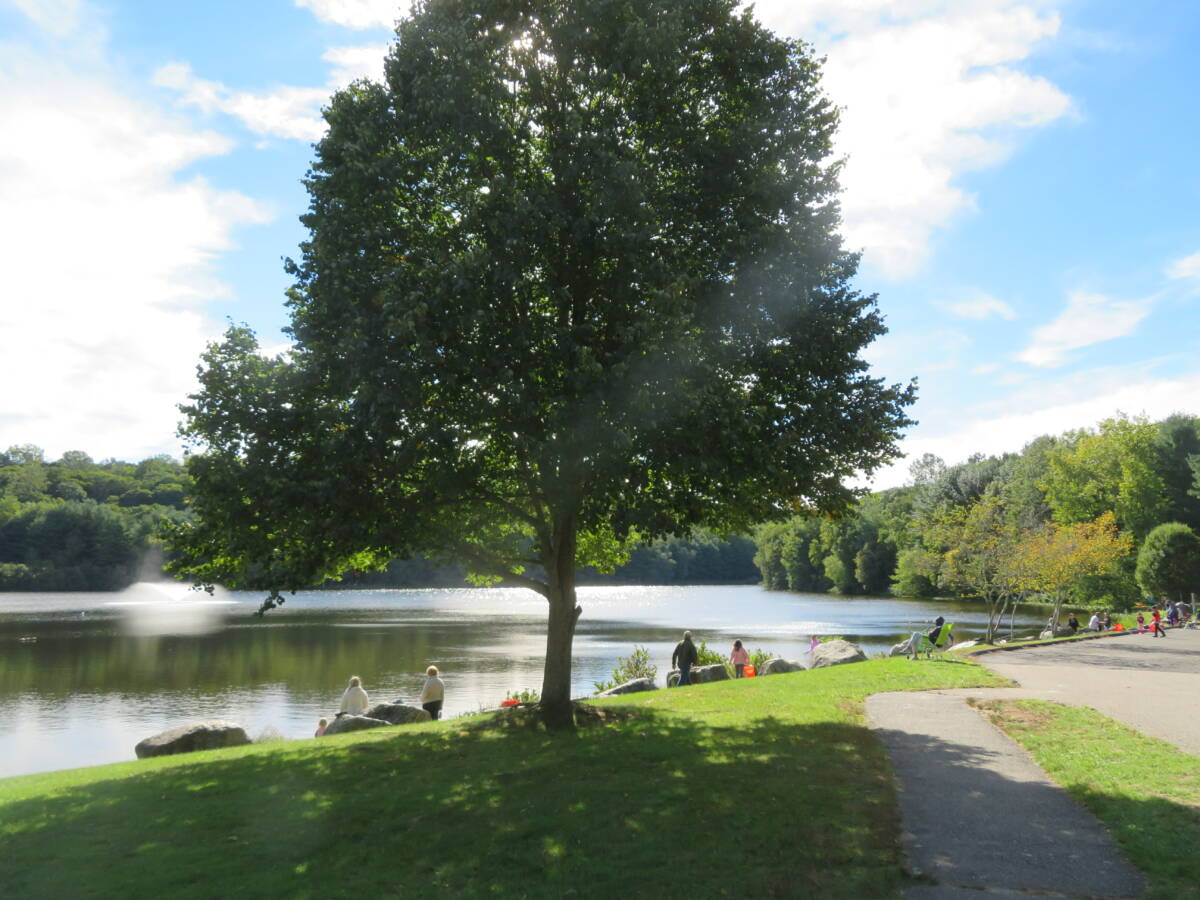 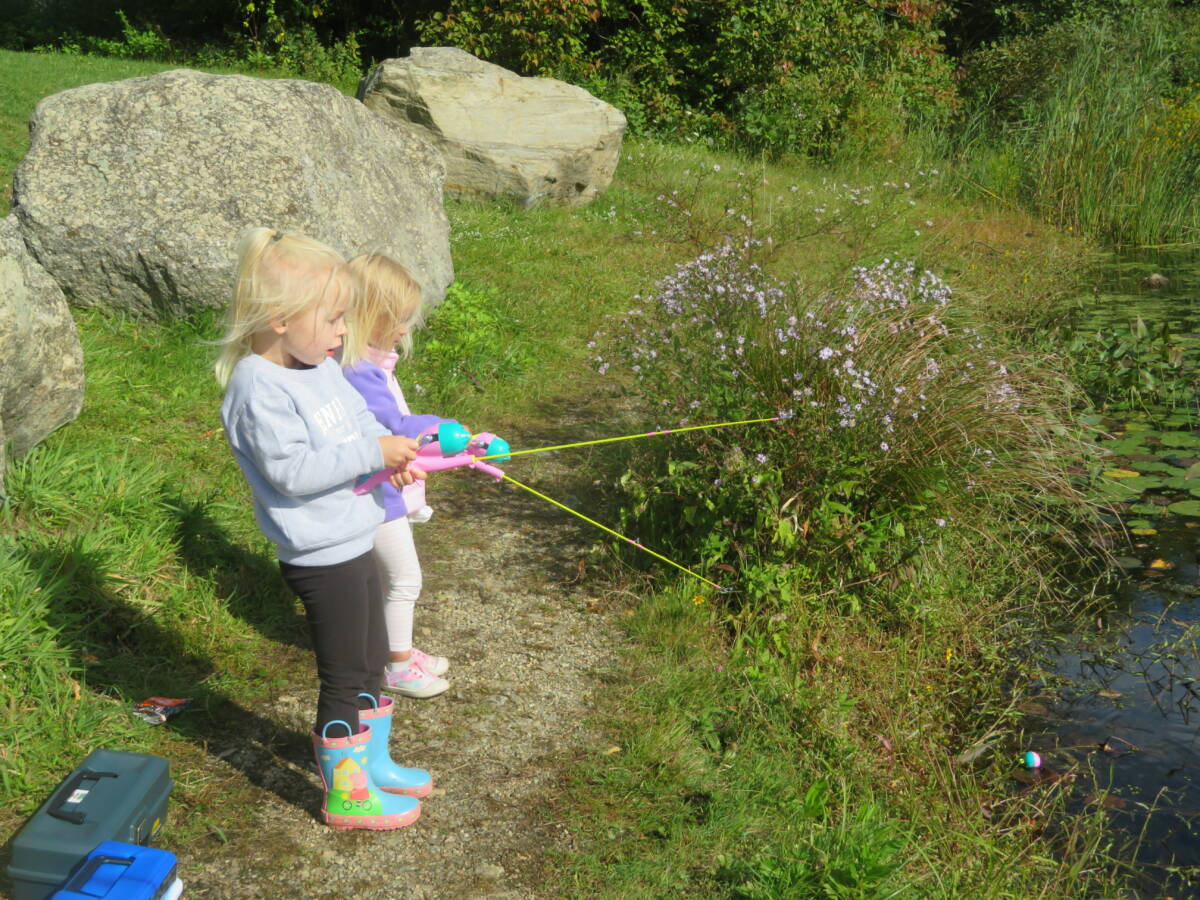 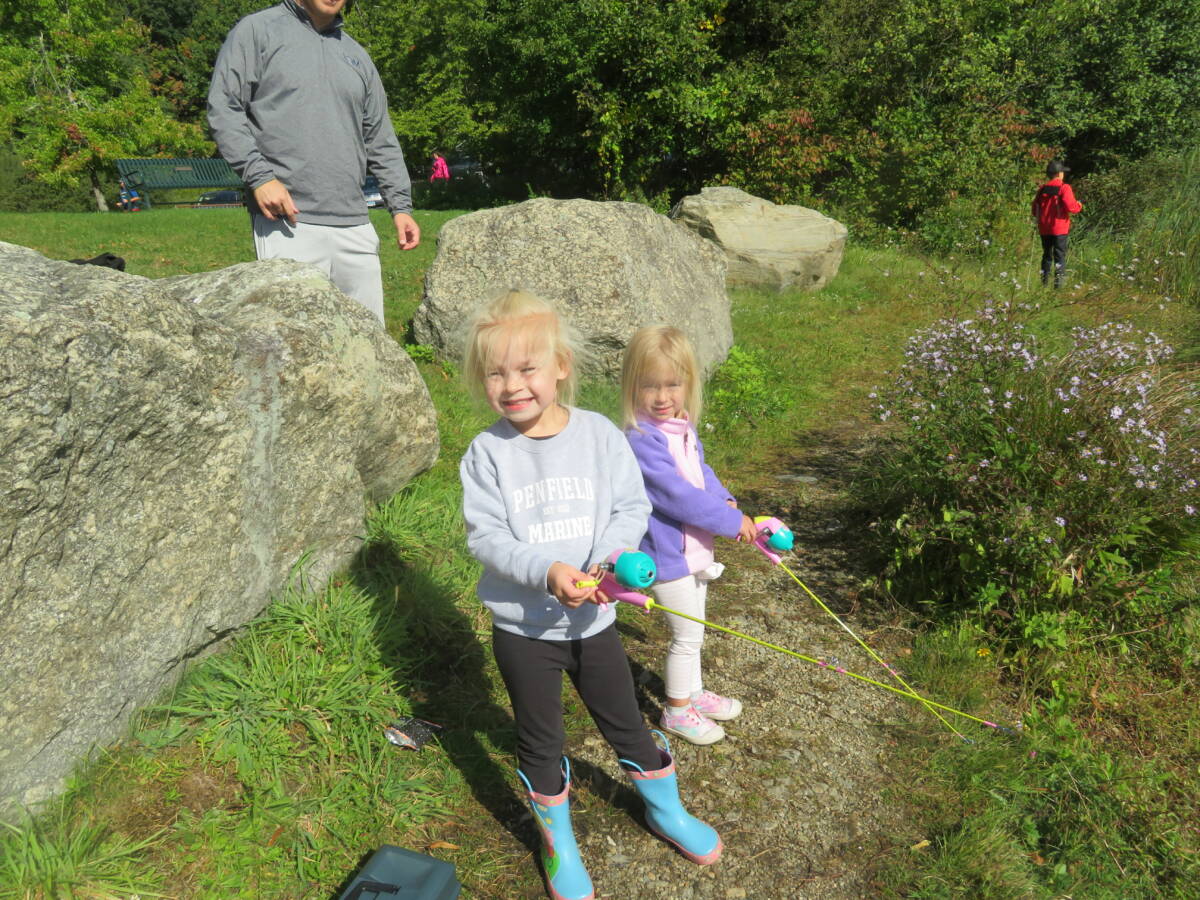 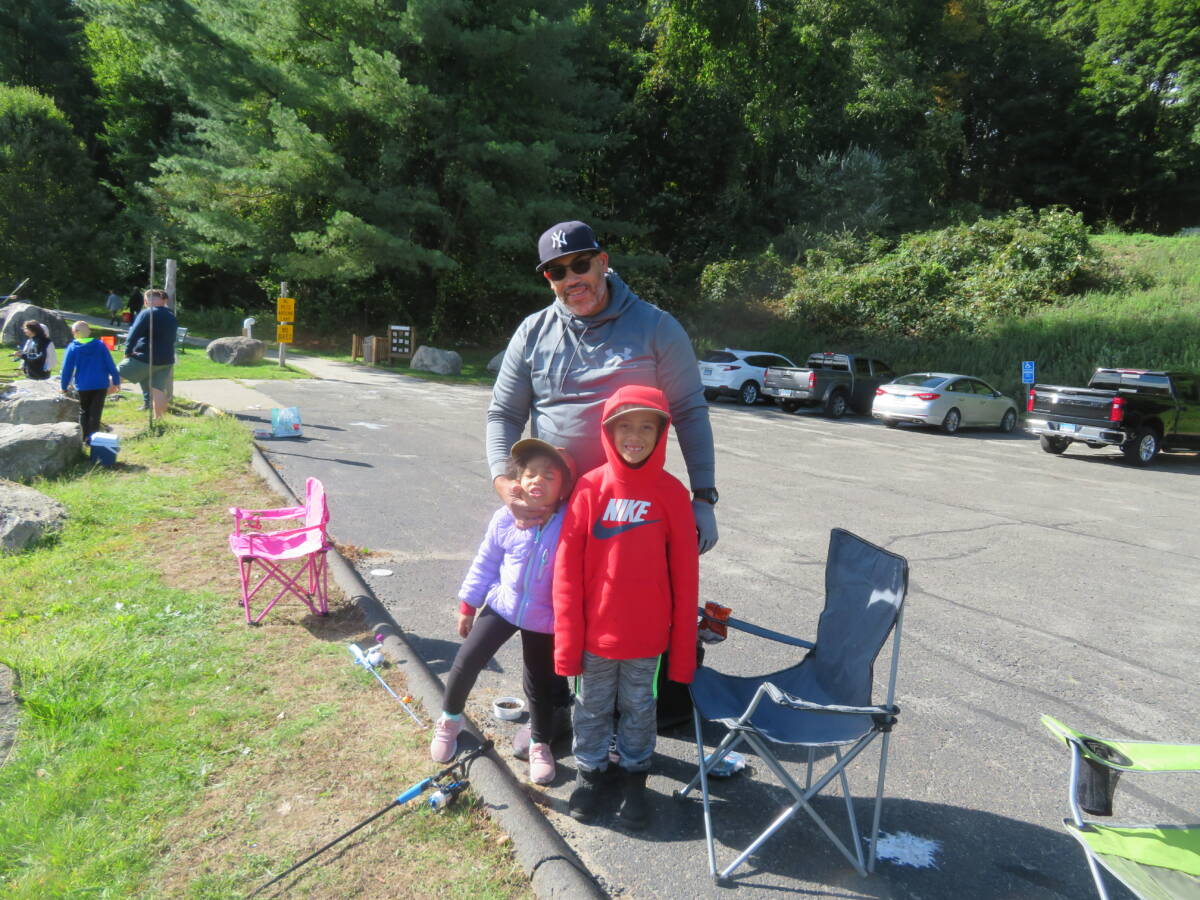 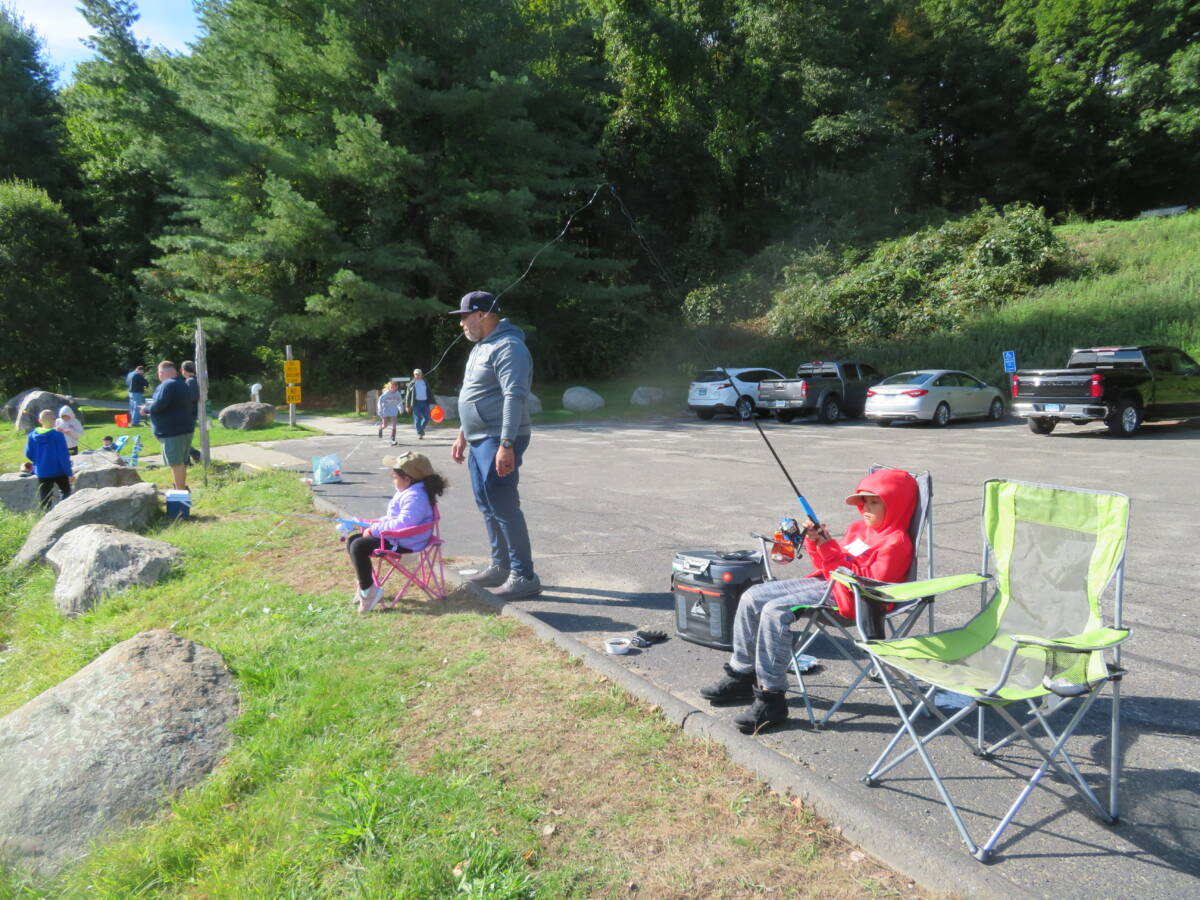 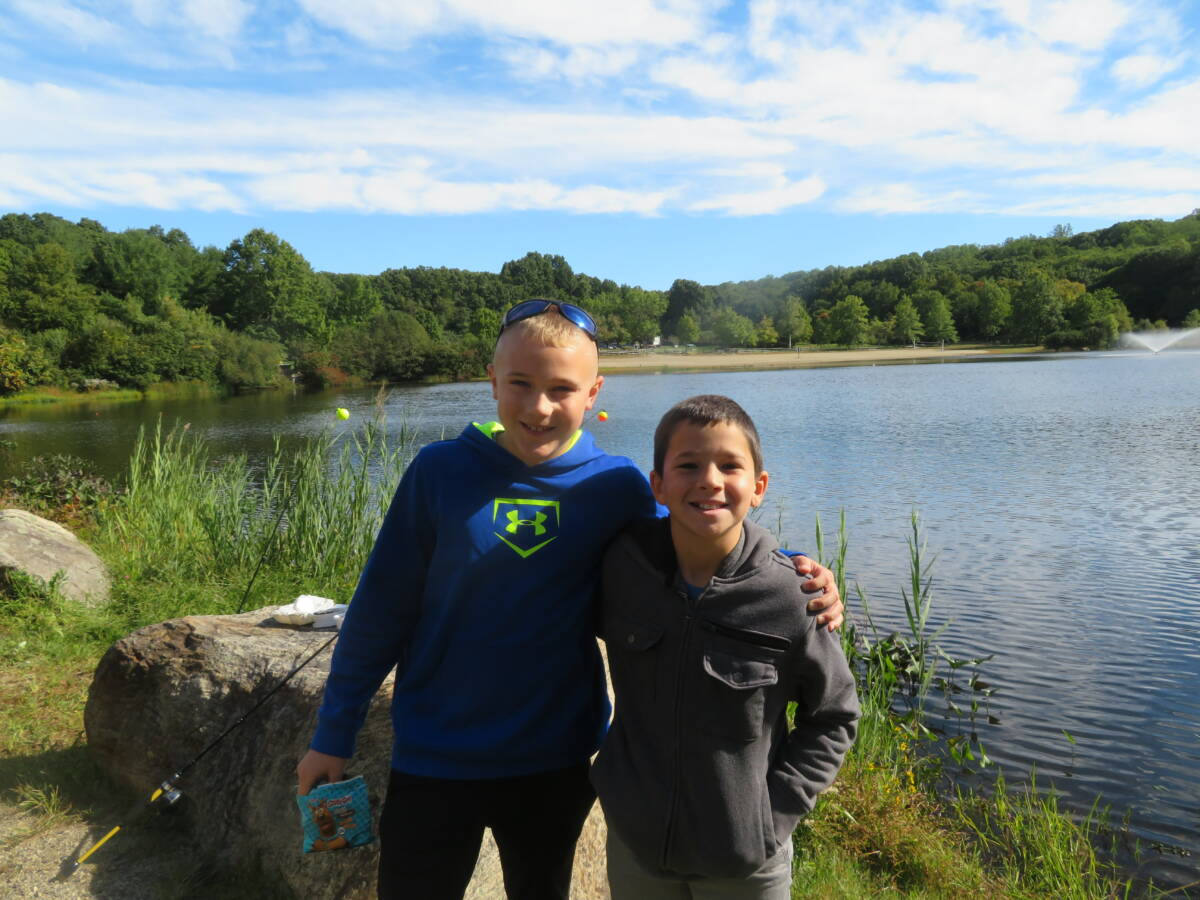 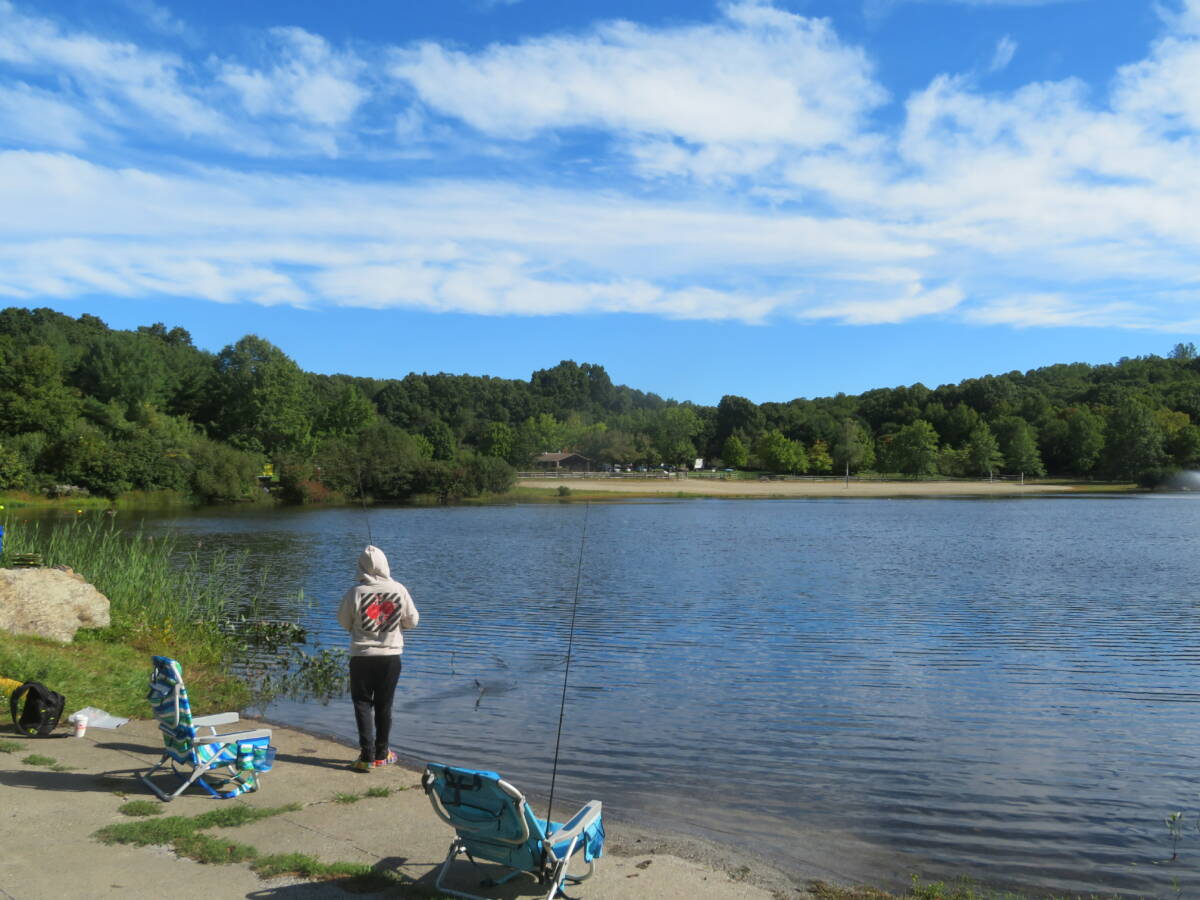 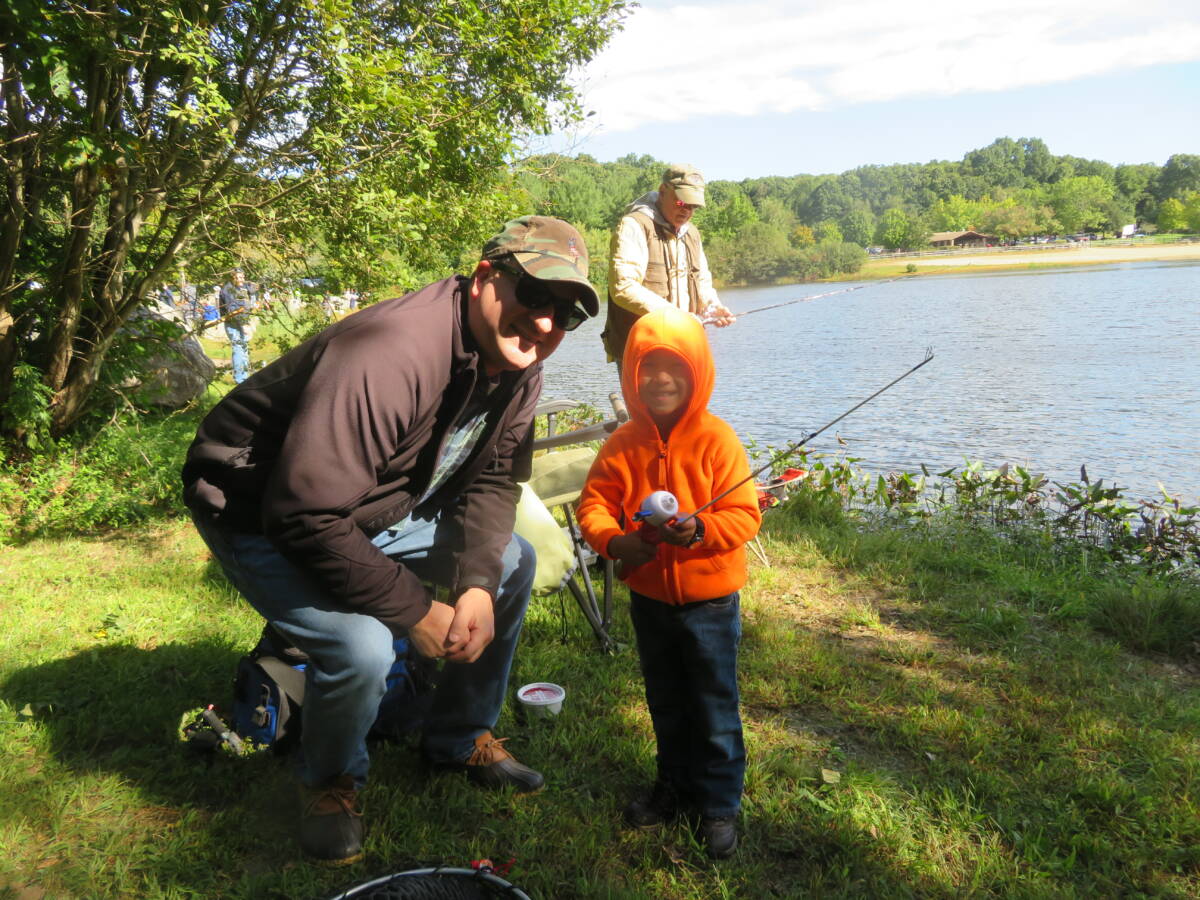 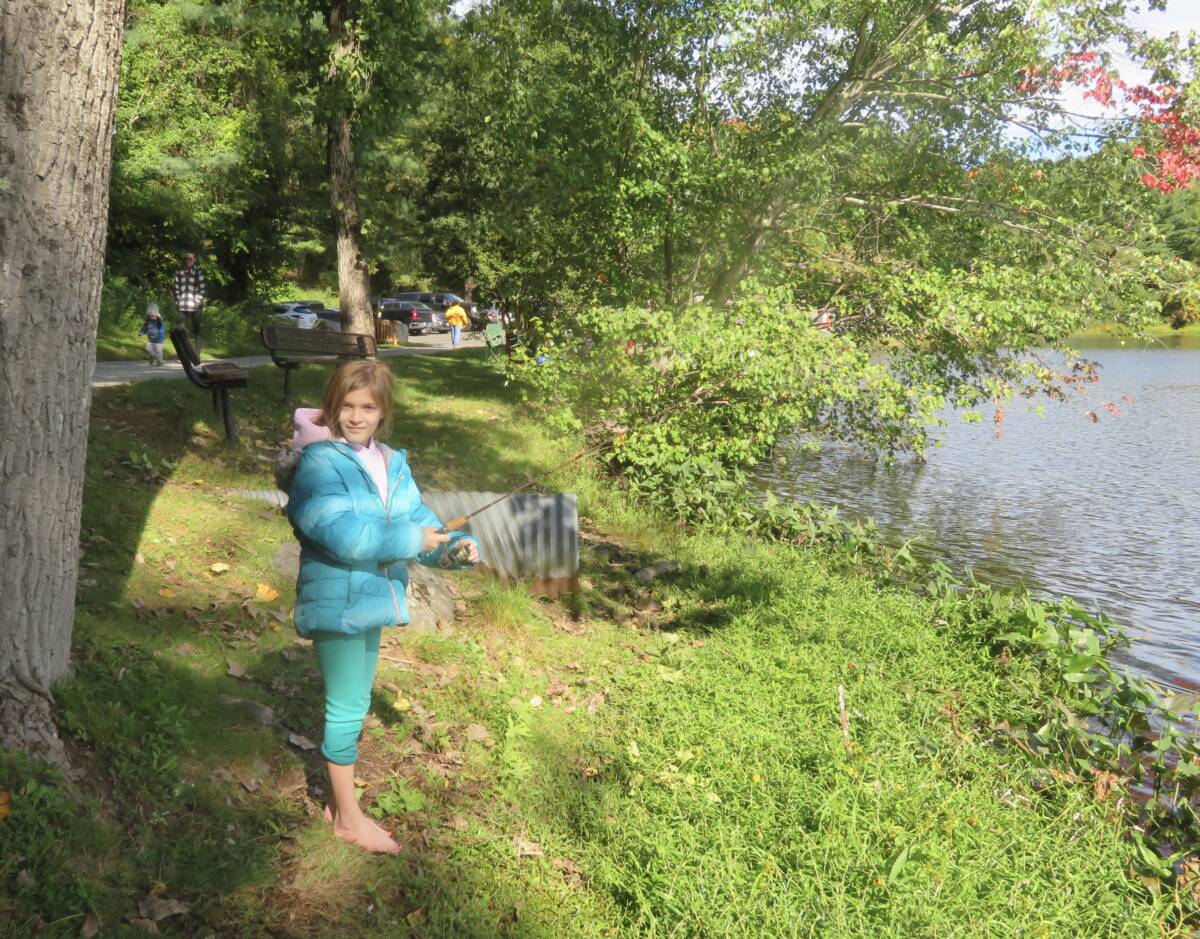 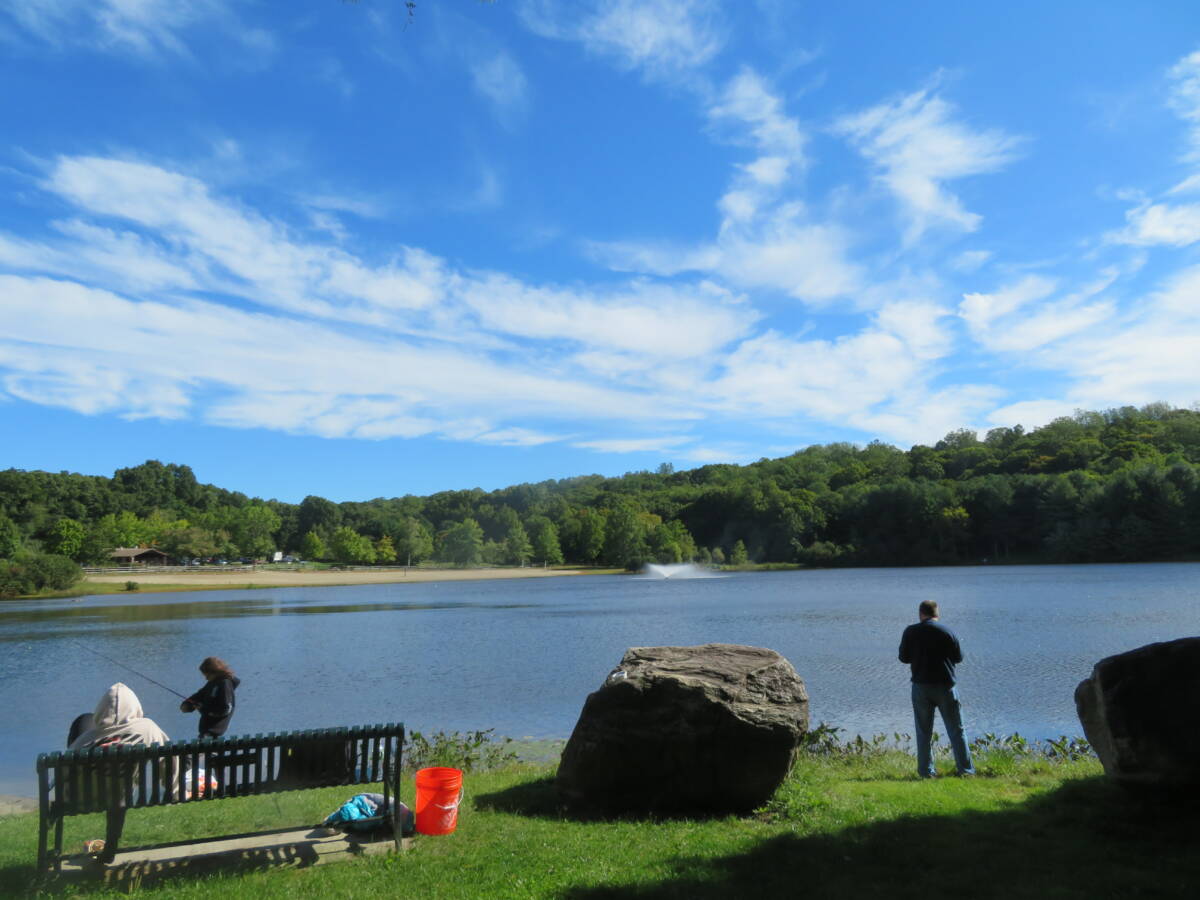 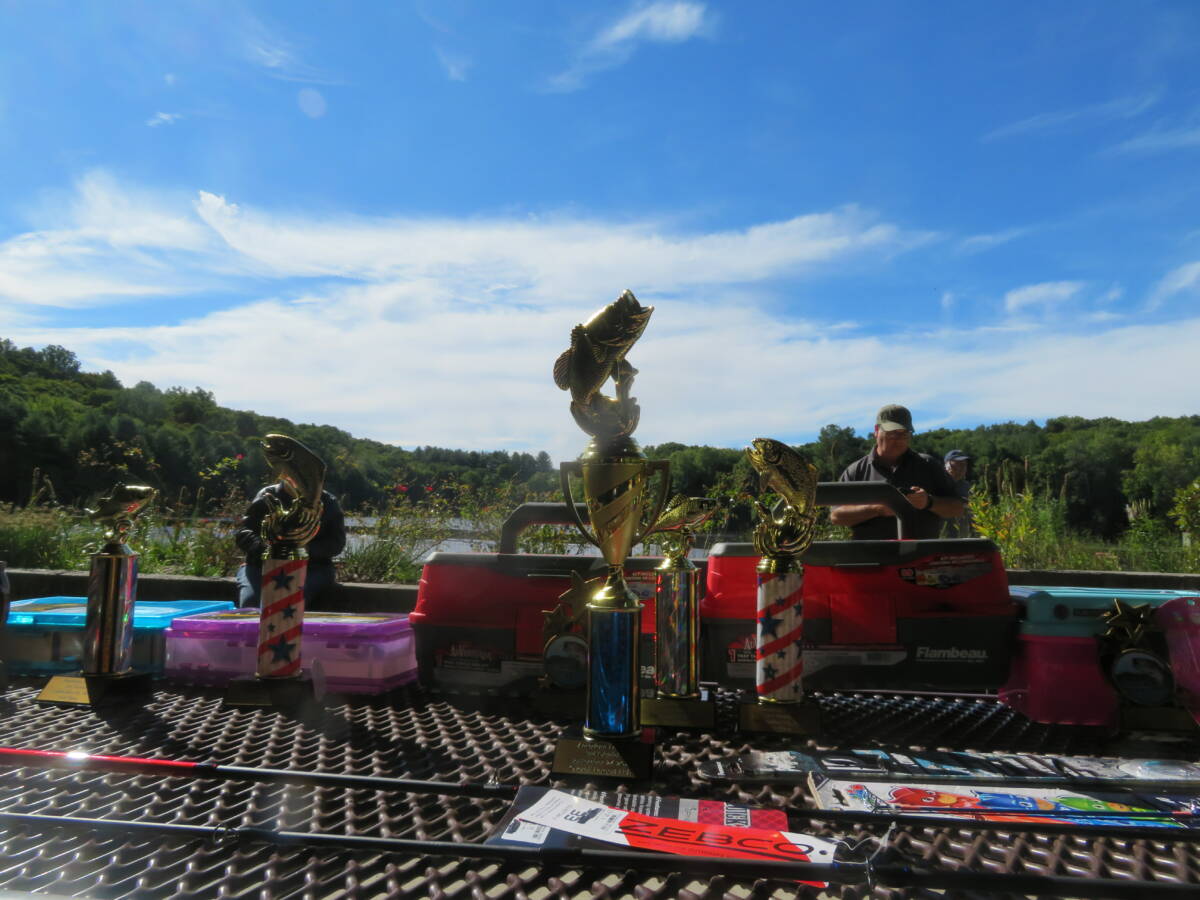