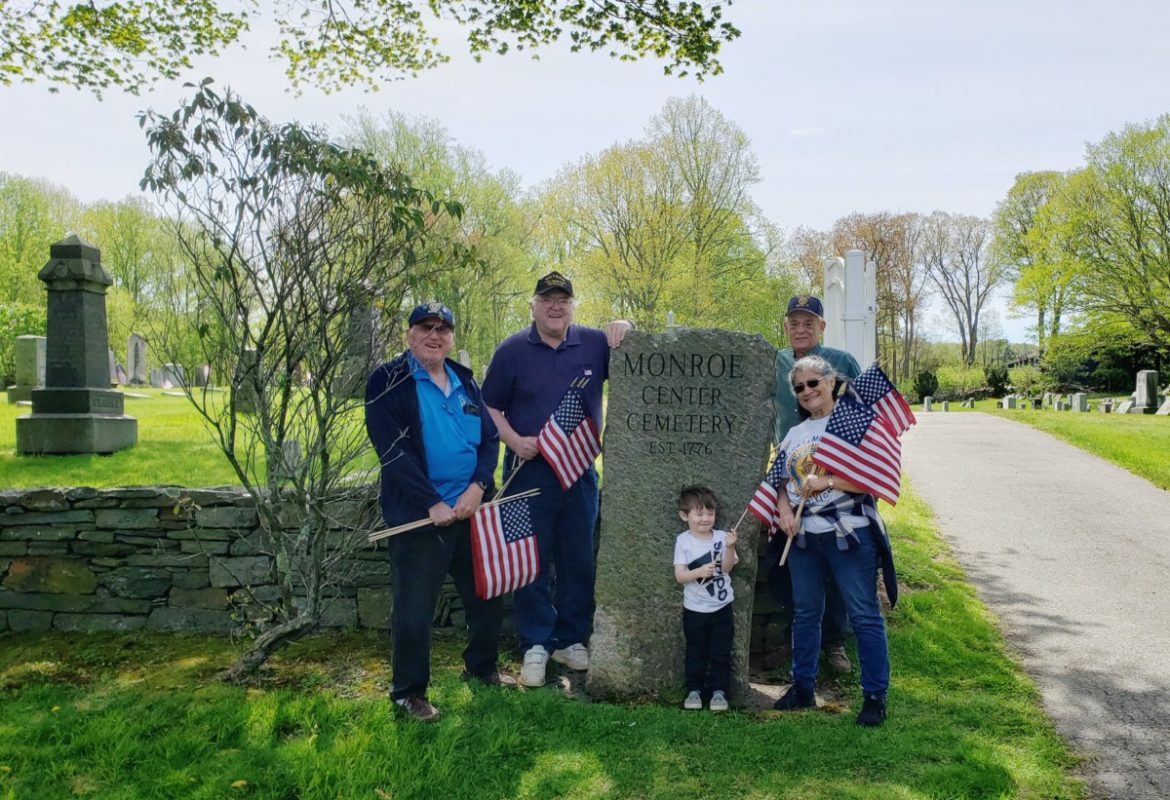 These cemeteries hold our deceased citizens and military heroes firmly in their earthly embrace, although many gravestones are unreadable due to age, moss and corrosion. We searched carefully as not to forget anyone and looked for foot stones indicating military service as well as old, rusted flag holders that say Grand Army of the Republic, a post Civil War fraternal organization similar in purpose to today’s American Legion.

A big help with finding other Civil War veterans were the granite blocks inscribed with, “2013 Civil War Commemoration VETERAN” donated by the Save Our Stepney Task Force and Brown’s Monument Works.  These blocks were installed by Eagle Scout Edward Lucano and members of Troop 62, after extensive historical research, in time for Monroe’s commemoration of the 150th Anniversary of the Civil War at the Stepney/Birdsey’s Plain Cemetery on Saturday, September 14, 2013.

Monroe’s six cemeteries include St. John’s, Monroe Center, East Village, Walker’s Farm, Cross Hill, and Stepney Cemetery. Our cemeteries contain the remains of veterans from all America’s wars including the Revolutionary War, the Civil War, both World Wars, Korea, and Vietnam through our current post-9-11 conflicts.

The Post did not want these heroes to be forgotten this Memorial Day, despite the pandemic.  Six of our members were able to help with this task: Post 176 Commander, Victor Yanosy, Dan Kirk, Ray Ganser, Jim Bullard, Jan Larsen, and Norma Bissell, who got some help later in the morning from her son and grandson, who posed with a flag with those of us present at the Monroe Center Cemetery. Those members not in the picture had split up with us to install the flags at Stepney and Cross Hill.