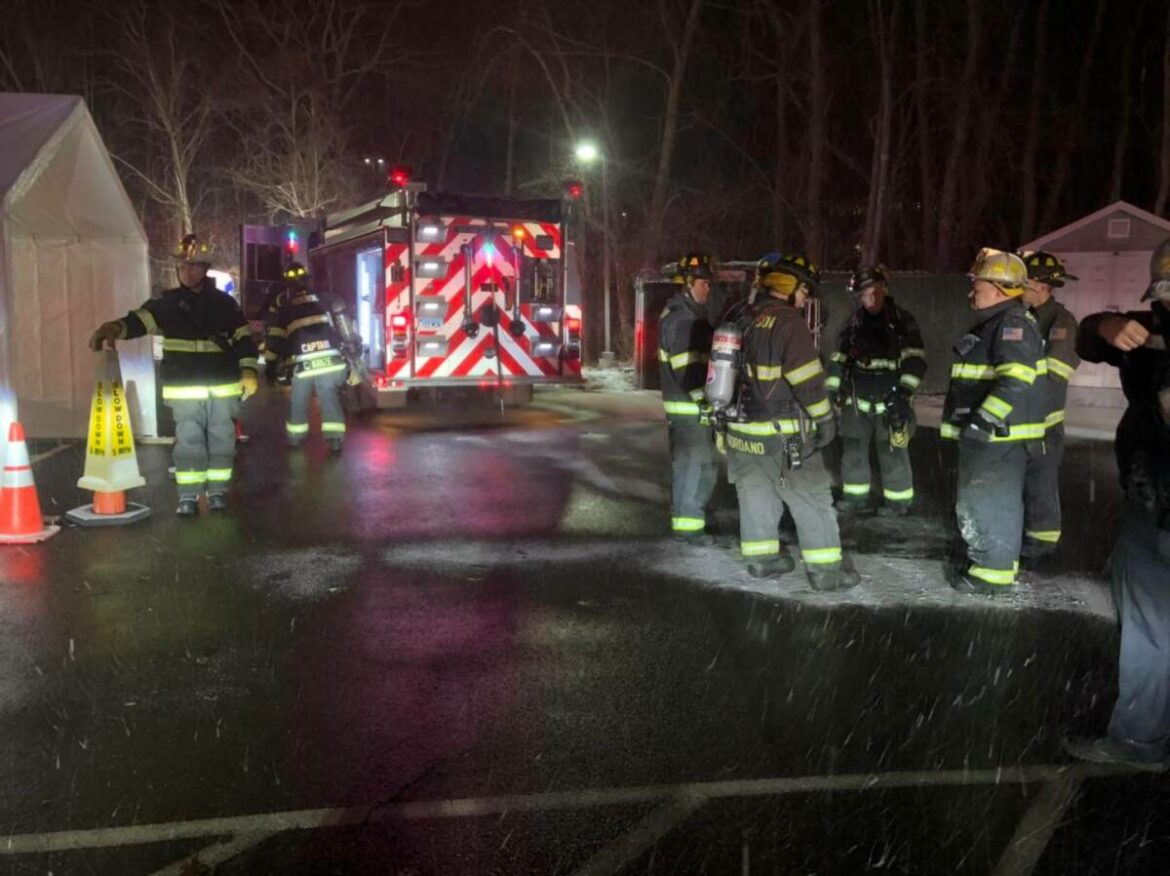 MONROE, CT — An alarm sounded at the Aquarion Water Co. building on Monroe Turnpike just before 3 a.m. Sunday, enabling a quick response by firefighters who contained a fire to one room.

In a Facebook post on the Monroe Volunteer Fire Department No. 1 Inc. Facebook page, firefighters said the cause for the fire appears to be electrical. However, Fire Marshal Bill Davin’s investigation into the cause is still underway.

Volunteer firefighters from the Monroe and Stepney fire companies responded to the first alarm.

Catalano and a police officer arrived at the scene within minutes. He said they entered the building, finding a smoke condition throughout much of its 27,000 square feet and confirming no occupants were inside.

A second alarm was immediately struck adding Stevenson Volunteer Fire Company, White Hills and Huntington fire companies, as well as the Monroe Volunteer Emergency Medical Service and additional Monroe police officers to the response, according to the Facebook post.

Fire crews advanced a hose line and located an active fire, which was quickly contained to one room, Catalano said, adding units remained on scene for an hour performing overhaul and using several fans to clear the building of smoke.