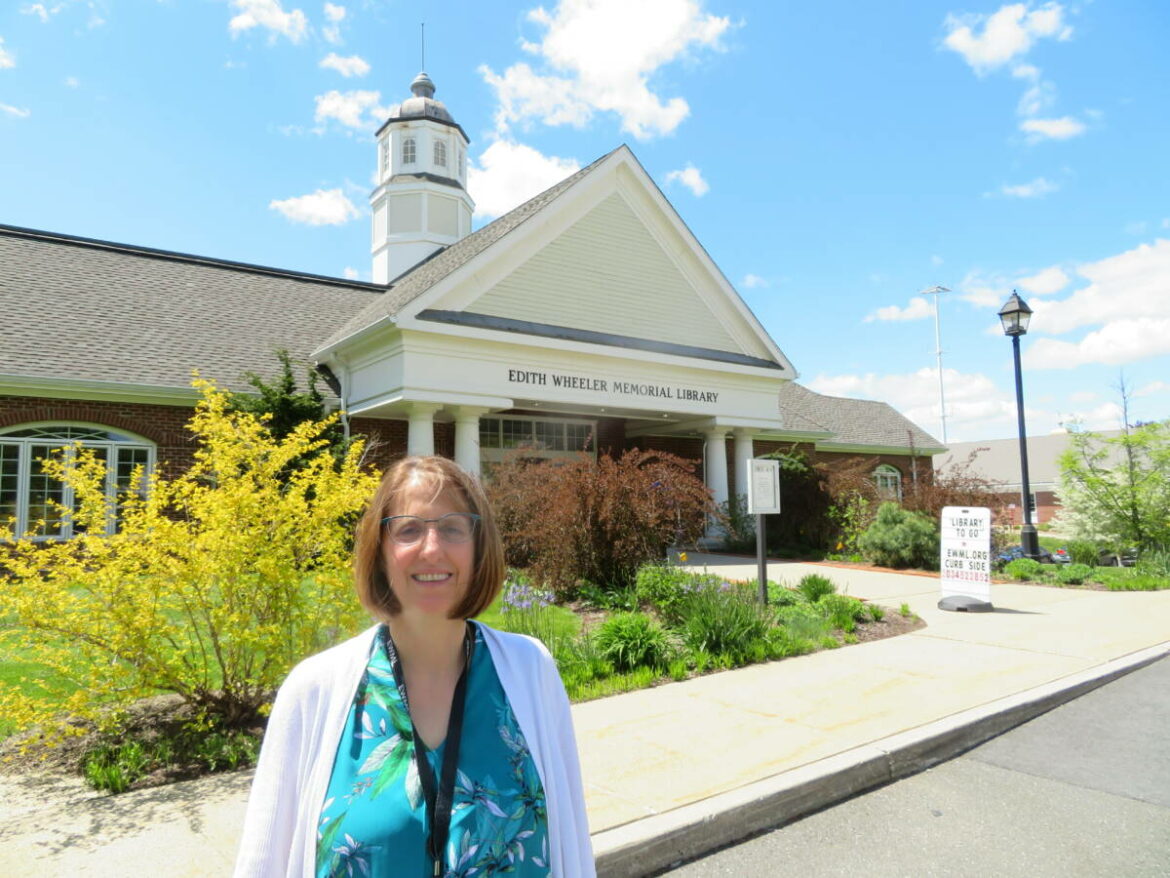 Lorna Rhyins is leaving her post as director of Edith Wheeler Memorial Library after accepting the top job at New Milford Public Library.

On Wednesday afternoon, she received a visit from her predecessor, Margaret Borchers, and the two women recalled one memorable day they had working together in 2017, when a frozen pipe burst over the cafe area of Edith Wheeler Memorial Library the weekend before Martin Luther King Jr. Day.

“The water was pouring out of the ceiling,” said Rhyins, who was the adult-teen services librarian at the time. “I was holding up a garbage bag and directing the water, like shoot into the can and yelling to people, ‘get the books! Get the books!’ I didn’t know where the water turnoff was.”

“We both know where it is now,” Borchers said with a grin.

“We lost over 500 teen books and that area was closed off for a while with the water damage,” said Gail Wood, a longtime library employee.

Rather than simply fixing the pipe, the library decided to renovate the area with a new Makerspace and cafe using the insurance money and a $93,000 donation from the Monroe Lions Club. The planning for the project started under Borchers and Rhyins saw it to completion.

“She finished the planning for it admirably,” said Borchers, who hired Rhyins in 2008.

“I am thrilled for this opportunity for her,” she said of Rhyins’ new job at New Milford Public Library. “She did a great job here. She will do a great job in New Milford. She will be missed here.”

“I am grateful for her many years of leadership at the Edith Wheeler Memorial Library, where she has successfully expanded our services, programming, and
partnerships in the community,” Kellogg told the Town Council at its meeting Monday night.

Rhyins last day is May 28 and she will start her new job in June. She lives in Brookfield, so it will be a shorter commute.

“I have so enjoyed working with the staff and board of the library, and the town of Monroe staff,” Rhyins said. “I will miss all the wonderful patrons I have met over the years. I am excited to be moving on to a new and challenging position, but Monroe will always hold a special place in my heart.”

Rhyins also said she enjoyed working with all of the library’s volunteers and community groups, like Friends of Edith Wheeler Memorial Library and the Monroe Lions Club, over the years.

Aside from the new Makerspace and cafe, Rhyins said she will always remember running the library amid the COVID-19 pandemic, as she and her staff beefed up their online offerings and operated a Library to Go service, allowing patrons to access materials during the shutdown.

“I’m very happy for her,” said Wood, who worked under three directors. “We worked together for a long time.”

new Makerspace and cafe, after repairs to the burst pipe four years ago. 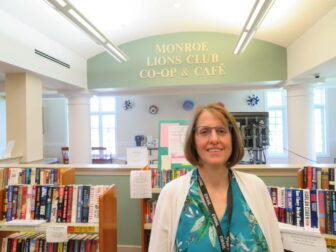 “I just hate the fact that she’s leaving,” said Lynn Harrison, a library assistant. “I very much loved working for her and with her.”

“We wish her the best of luck,” said Lauren Obach, the adult-teen services librarian.