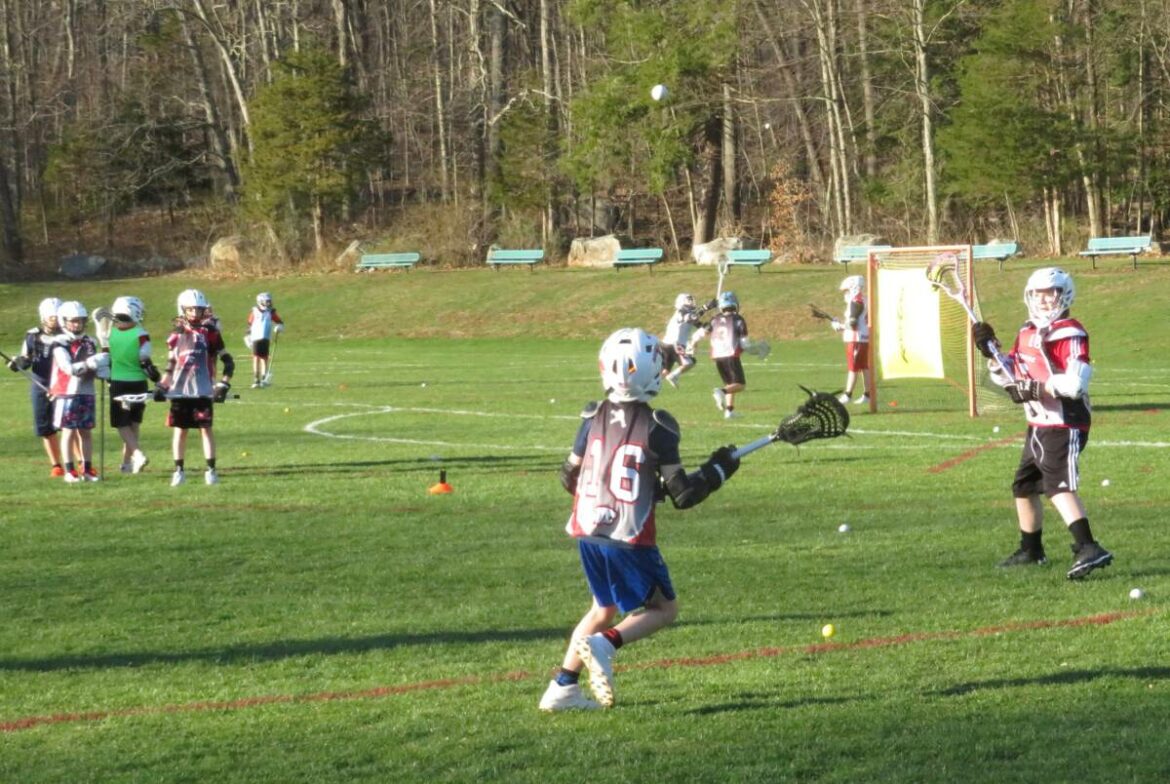 A Monroe Lacrosse Association player runs to catch a pass during practice Thursday.

MONROE, CT —The sun had yet to do down Thursday evening, when boys from youth lacrosse teams crowded onto a ball field at Great Hollow Lake to practice their stick handling skills under the watchful eyes of Monroe Lacrosse Association coaches.

Suzanne Stephens, the association’s president, said close to 100 families signed their sons and daughters up to play lacrosse this season, fitting them for helmets, jerseys, shorts and cleats after last year was lost to the COVID-19 pandemic.

Dana Firmender, director of fundraising for the Monroe Lacrosse Association, said the children’s enthusiasm for the sport shone through since practices began last Monday.

“You could tell they were doing a lot of backyard practicing during the pandemic,” she said. “It’s great to see them together again — and they’re so happy to be together.”

Firmender and Stephens said participation in Monroe Lacrosse Association is on the rise.

“It’s not as popular as football, but its popularity is growing,” Firmender said. “It’s a great outdoor spring sport.”

Monroe Youth Lacrosse has four boys and four girls teams and all team colors are red, black and white. 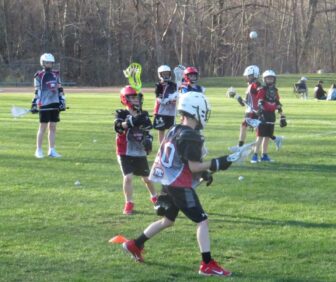 “So there really is something for everyone, which is great,” said Firmender, whose daughter plays on the Lightning and son plays on the Juniors.

Stephens, who has a daughter on the Seniors, said children often play because an older sibling does. “We have a little girl, who is three,” she said of one player. “She’s tiny. She came with her cleats and lacrosse stick, ready to go and keep up with her big brother.”

“We try to align with the teams we play in high school, Amity, Bethel …” Stephens said of the scheduling.

The teams play 12 to 14 games in the regular season, building up to the CONNY tournament.

“I don’t know how it will look this year,” Stephens said of the tournament. “Typically, it’s at Yale with food trucks and vendors. It’s so much fun. The kids love it.”

Monroe Lacrosse Association families also enjoy an awards ceremony and cookout at Wolfe Park at the end of every season, according to Stephens. 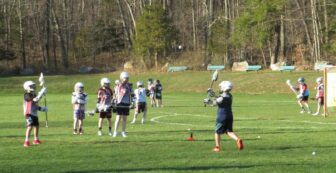 Participation in youth lacrosse is on the rise in town, according to Monroe Lacrosse Association President Suzanne Stephens.

The Monroe Lacrosse Association is having a raffle fundraiser with a brand new 2021 Peleton bike as the grand prize. Tickets cost $25 each and the drawing will be at Wolfe Park on Sunday, June 6, though the winner does not have to be present.

Stephens said all of the proceeds go back into the program, with money being spent on referee fees, uniforms, clinics, rental space and equipment charges. 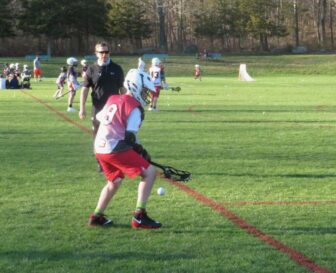 Youth lax players dreaming of playing for the Masuk Panthers one day get to meet the high school teams through their participation in the Monroe Lacrosse Association.

“We do have a lot of games on the Masuk High School field,” Firmender said. “It’s a beautiful field.”

“We have a good connection with the high school teams,” Stephens said.

She said Masuk players from the boys and girls teams help Monroe Lacrosse Association players in practices and the Masuk girls team hosts a Youth Lacrosse Night, inviting the youth teams to come onto the field at halftime and to sometimes play scrimmages. 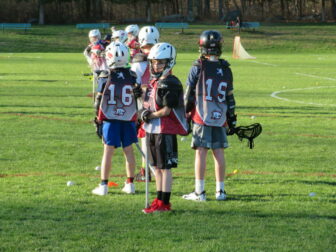 During Thursday’s practice, youth lacrosse players used their sticks to pass the ball to their teammates.

“Lacrosse has similar skills to basketball and football with hand-eye-coordination,” Firmender said.

Evan Taylor, 11, who has played lacrosse since he was four-years-old, was among the players doing the drills. “My dad used to play,” he said. “He’s coaching my younger brother.”

John Taylor played lacrosse in high school and is a coach for Bantam, the team his other son, Colin, 7, plays for.

“It’s just really fun and I get to spend time with my friends,” Evan said.

A lacrosse team has 10 starters on the field at once, playing defense, midfield and attack, which includes the three players on offense who do the scoring. Evan’s favorite position is attack.

Evan reflected on being on the field with his teammates again after a lost season last year. “It was very upsetting,” he said. “It’s extremely fun to play. It feels great to be back.”

One thought on “After a year of no lax, Monroe youth lacrosse roars back to life”