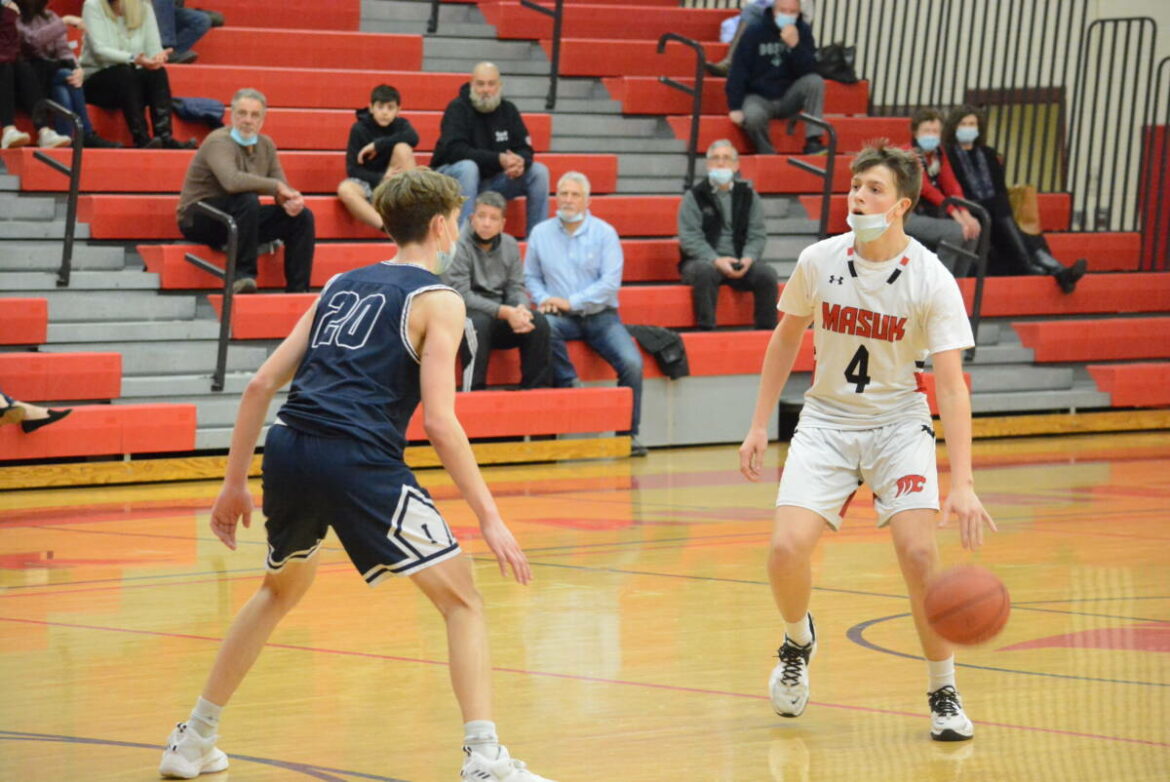 Dylan Jackson dribbles the ball for Masuk during a regular season game against Immaculate.

MONROE, CT — It was a solid season on the whole for Masuk High’s boys basketball team — especially when you consider the new-look roster with three starters having to be replaced due to graduation from a year ago, as well as some tough competition in and out of the South-West Conference.

“I was definitely pleased. I was very pleased with the way we played, especially with our schedule,” said Coach Pete Szklarz.

Masuk went 10-10 during the regular season slate, was the No. 21 seed and traveled to No. 12 Ledyard in the first round of the Division III State Tournament on March 8. The Panthers nearly overcame a couple of first-half injuries to starters and a double-digit Ledyard lead before falling 58-47.

“Guys off the bench stepped up. We cut it to four at one point,” Szklarz said. “I think if we were at full strength it would have been a different story.”