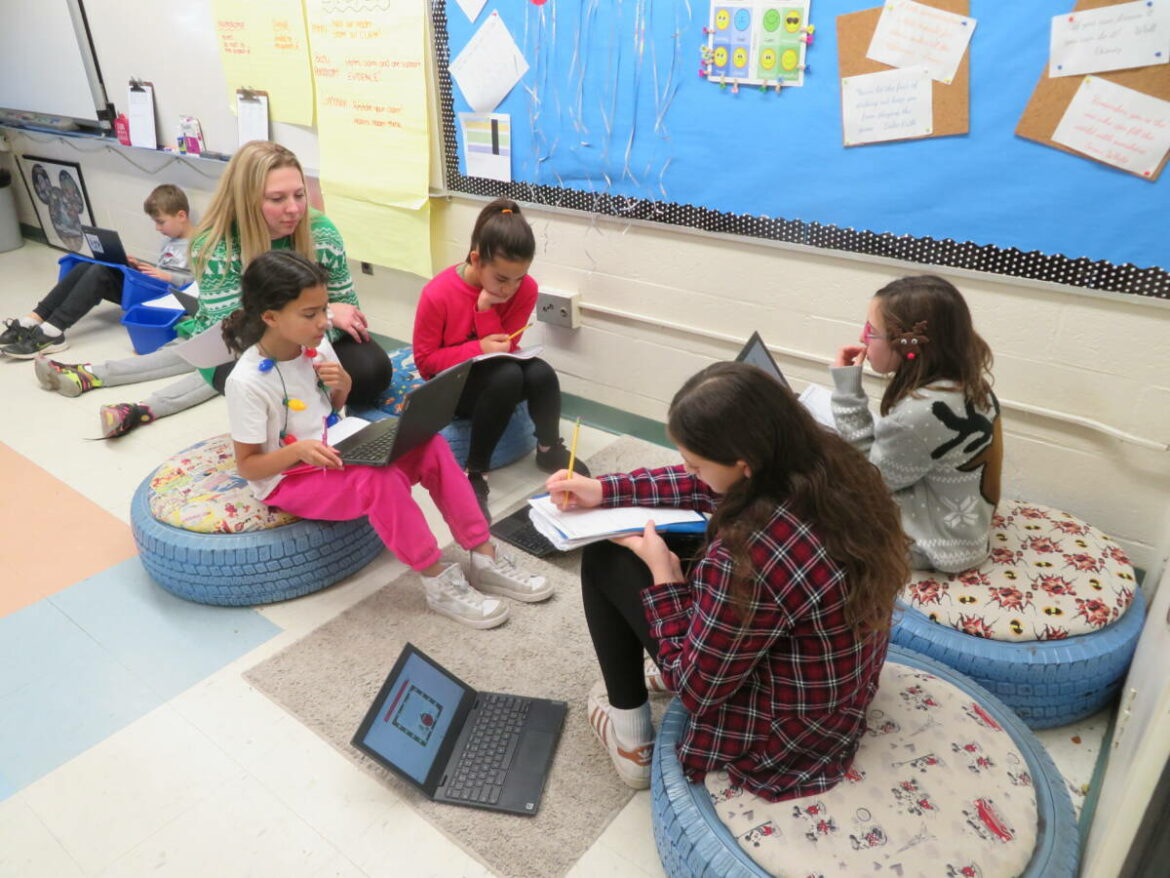 Superintendent of Schools Joseph Kobza recently announced that, for the first time in history, all three of the town’s elementary schools — Monroe, Stepney and Fawn Hollow — were recognized as Connecticut Schools of Distinction in the same year.

The following story is the first in a three part series highlighting each school.

MONROE, CT — It was late on a Wednesday morning and Monroe Elementary School fifth grade teacher Amanda Cirino’s students worked together to free themselves from an escape room.

The class broke up into small groups and followed a sheet with mathematical problems. Students had to complete five tasks, entering answers into their Chromebooks for each one, while finding and unscrambling mystery letters to solve a riddle. 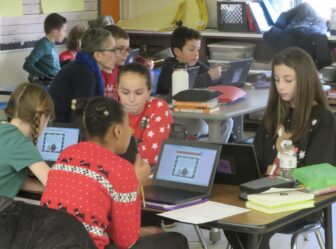 In one task, Mrs. Claus baked two varieties of cookies and students had to use information, such as the number of chips and sprinkles, to determine how many of the 10 cookies on her plate would be chocolate chip.

High performance and growth in math are among the factors that propelled Monroe Elementary School to Connecticut School of Distinction status, according to Principal Kelly Svendsen. The recognition comes from the Connecticut State Department of Eduction.

MES’s test scores on the SBAC (Smarter Balanced Assessment Consortium) test last spring were among the top 10 percent of participating state elementary schools for High Performance of All Students, High Growth of math overall and for “High Needs” students. 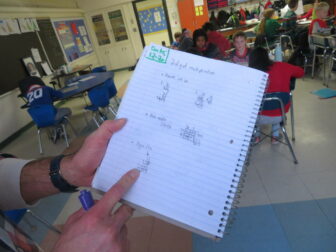 “I taught them three different ways to solve the problems,” Rinn said. “They have to show me each of these strategies once, then they can choose which one works best for them.”

The strategies include the area model, the powers of 10 and the algorithm — the “old school” way requiring more memorization.

Of the improvement Monroe Elementary students are showing in math, Rinn said, “I think it’s because they have some ownership of the learning. They can gravitate to the strategies that best suit their learning styles.” 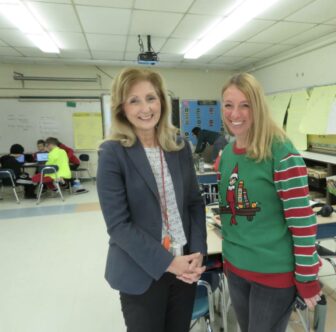 The Common Core standards began in Connecticut in 2010, so Rinn attributes some of the improvement in math to the fact that more students are learning the same way from day one.

“These kids have been practicing it growing up,” he said.

“Even as young as kindergarten, they learn to add and subtract and it grows every year,” Svendsen said.

“It’s just a verification of the hard work we do as a team,” he said of MES being a Connecticut School of Distinction. “It’s just nice to be recognized for what we do.”

Roseanne Haughton, the district’s math and science coordinator for grades k-5, ensures there is consistency across the board.

“Her work is important, because she unifies our content and curriculum,” Svendsen said. 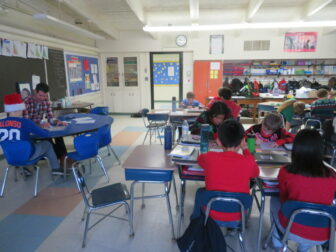 “Our teachers are always dedicated to meeting the needs of all our learners,” Haughton said. “We build foundational understandings of math. We move from the concrete to the abstract. That is our goal in math. We work towards that.”

Haughton said Monroe Public Schools expects its math students to develop their own understanding and communicate their thinking, rather than simply finding an answer.

“They’re engaged in their own learning,” she said. “We’re so proud of our teachers, our staff, our students and our educational community — parents and PTO. Our teachers are very knowledgable and dedicated.”