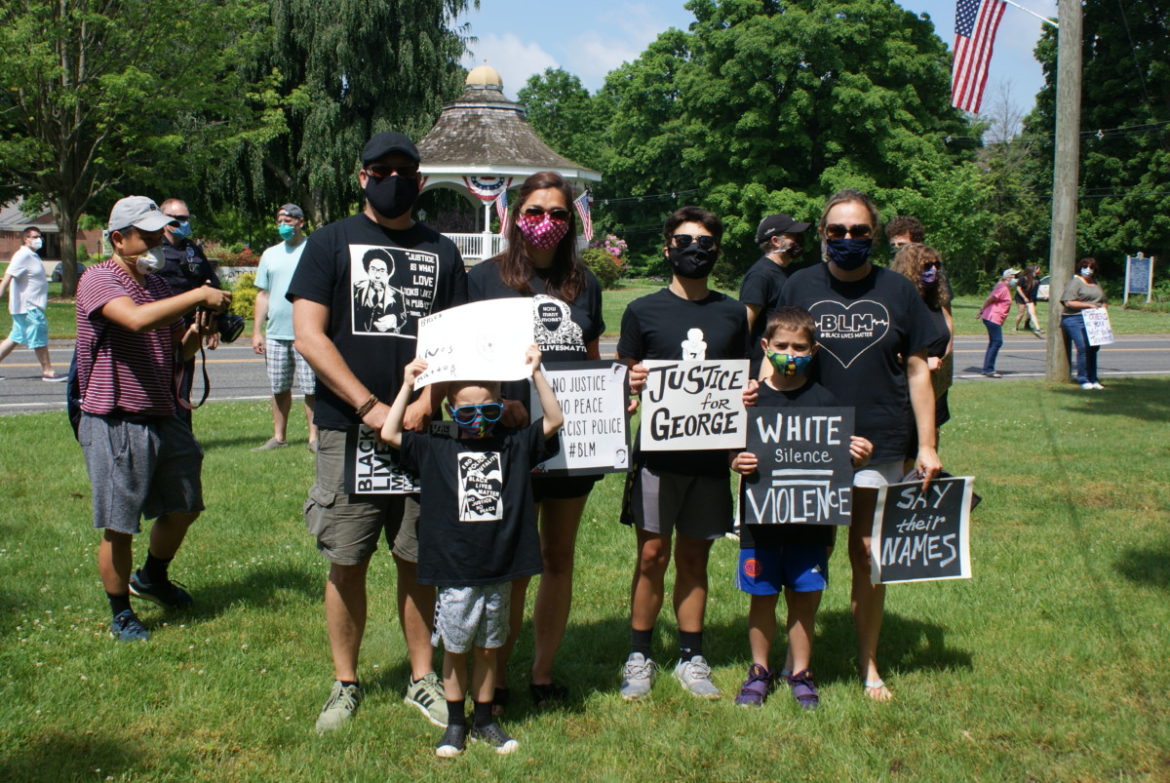 MONROE, CT — Community leaders rallied on the Monroe Green Saturday to spread an anti-racist message of solidarity, and emphasize the need for educating society on discrimination and injustice in the wake of George Floyd’s death.

“I think the event went great. It was a demonstration of how a community can come together as one and address the issues that are taking place currently right now in our nation,” said Carlos Reinoso Jr, the lead organizer for the event and a member of the Monroe Youth Commission. “It was beautiful to see that. It brought tears to my eyes because this is what Monroe is about.” 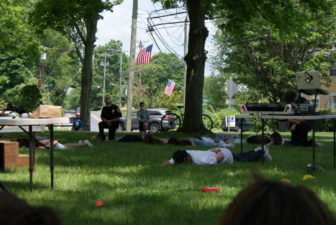 Halfway through the demonstration, attendants knelt or laid face-down for four minutes and 23 seconds signifying half the amount of time former Minneapolis police officer Derek Chauvin knelt on George Floyd’s neck. At times, Reinoso and demonstrators shouted out Floyd’s final words. Sporadic cries of “I Can’t Breathe,” and “Mama,” pierced the silence in a powerful moment that left some in tears.

Speakers from the black community shared personal stories of discrimination, harassment, and having to teach their children about racism and how to act around law enforcement.

“Most black men won’t be killed at the hands of a police gun, hand or knee, but the fear of and the threat of that is always there. That’s our reality,” Brian Lampley said in his speech. “It would be nice to see some diversity on the police force and diversity in our schools, because it’s hard to teach my children how to be a successful black person if they don’t see any.” 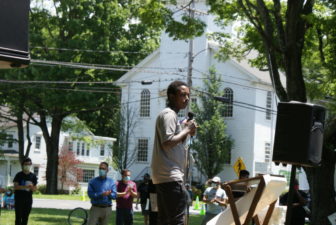 Sana Sarr addresses the crowd on the Monroe Green Saturday.

Rev. Dr. Michael Christie said that one morning, his family woke up to see a racial slur written on their mailbox. In his speech, he spoke about the need for white people to use their privilege to take action and stand up for people of color.

“There is something real called white privilege, and you have it, and it’s not necessarily bad. But you have the power to make the difference in this moment. I can yell and scream all I want, but when you want to shout, they listen,” Christie said.

First Selectman Ken Kellogg’s words focused on unity. He said that although many have not personally experienced injustice, anyone can listen and show that they want to understand. 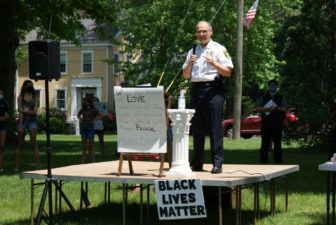 Monroe Police Chief John L. Salvatore talks to the crowd during A Peaceful Gathering on the Green.

Police Chief John L. Salvatore said George Floyd’s death was a tragedy to the nation and law enforcement and that he hopes Monroe and Connecticut police forces do better.

“Not one person can justify the action that that officer took, and we don’t support that, nor do we support some of the recent abuses of police authority we’ve seen on the news,” Salvatore said. “Our mission is to protect the lives, the safety of all people that work, live and visit this community, regardless of their race, regardless of their religion, sexual preference or orientation, etcetera. We protect everyone.”

Speakers encouraged the community to educate themselves and their children through literature, film and conversation. They also stressed the importance of voting. Many hope increased awareness will usher change.

“For the future, I would hope that we are not living history repeatedly. We have fought for civil rights for decades, and frankly, I’m tired. I don’t want to be having this conversation with my kids in the future and their kids, and so I would hope that in the future where all lives, black lives, are equal,” said Fola Agunloye who came to the event with her two sons Temi and Tife Agunloye. 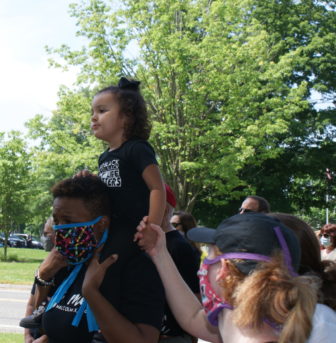 “The event was very powerful,” she said. “I would have liked to see more black youth speaking out, but I was very moved and touched by the entire thing. I came here to voice my opinion and show Monroe that the black community is here, and we are here to stay.”

Arnita Christie, whose husband spoke at the event, said to create change, the Monroe community must engage in difficult conversations about race.

“This was a start. Let’s see where we go from here,” Christie said. “What is the commitment from the police chief, from the Board of Education, from the town selectman? What is their commitment? What do we do after today?”

Images from the gathering

This photo gallery shares scenes from A Peaceful Gathering on the Green. Click on one picture to enlarge the image, then scroll through: 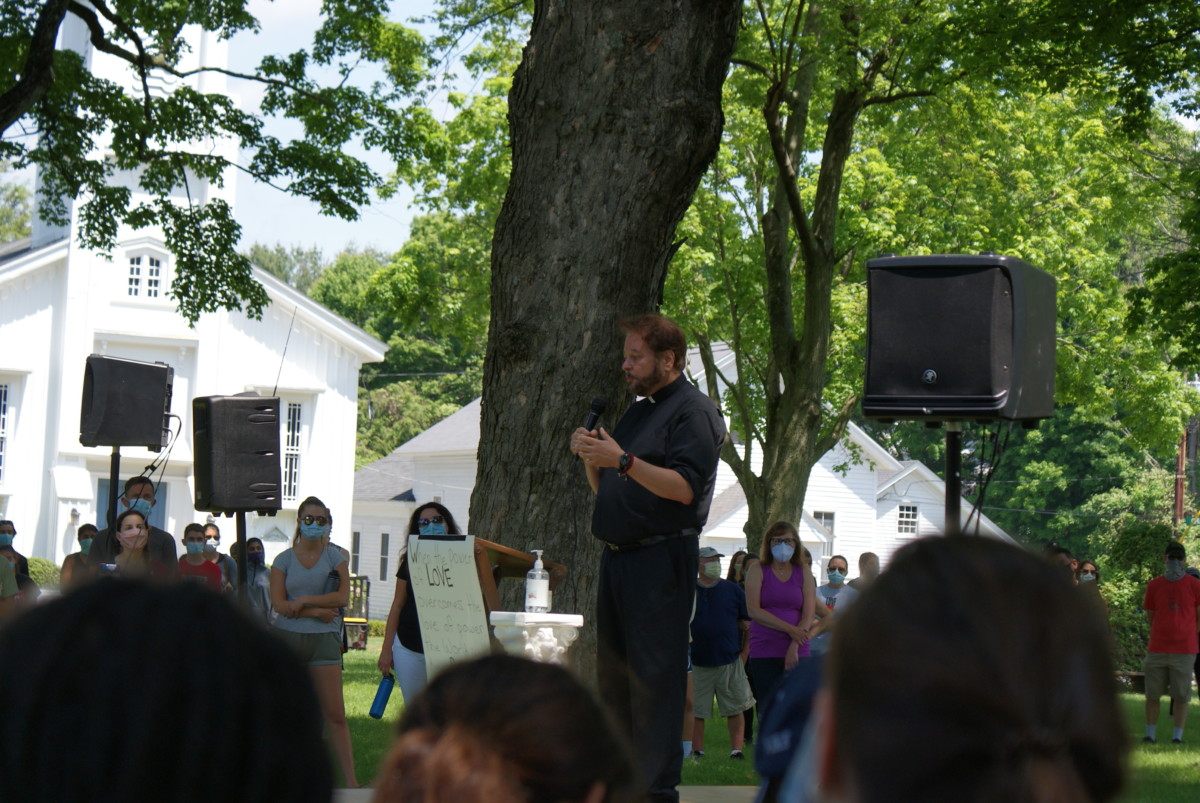 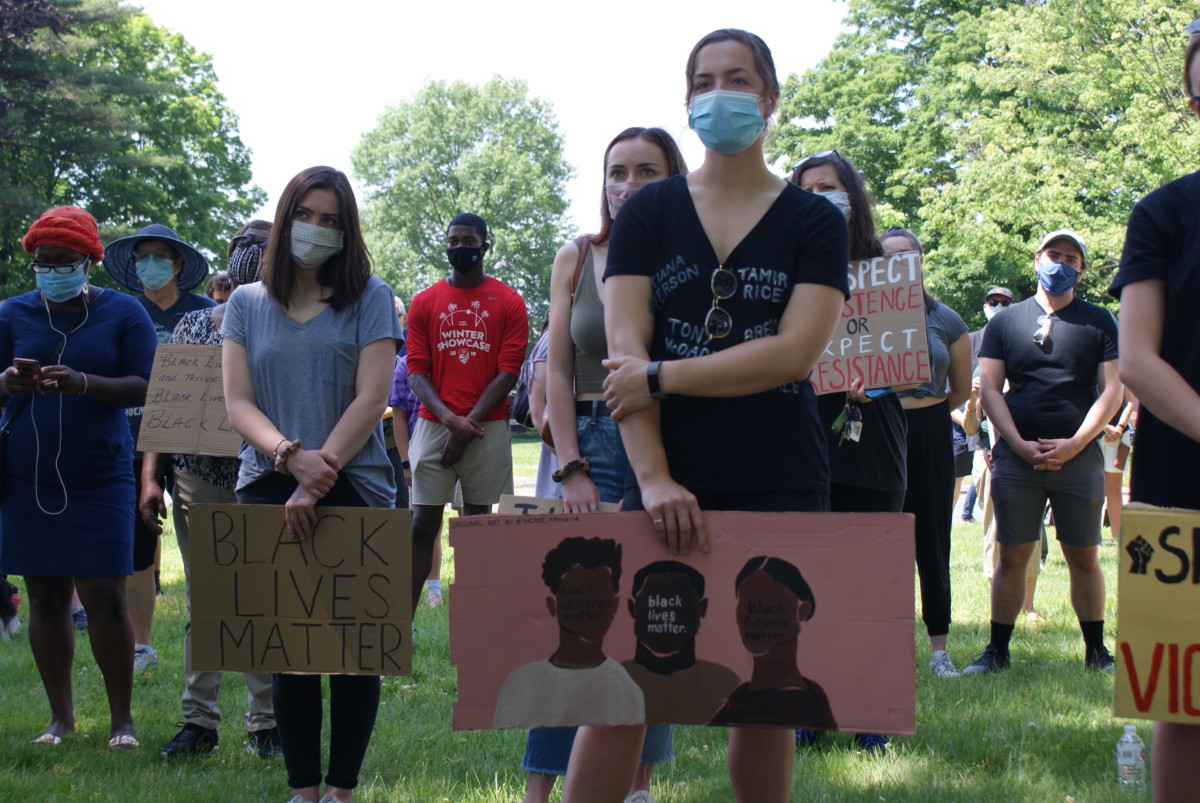 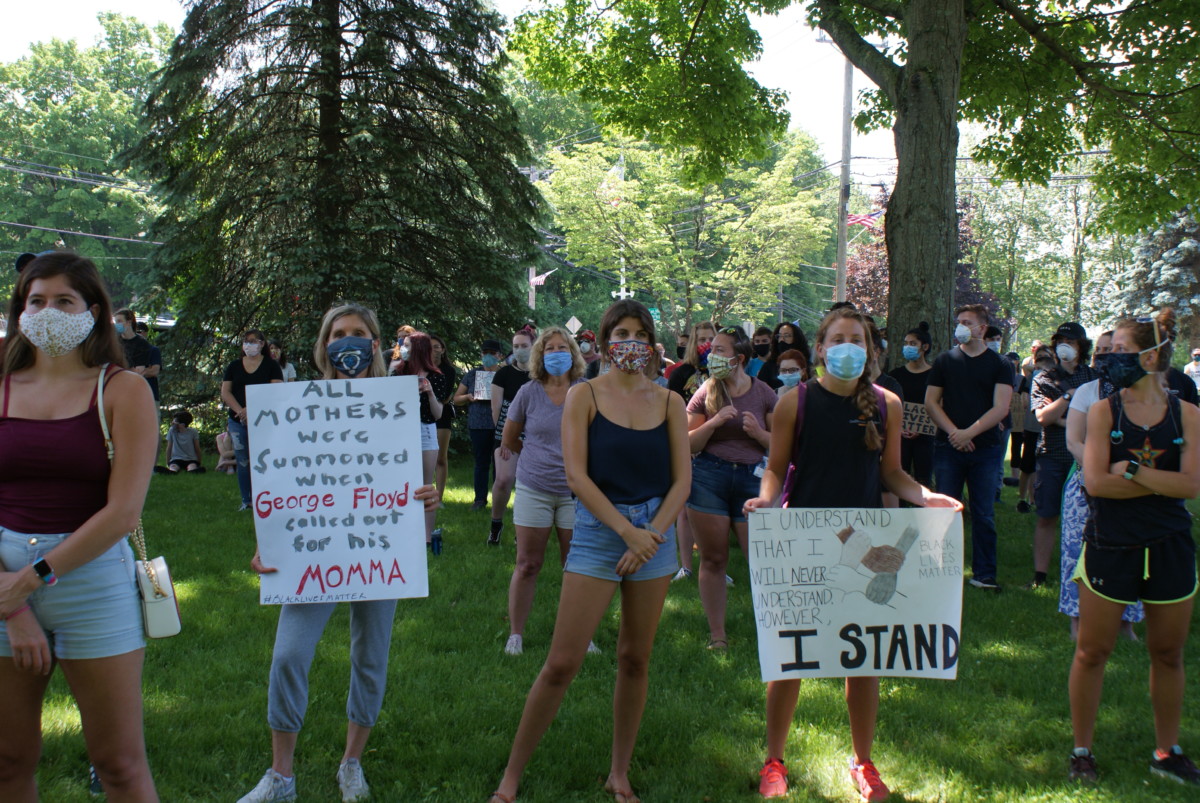 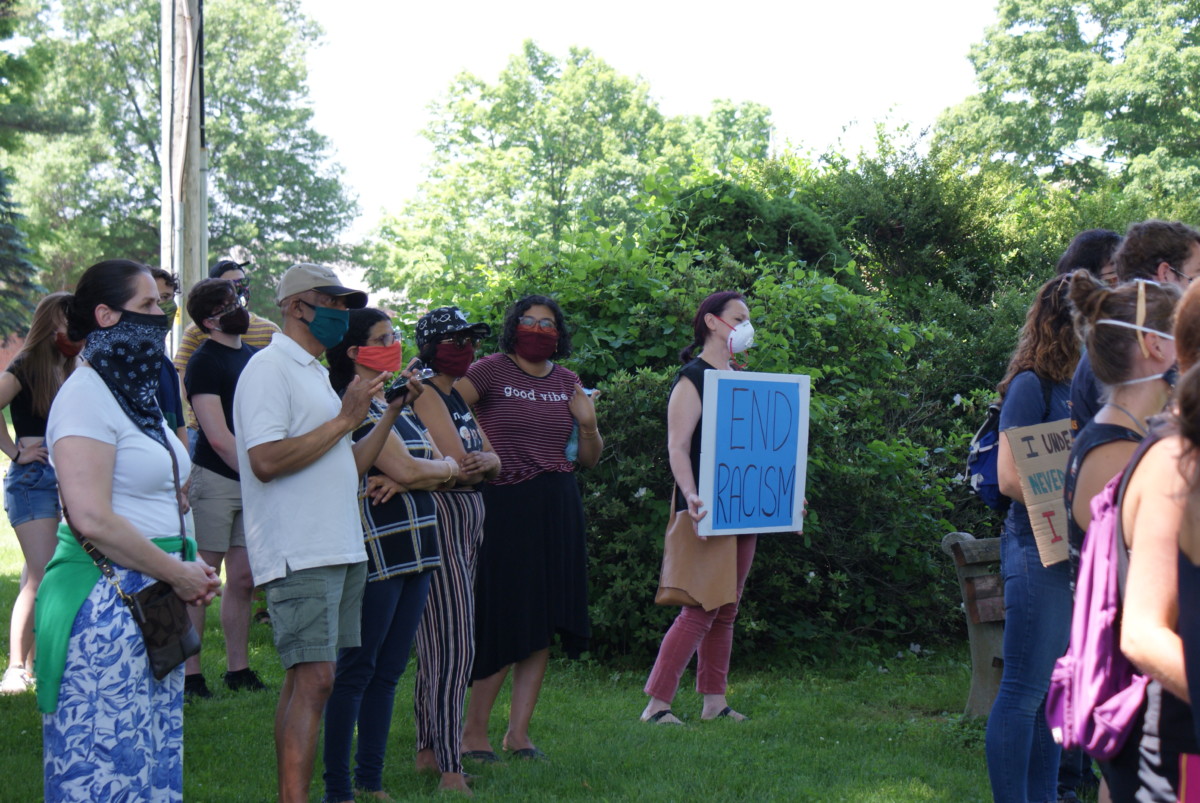 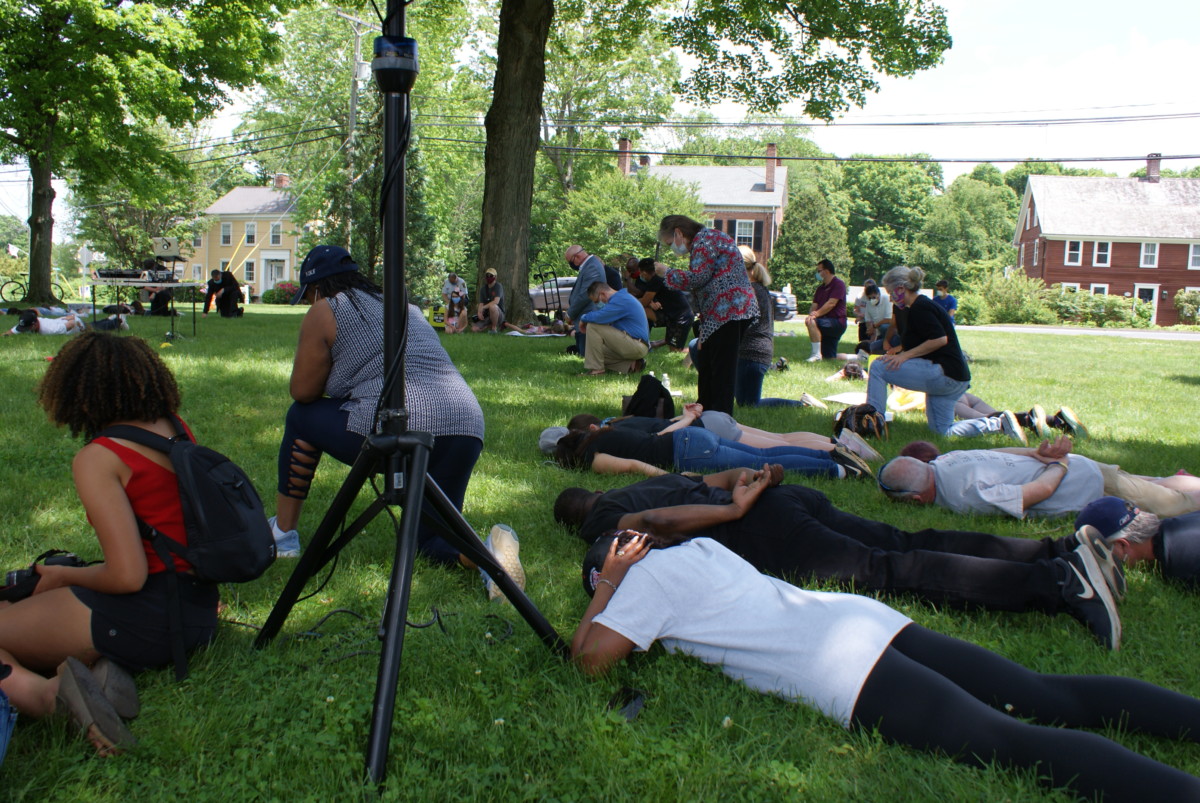 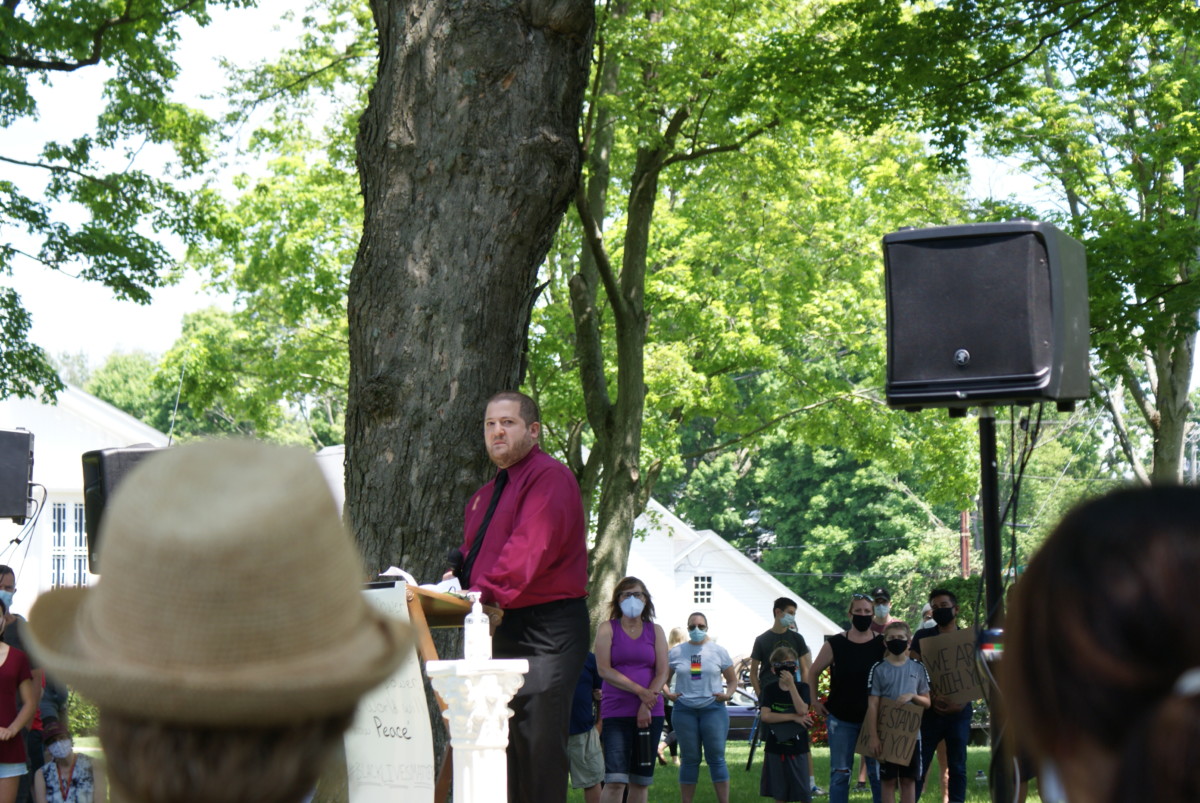 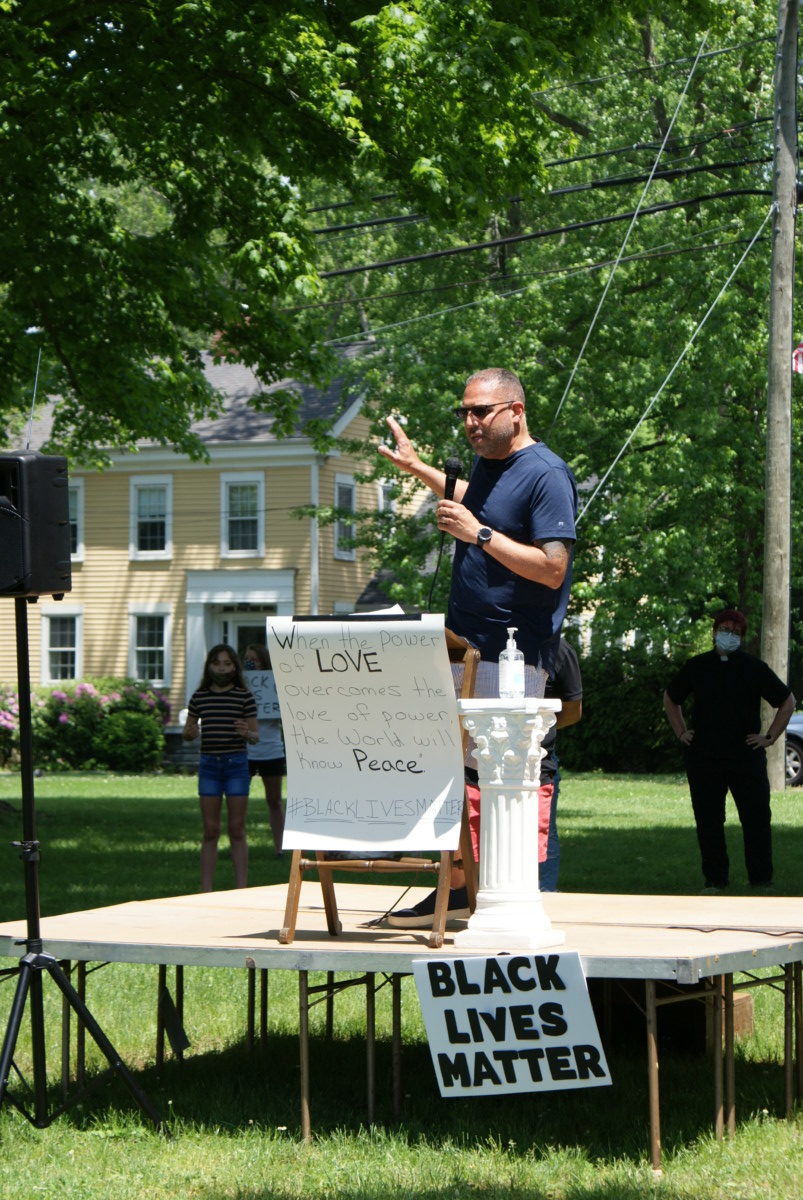 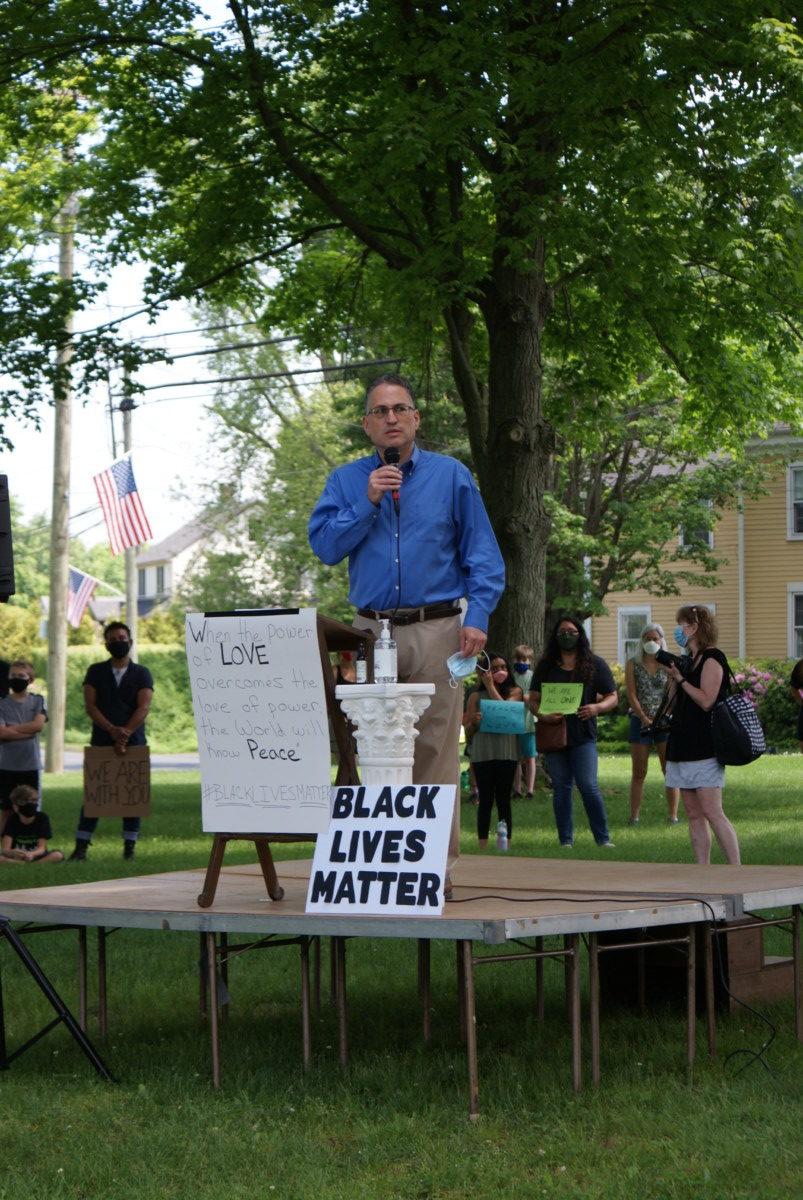 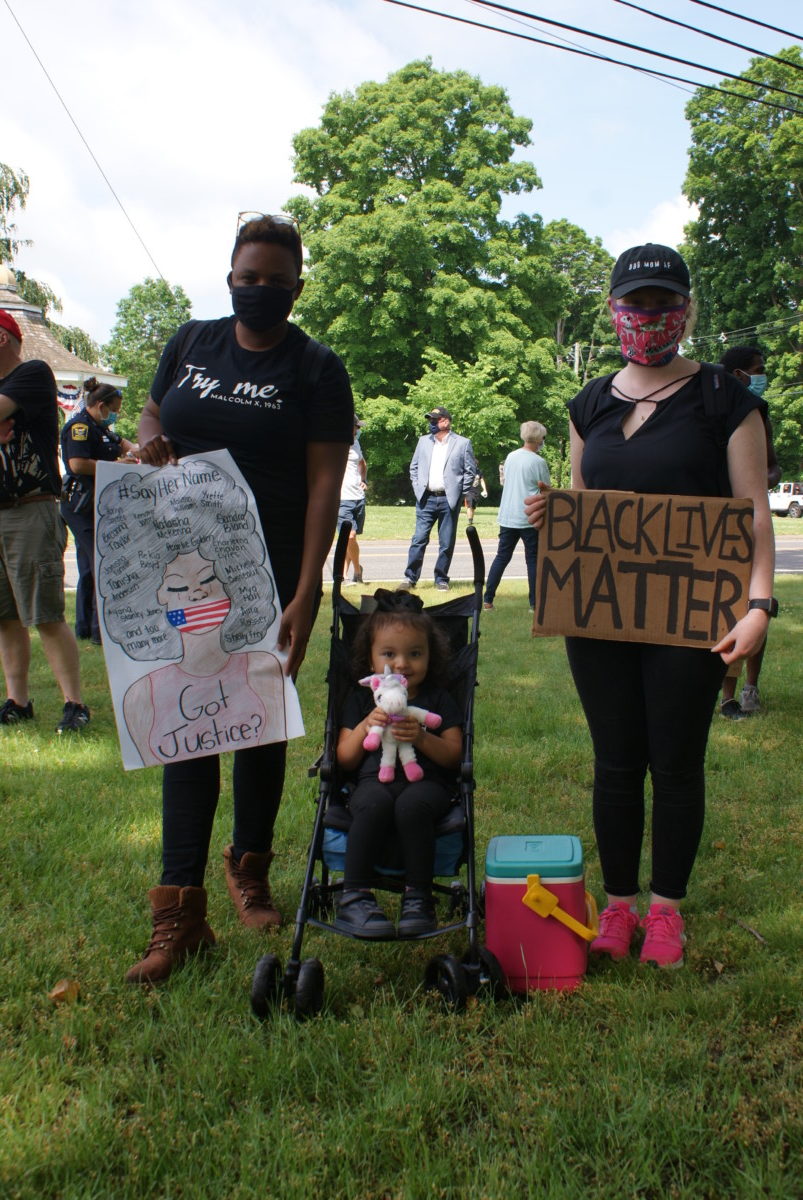 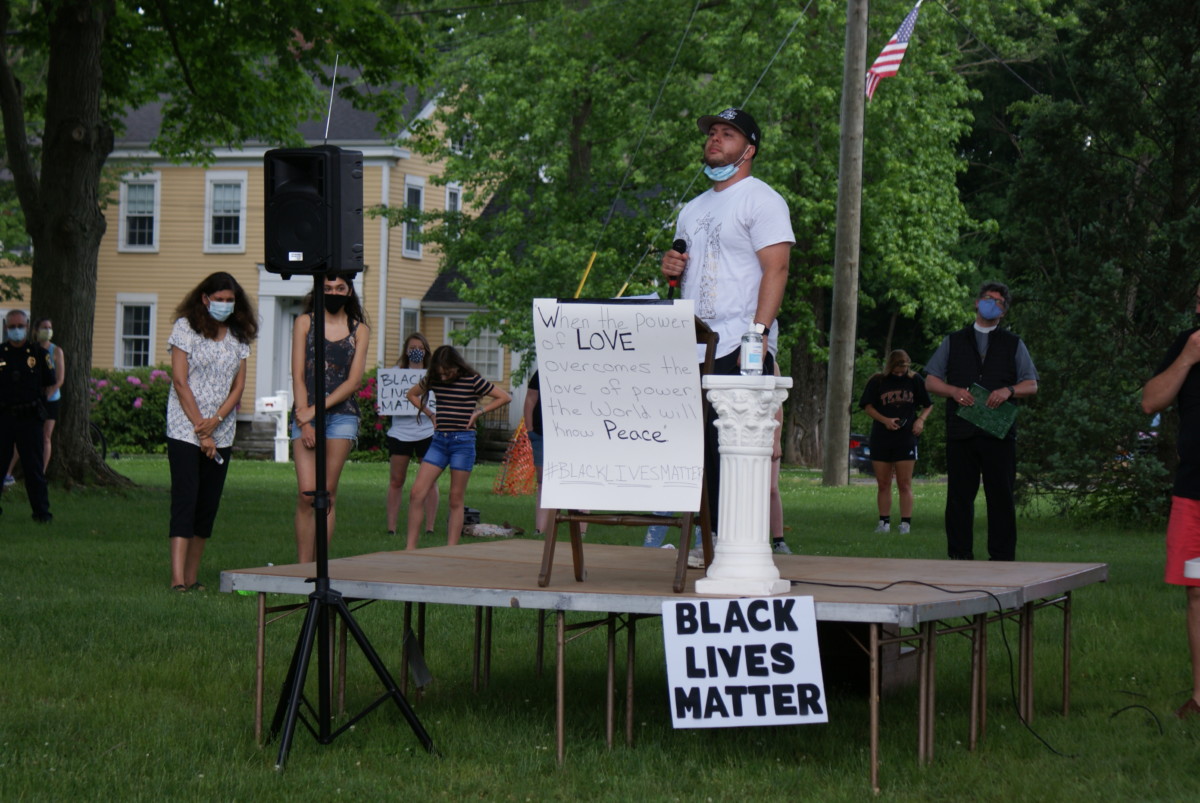 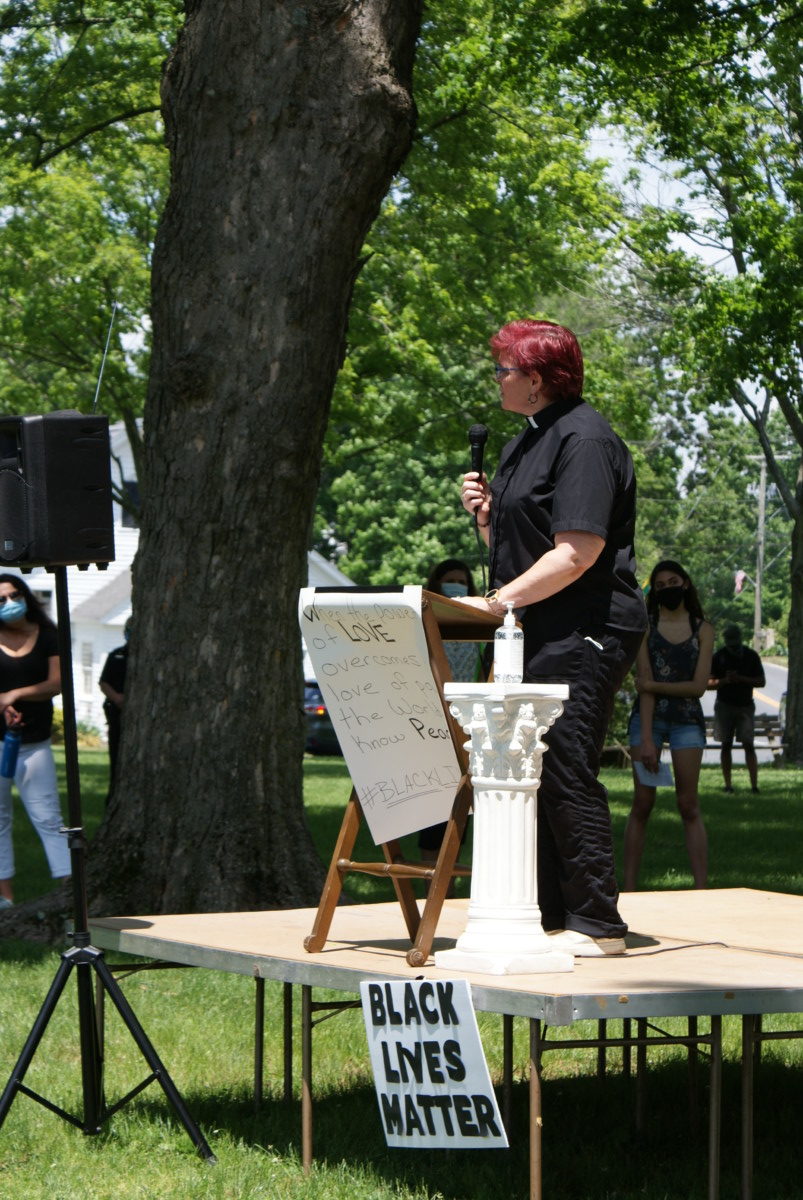 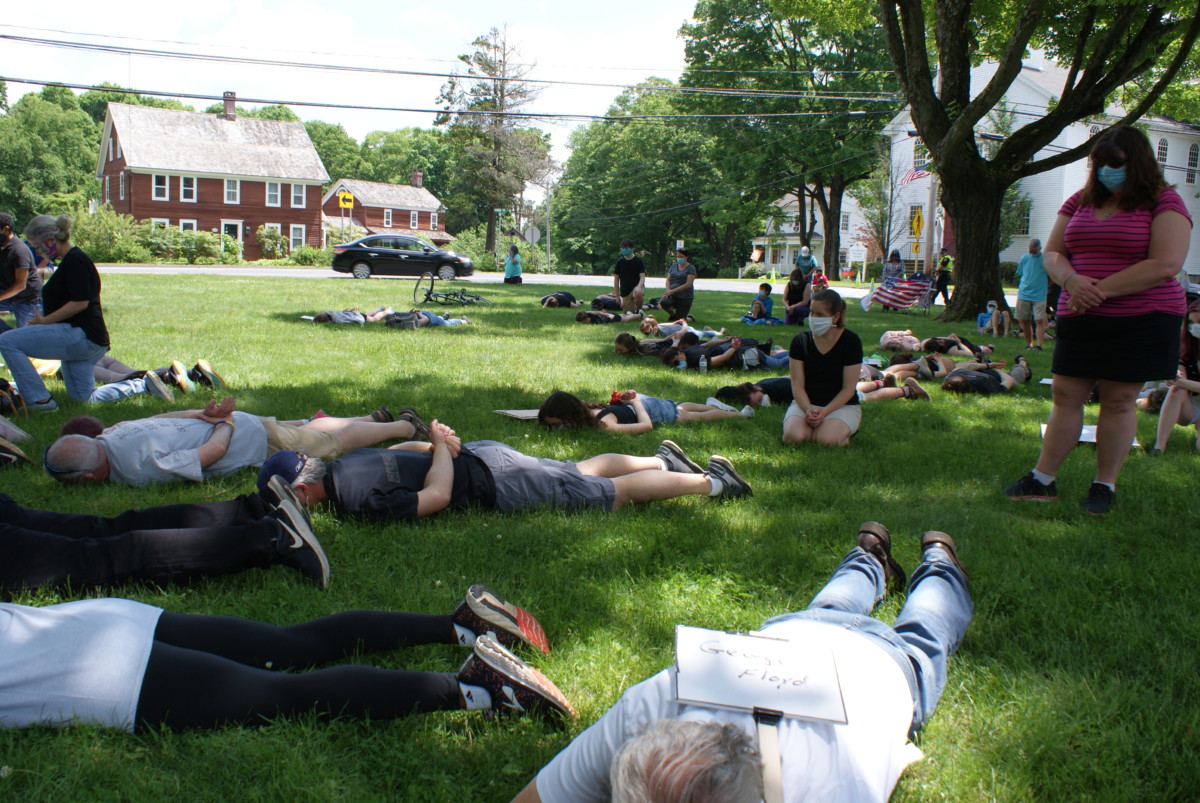 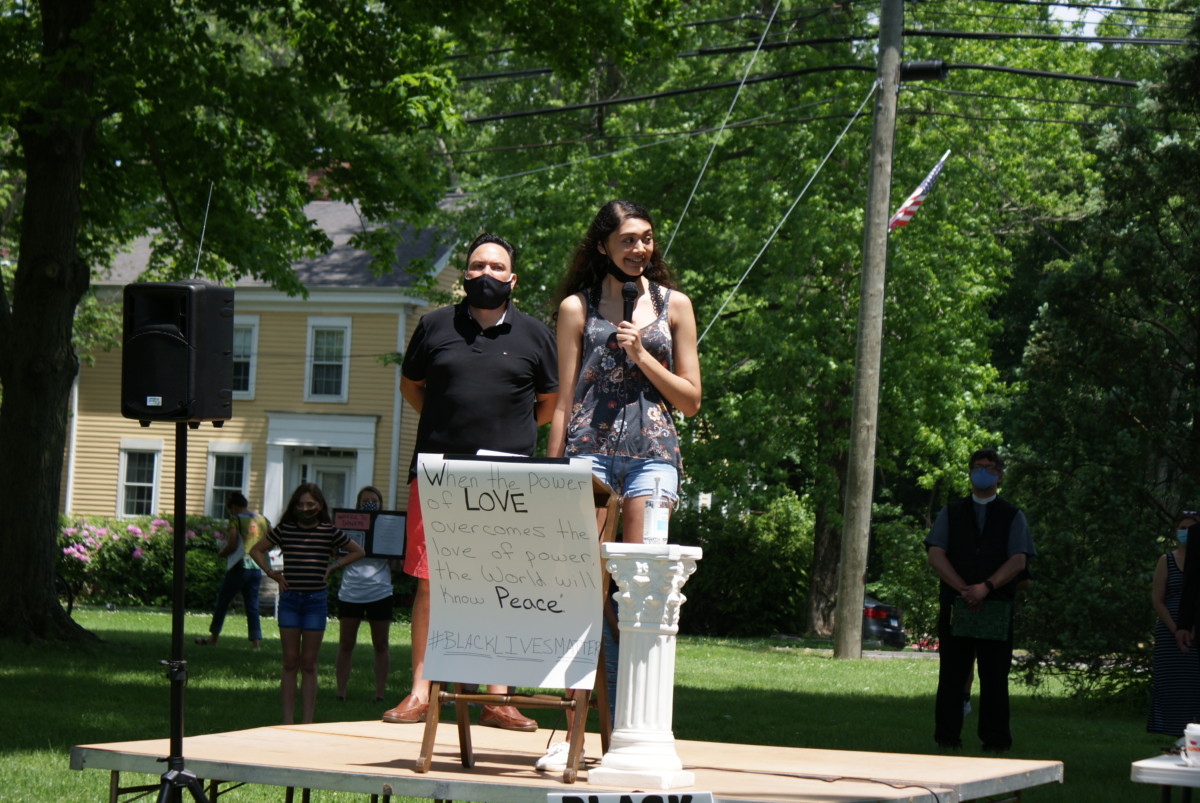 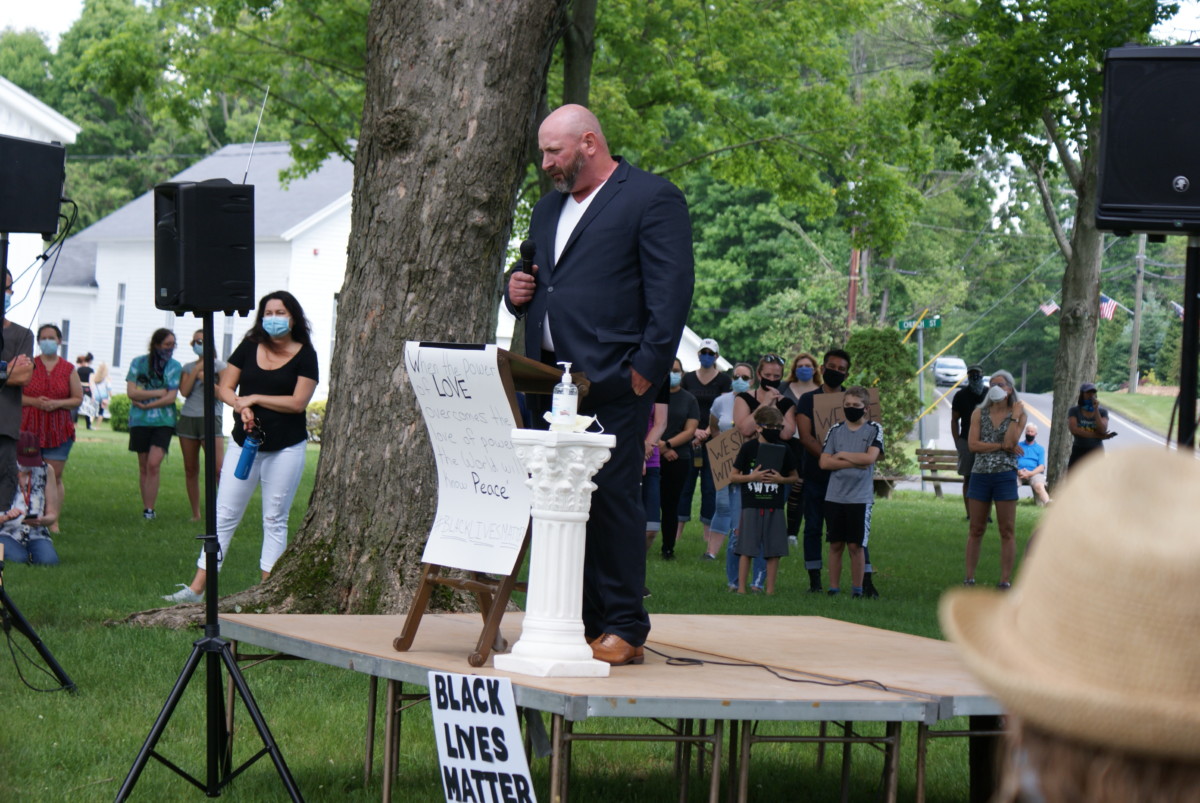 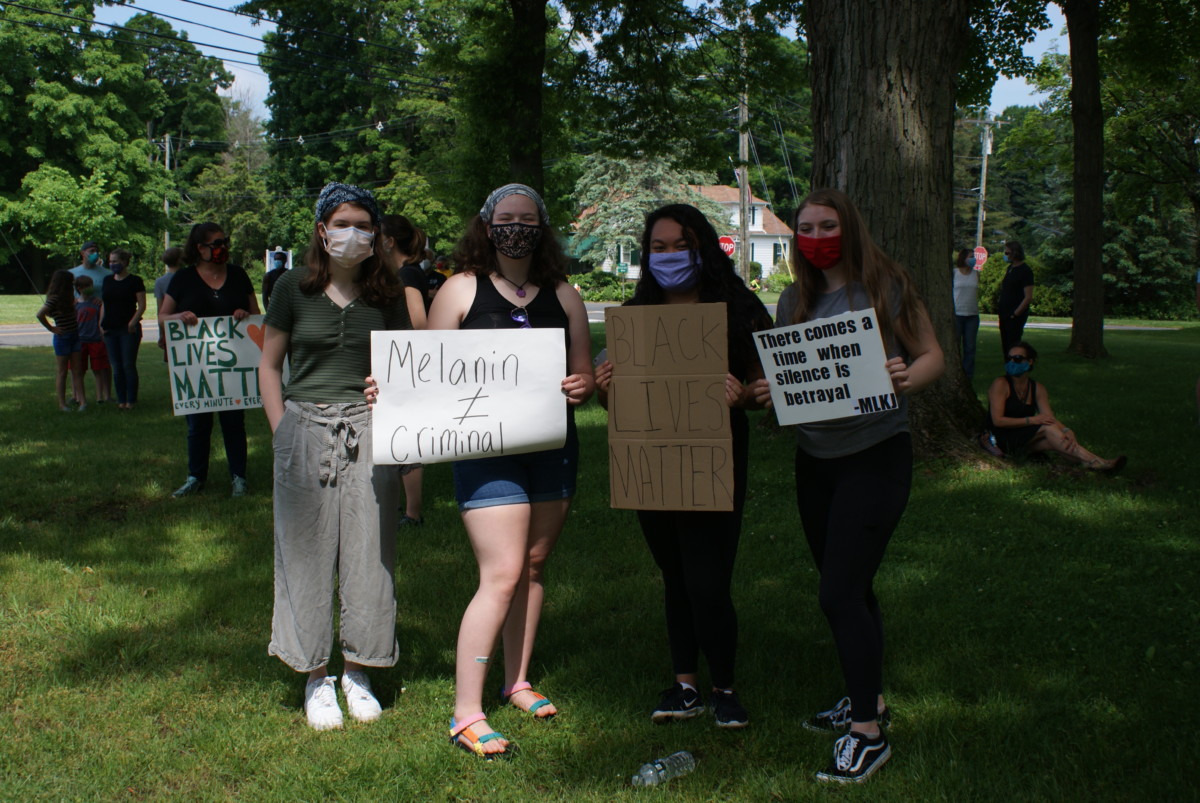 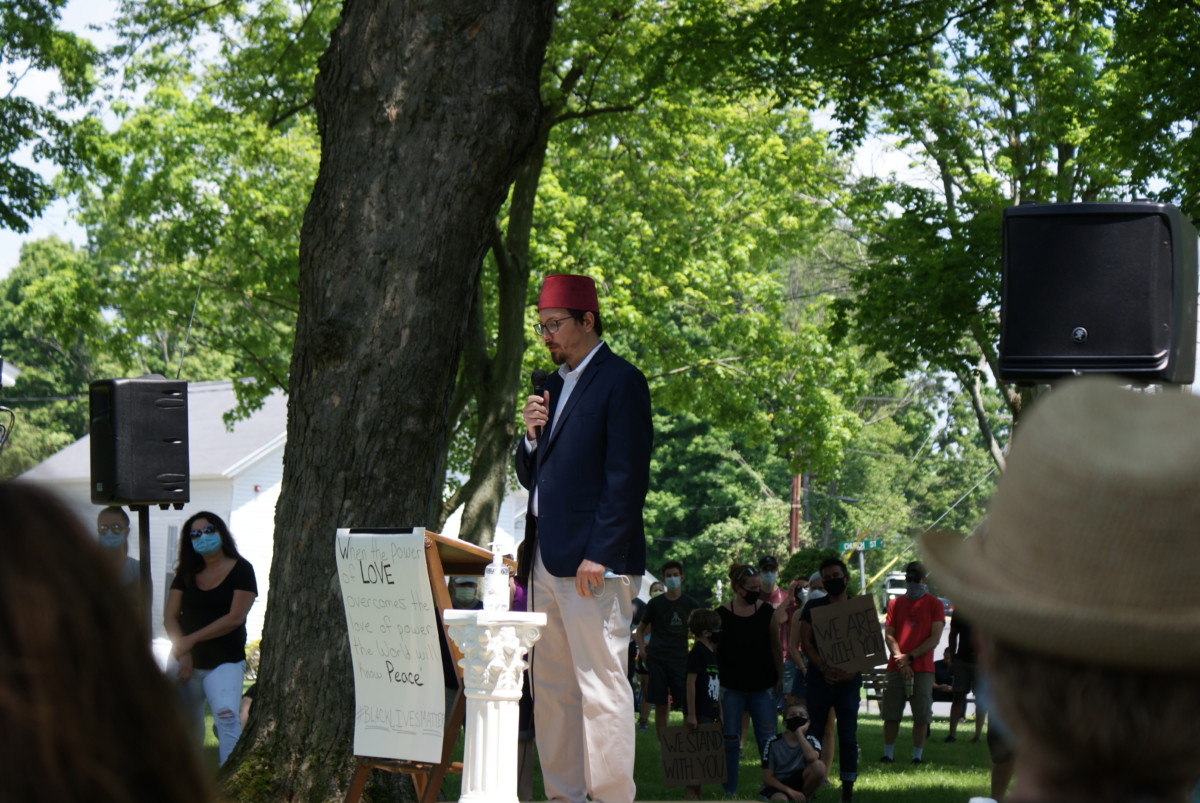 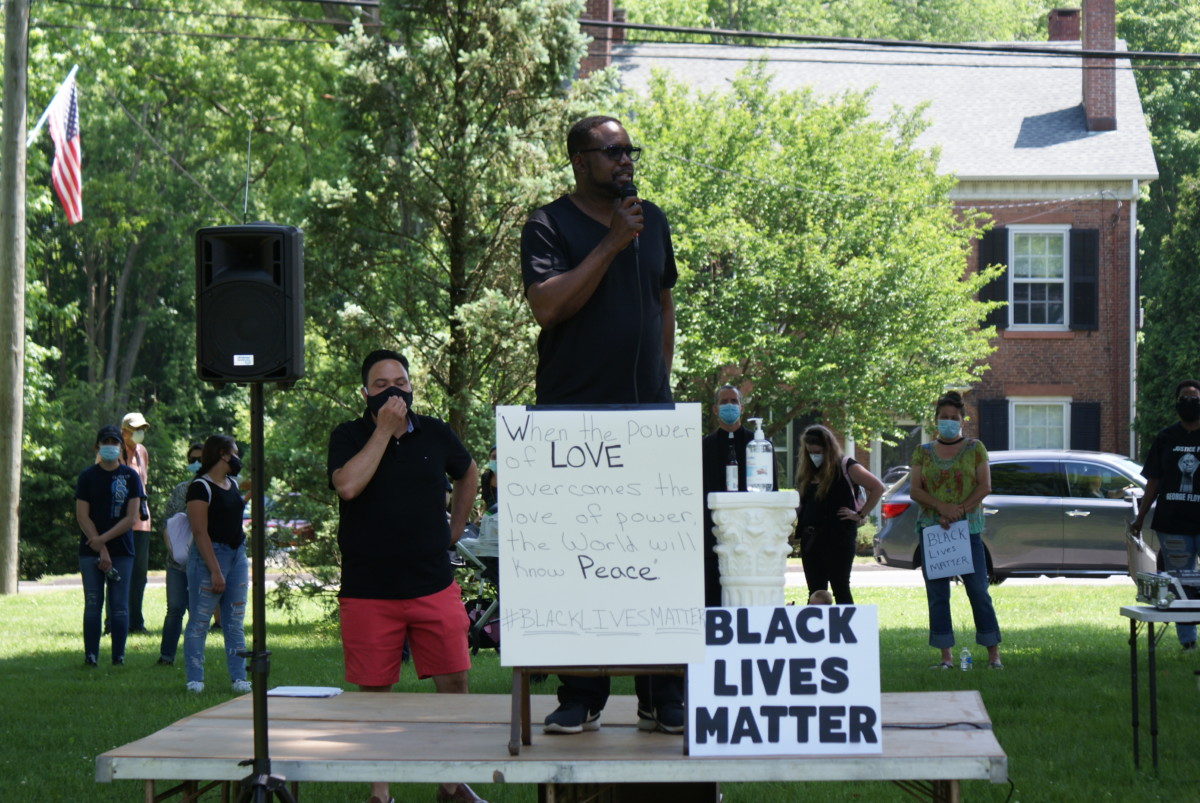 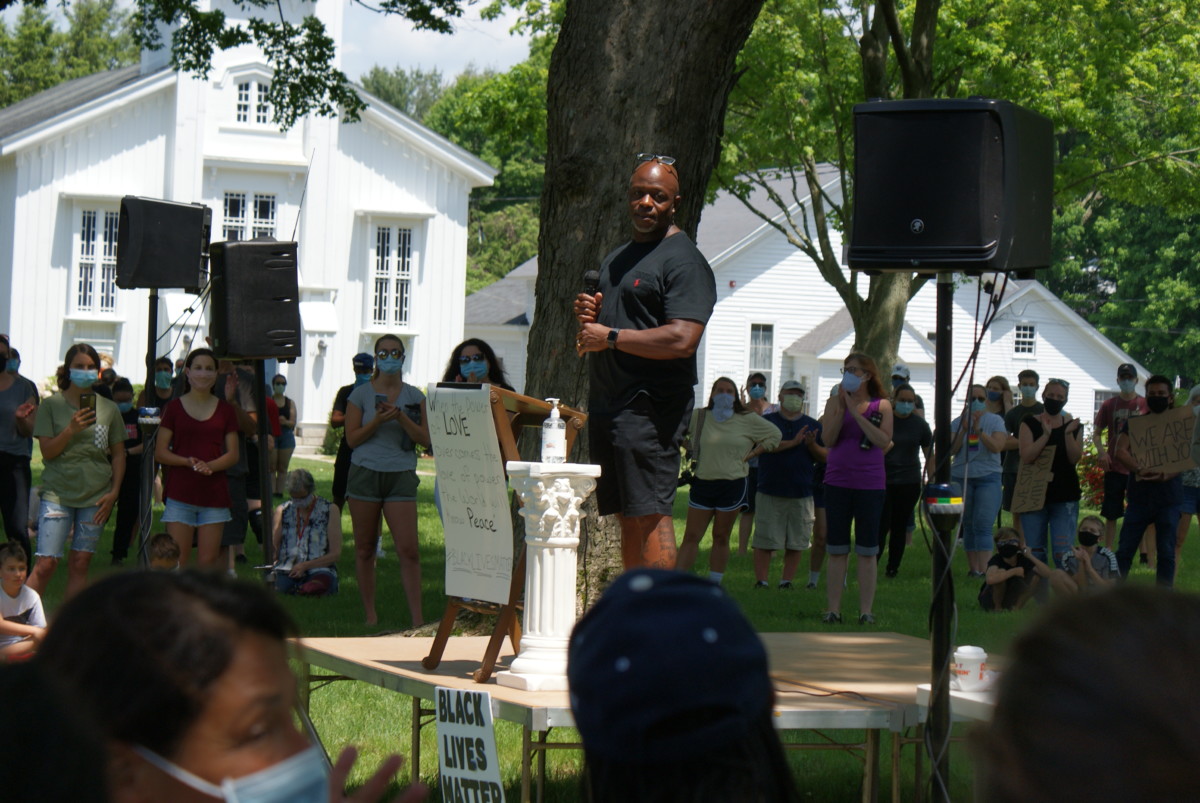 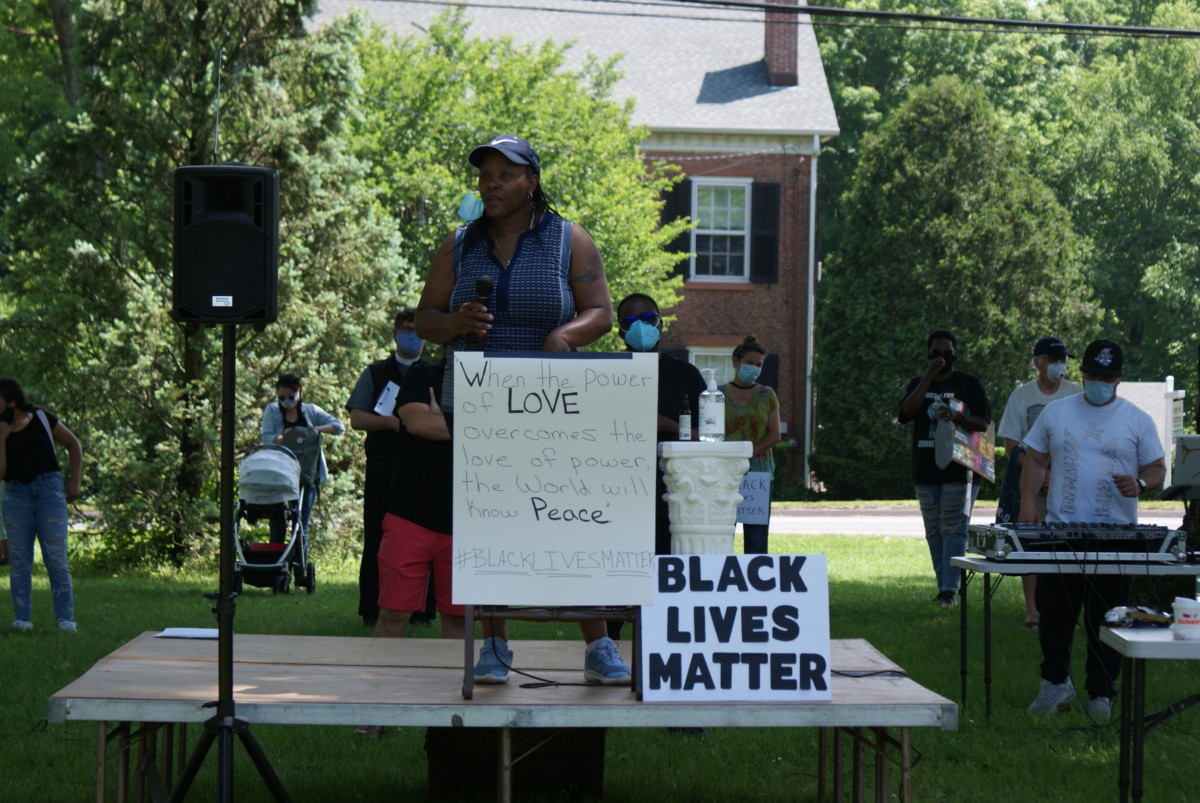 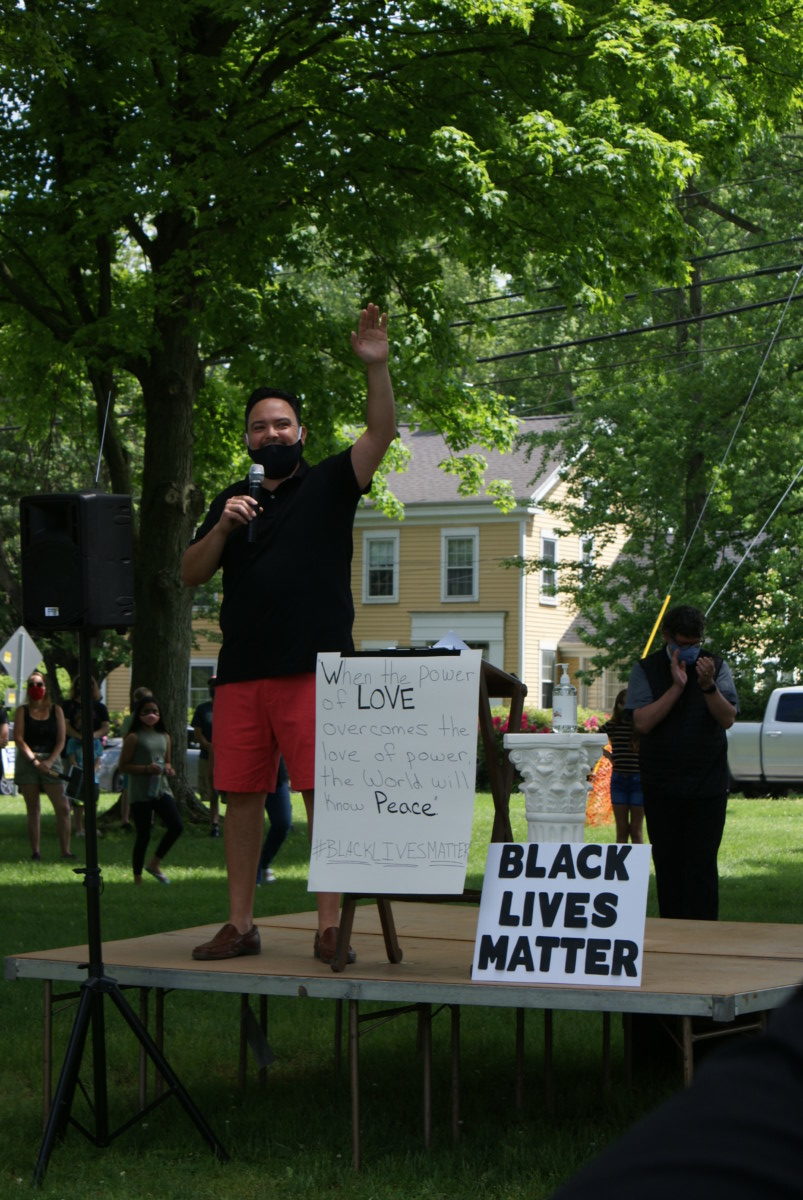 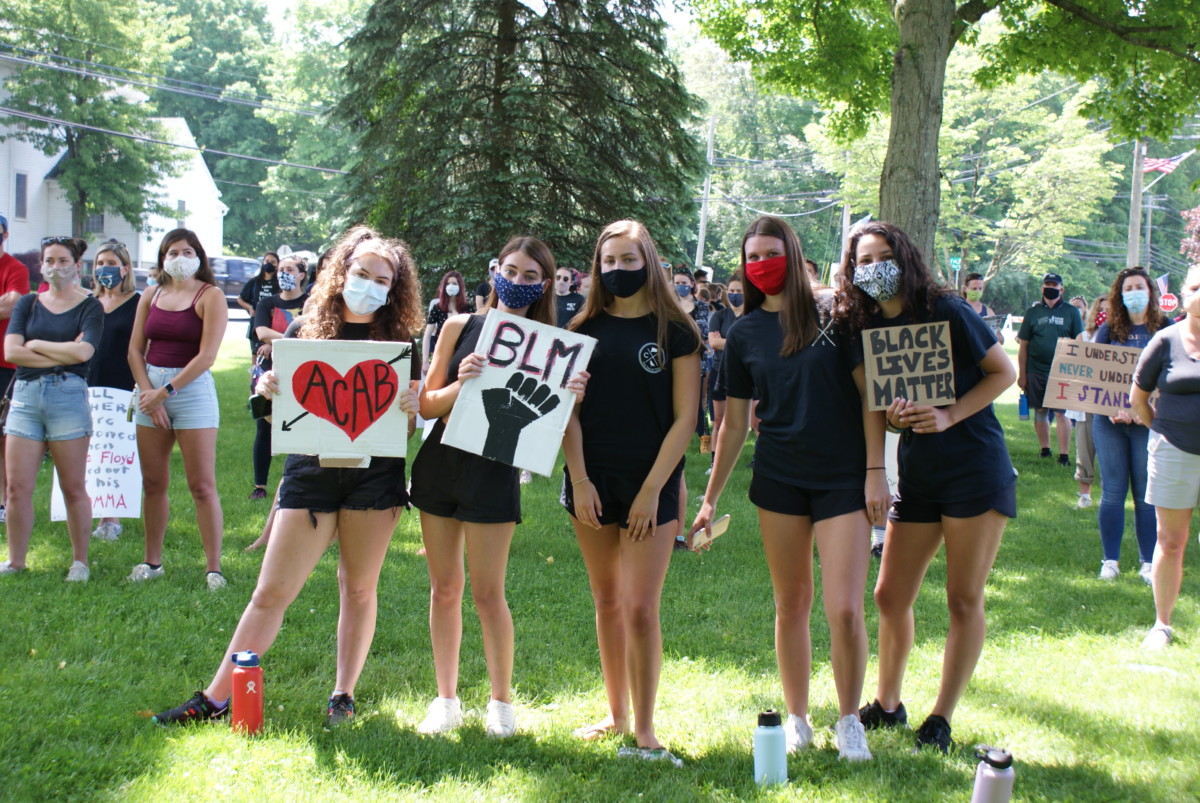 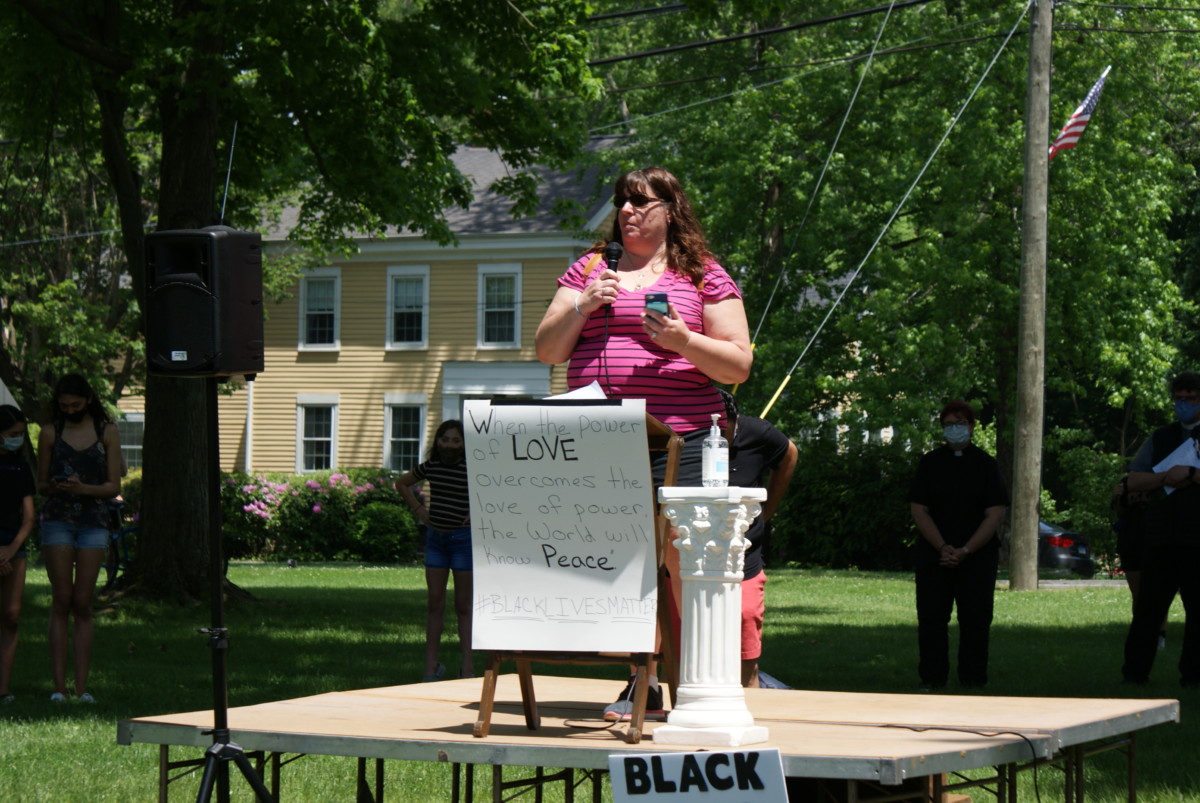 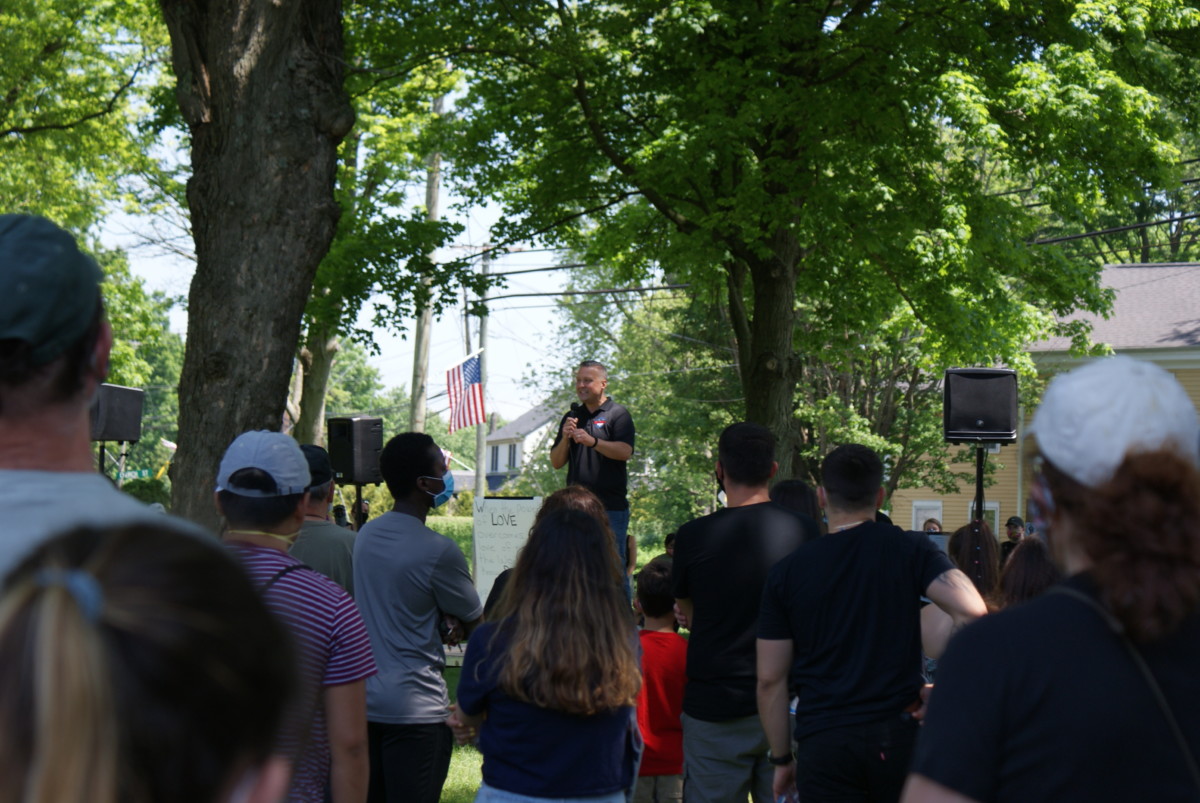