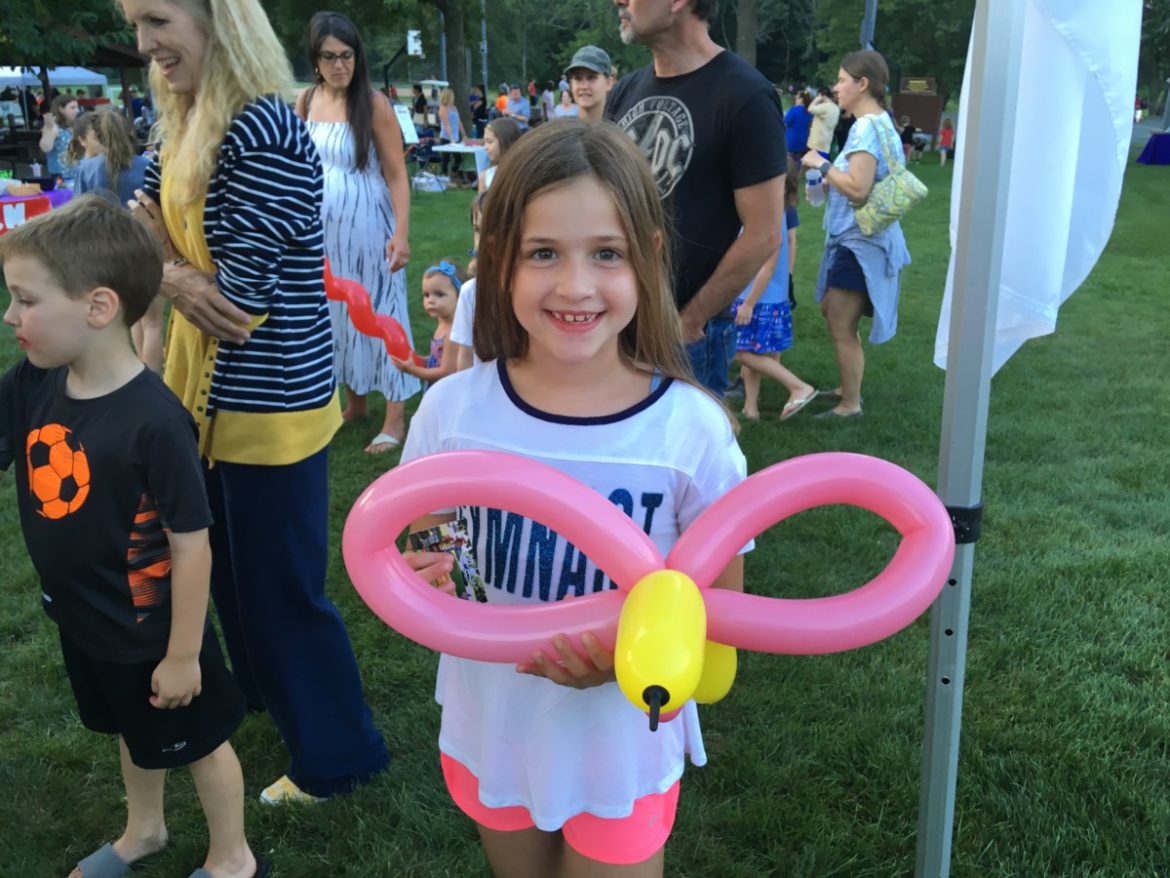 Giada, 9, stepdaughter of Monroe K-9 Officer John McAulay, got a balloon animal from the Pyramid Shrine Klown at Monroe's Night at the Park at Wolfe Park Tuesday.

Fire engines, an ambulance and police vehicles were on display, police dogs Riggs and Murphy showed off their skills before a cheering crowd and Danny Diamond performed a magic show.

Danielle Geden and her son, Cooper, 1, stopped by the Connecticut Department of Energy and Environmental Protection Conservation Police trailer to learn about the variety of fish living in Long Island Sound from Officer Ryan Mihalyak.

“This is our first time here actually,” said Geden. “It seems to be a great event. Cooper’s getting older, so I thought it would be a good time for him to come.”

They could also learn about the men and women in blue with the “Your Friend the Police Officer: An Educational Coloring & Activity Book.”

Police also had information to educate parents on issues like bullying and preventing child abuse.

A K-9 demonstration was led by officers John McAulay and Jeffrey Loomis and their dogs, Murphy and Riggs. The dogs searched for keys and other items in the grass near the softball field, sniffed out the scent of drugs on an SUV door handle and tackled a fleeing suspect, played by Officer Michael Panza.

Panza wore a bite suit to protect him when the dogs sunk their teeth into his legs and arms.

The Stepney, Monroe and Stevenson fire companies were all represented, along with the Monroe Emergency Medical Service and Community Emergency Response Team.

Community organizations were also represented, including the Monroe Food Pantry and the Center for Family Justice.

“We’ve got bubbles,” Gotimer called out to a group of passing children.

Representatives from Alcohol and Drug Awareness of Monroe (ADAM) had information on its programs to help people struggling with addiction. ADAM was founded by a grant from the Department of Mental Health and Addiction Services.

Connie Crowell, the program director, had props to educate parents. For instance, vaping devices can resemble a USB drive and can also be used to smoke pot.

She and Carlos Reinoso Jr. talked about securing a $5,000 state opioid response grant ADAM will use to remind doctors of prescription guidelines and to sponsor Narcan training for the community.

They are also trained in suicide prevention.

Prevention Corps of Connecticut also had a table, along with the YMCA and Main Street Counseling LLC.

Register to vote, pose with a Minion

Margaret J. Villani, the town’s Republican registrar, and Susan Koneff, the retired Democratic registrar who is filling in until Katherine Briggs starts her new job, registered residents to vote.

The event had free food, a bounce house, a deejay and JMG Music & Entertainment had a photo booth where visitors could pose with props, a Minion and other characters.

A Night at the Park 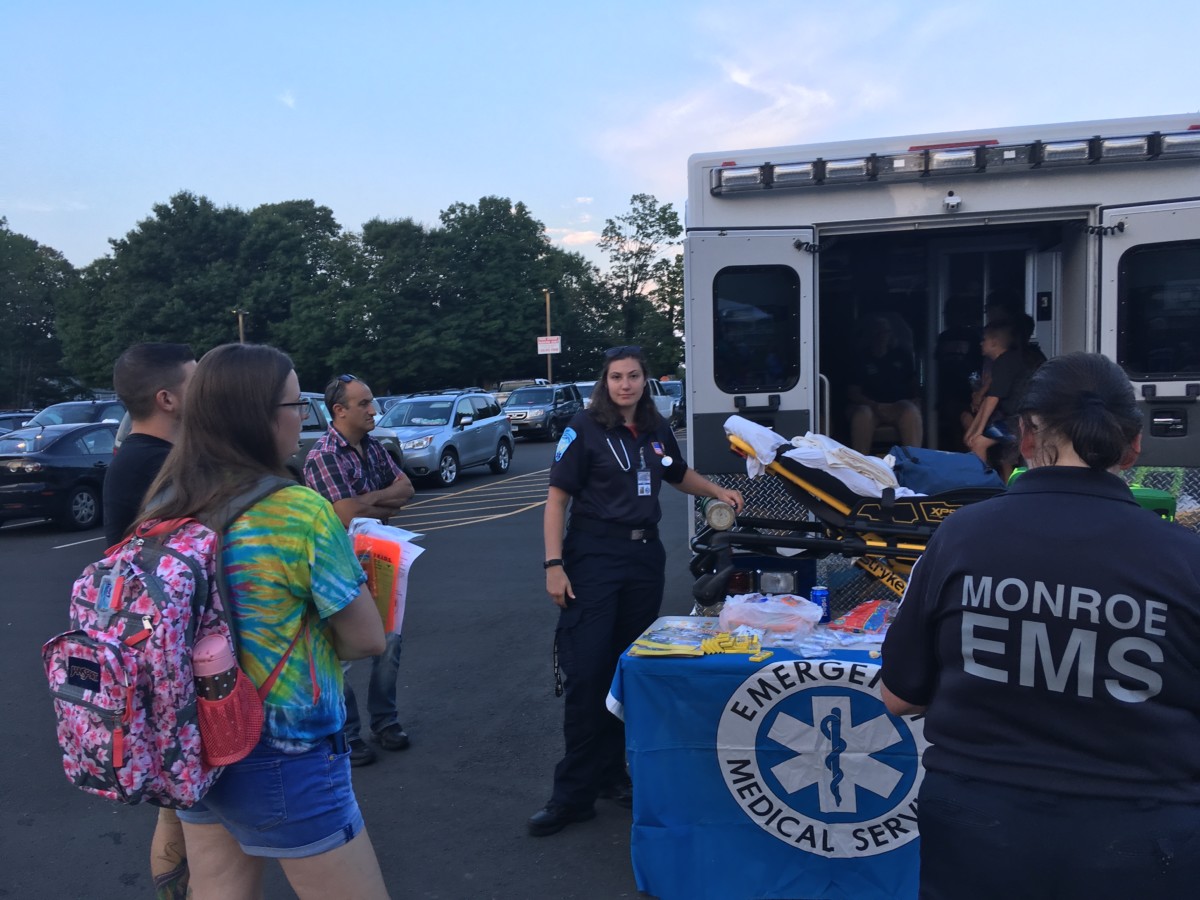 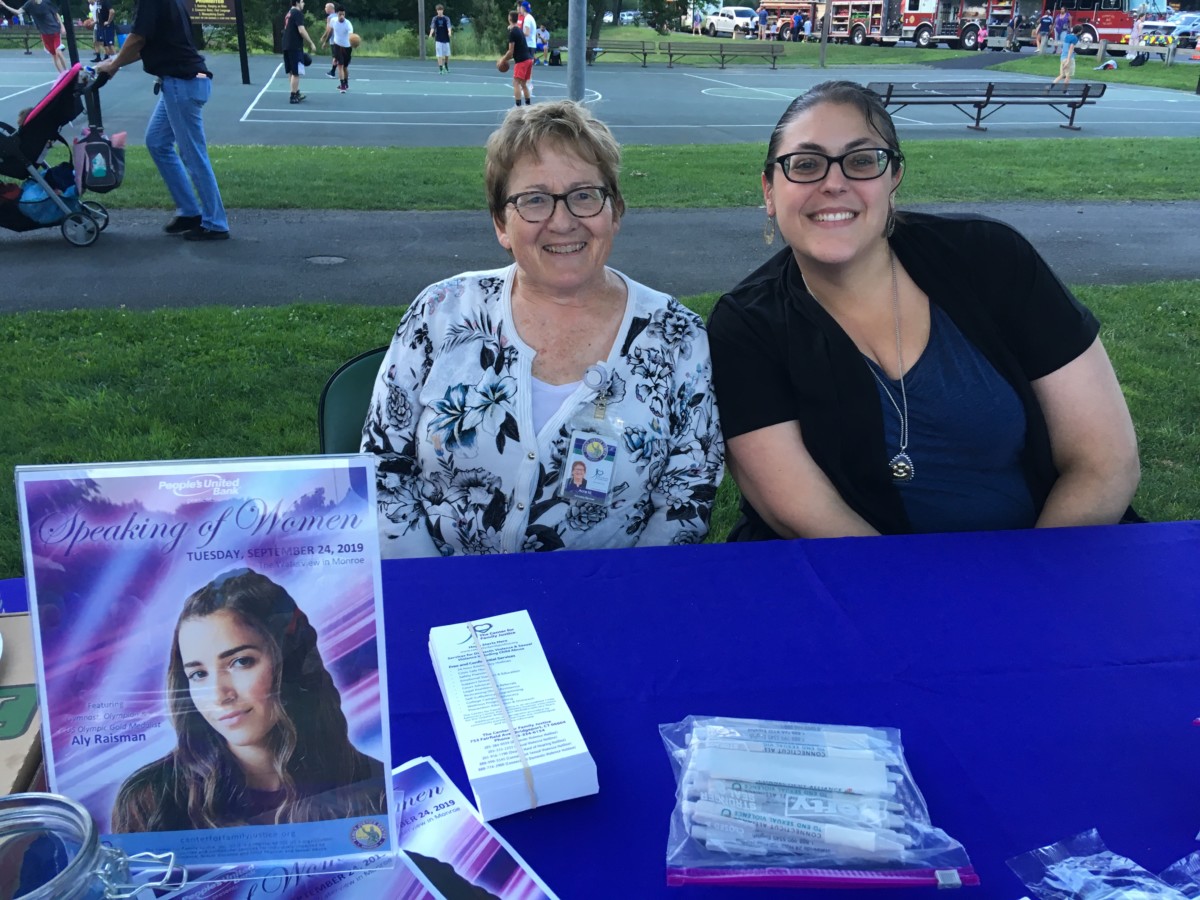 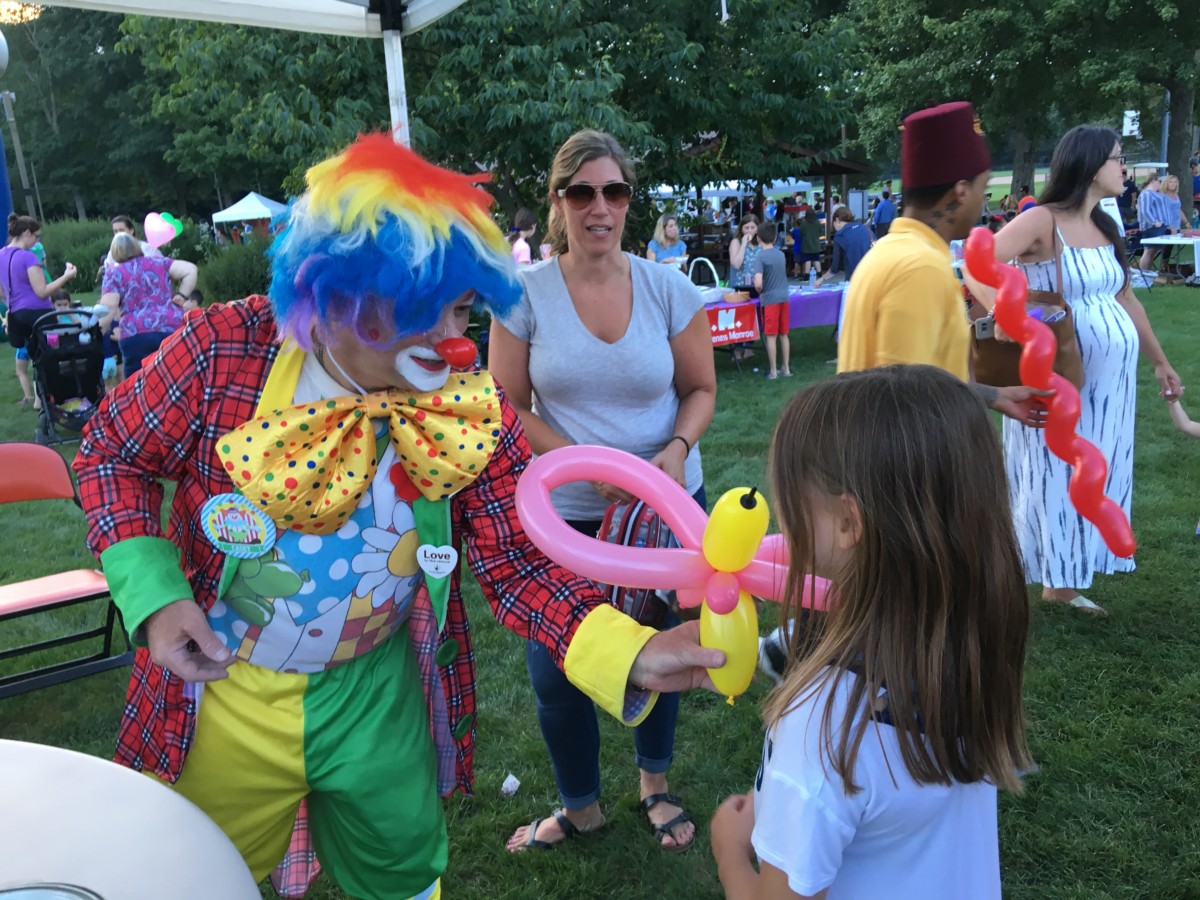 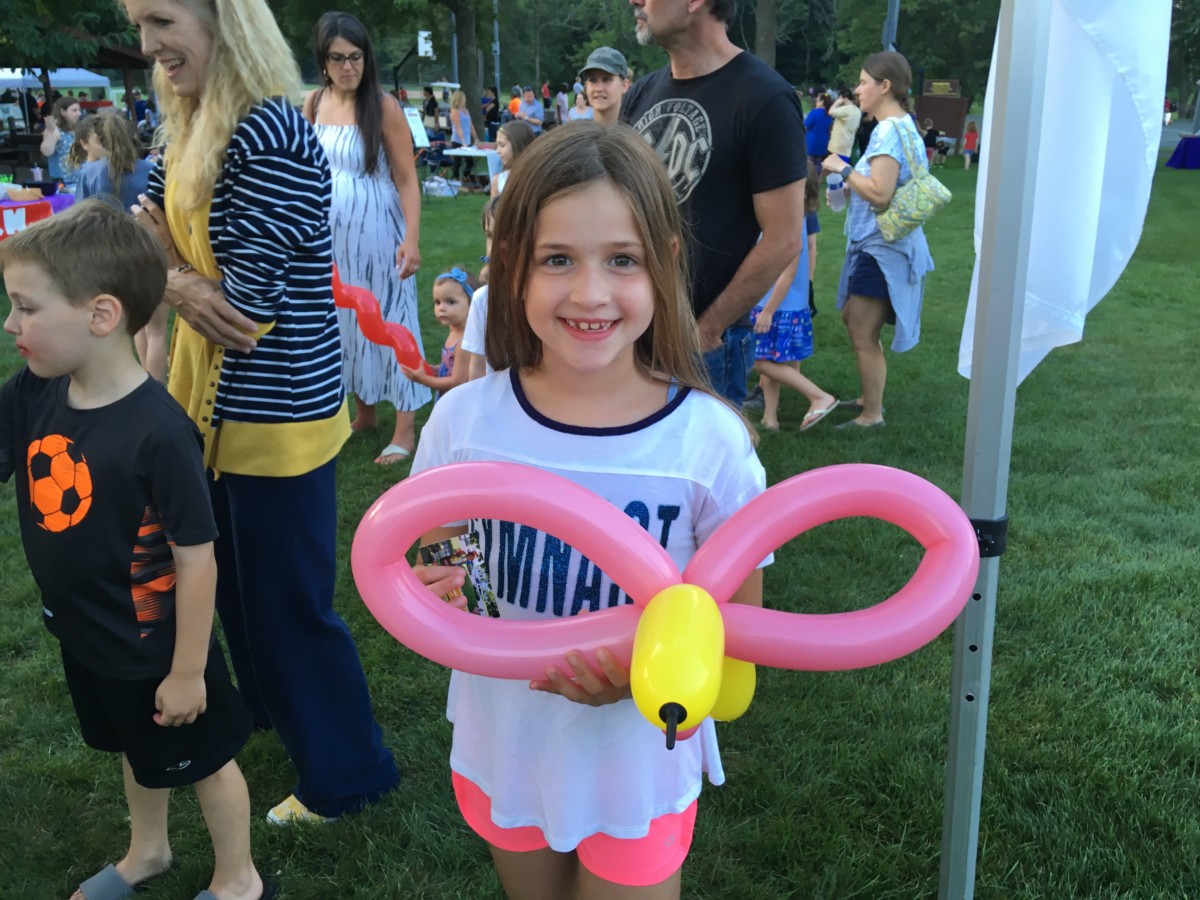 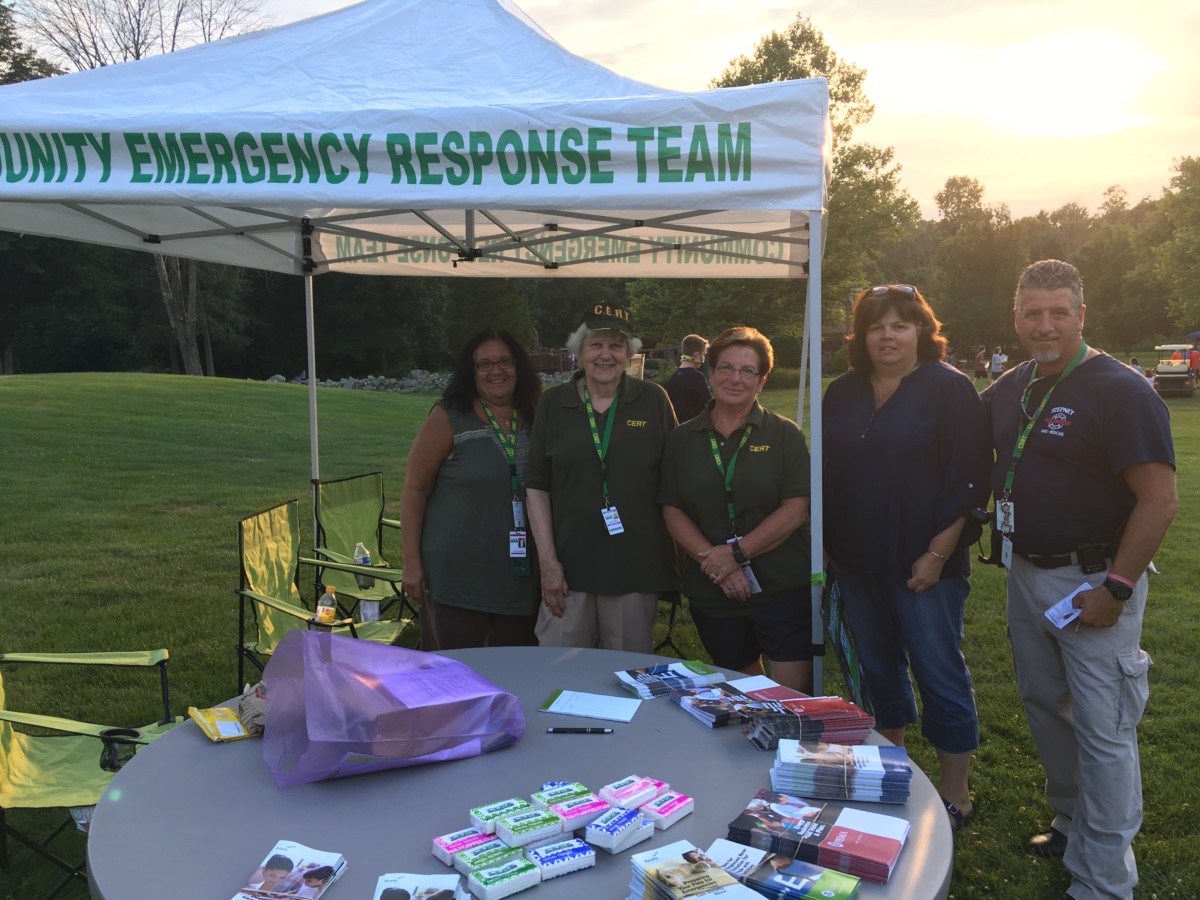 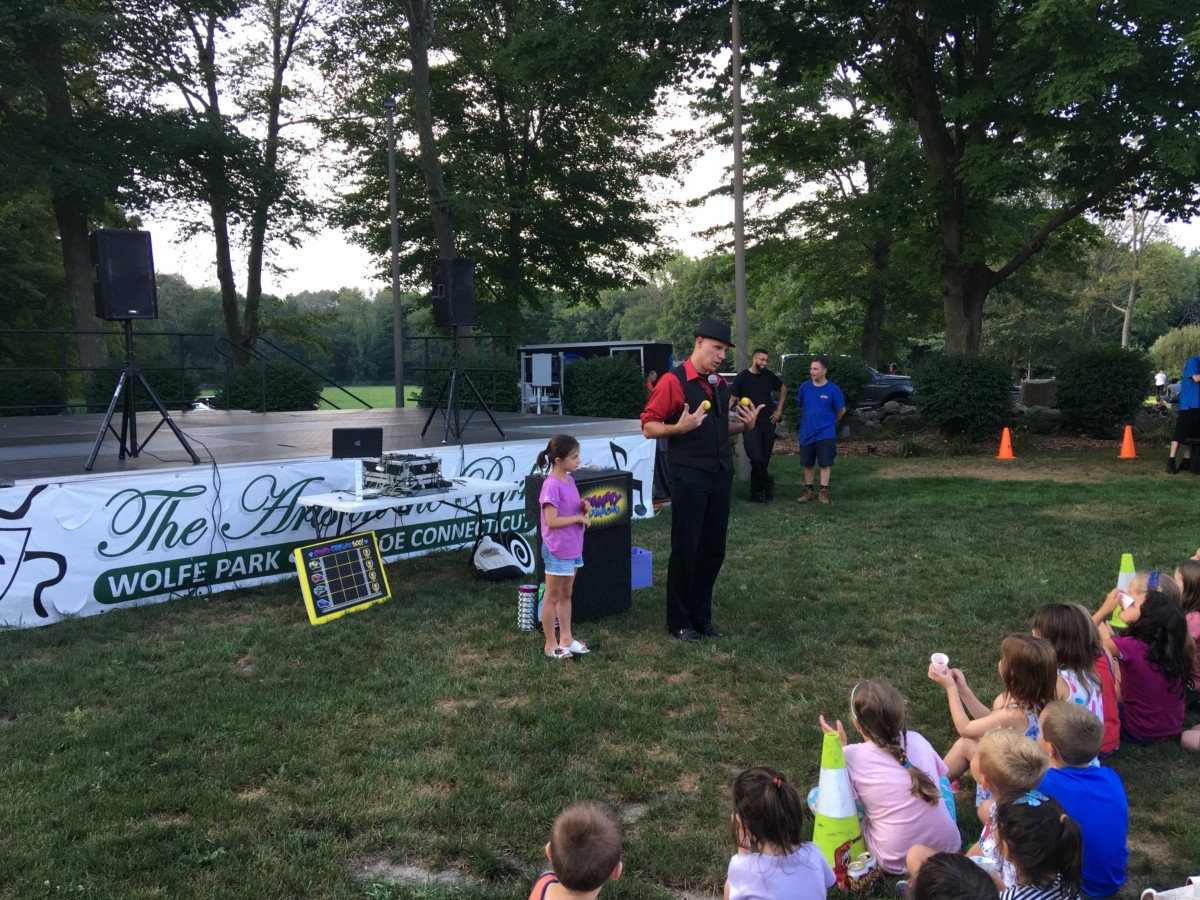 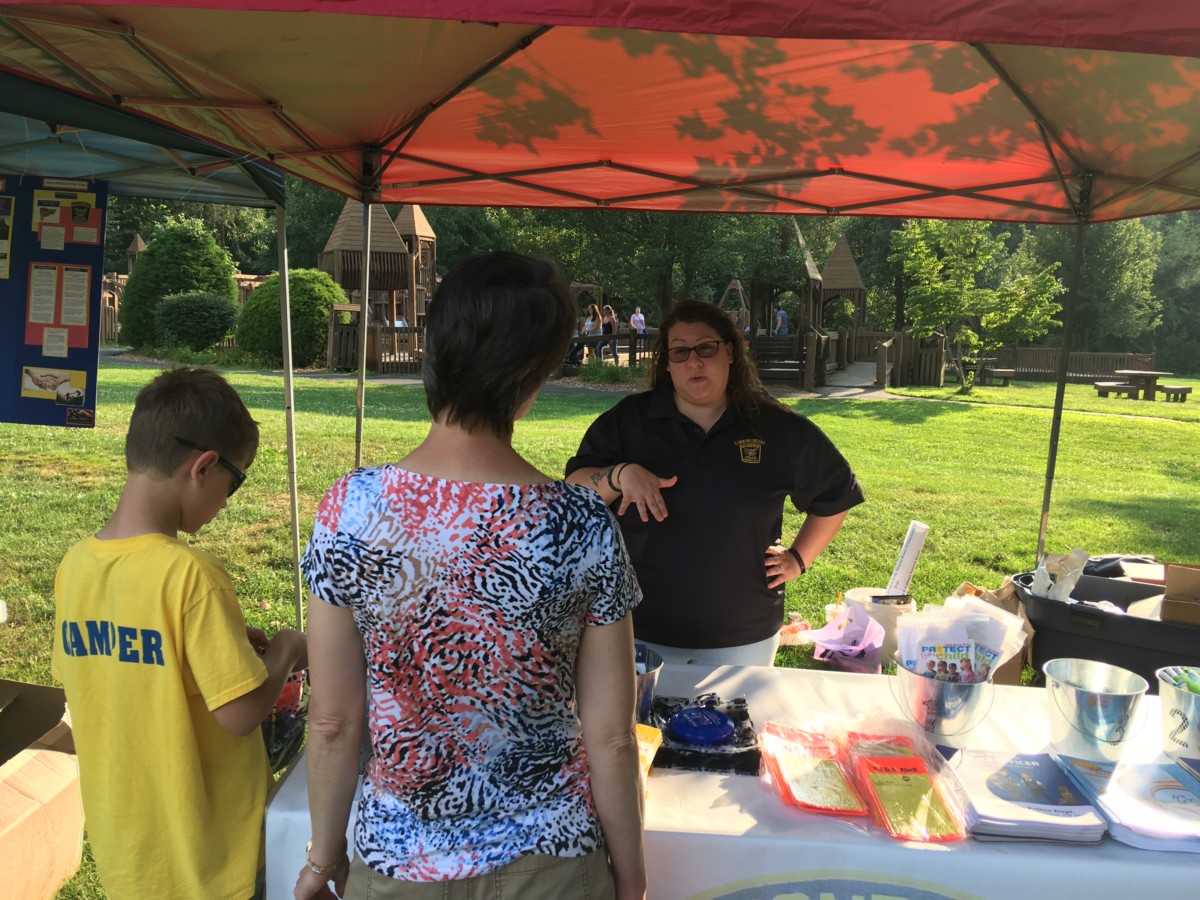 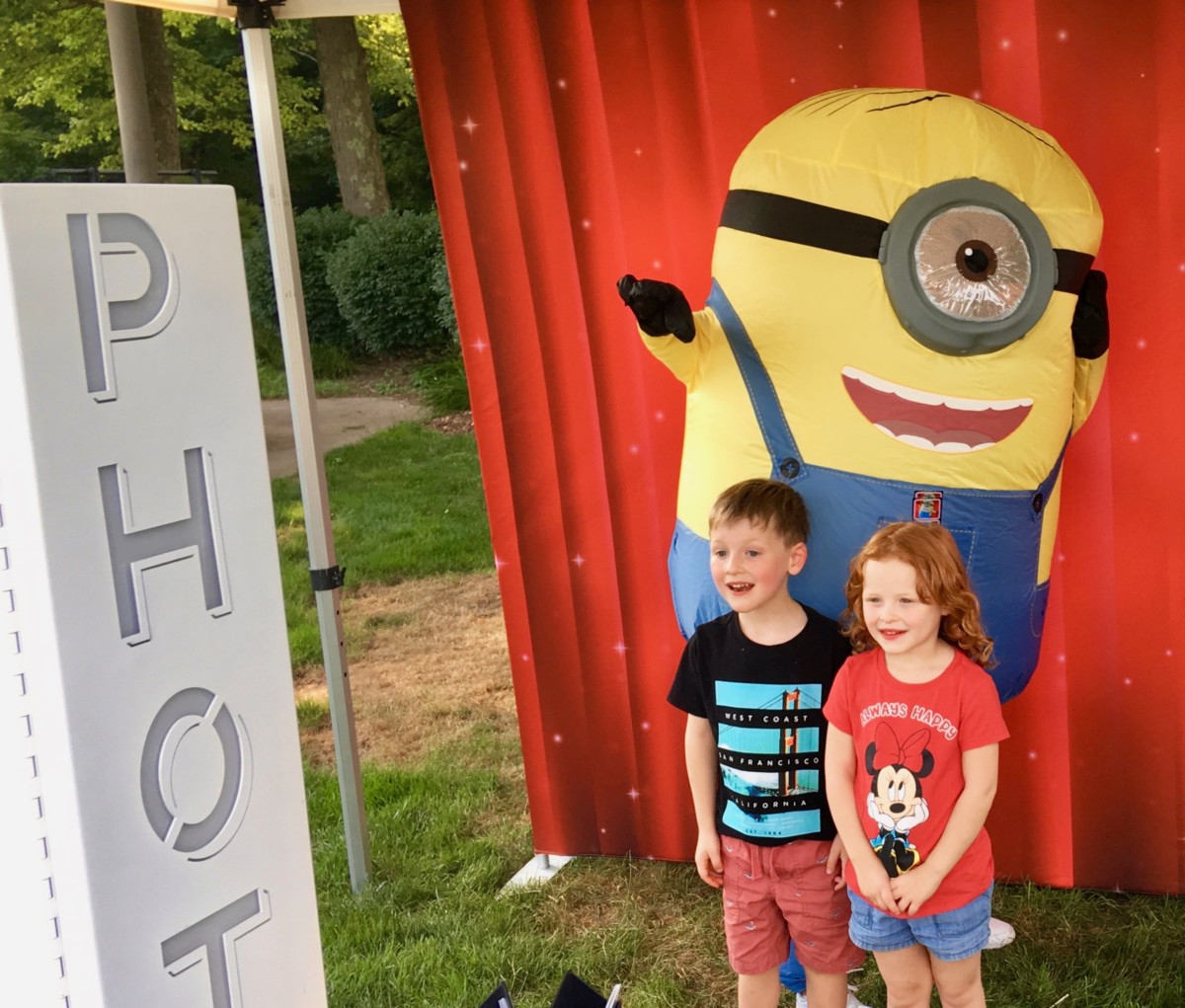 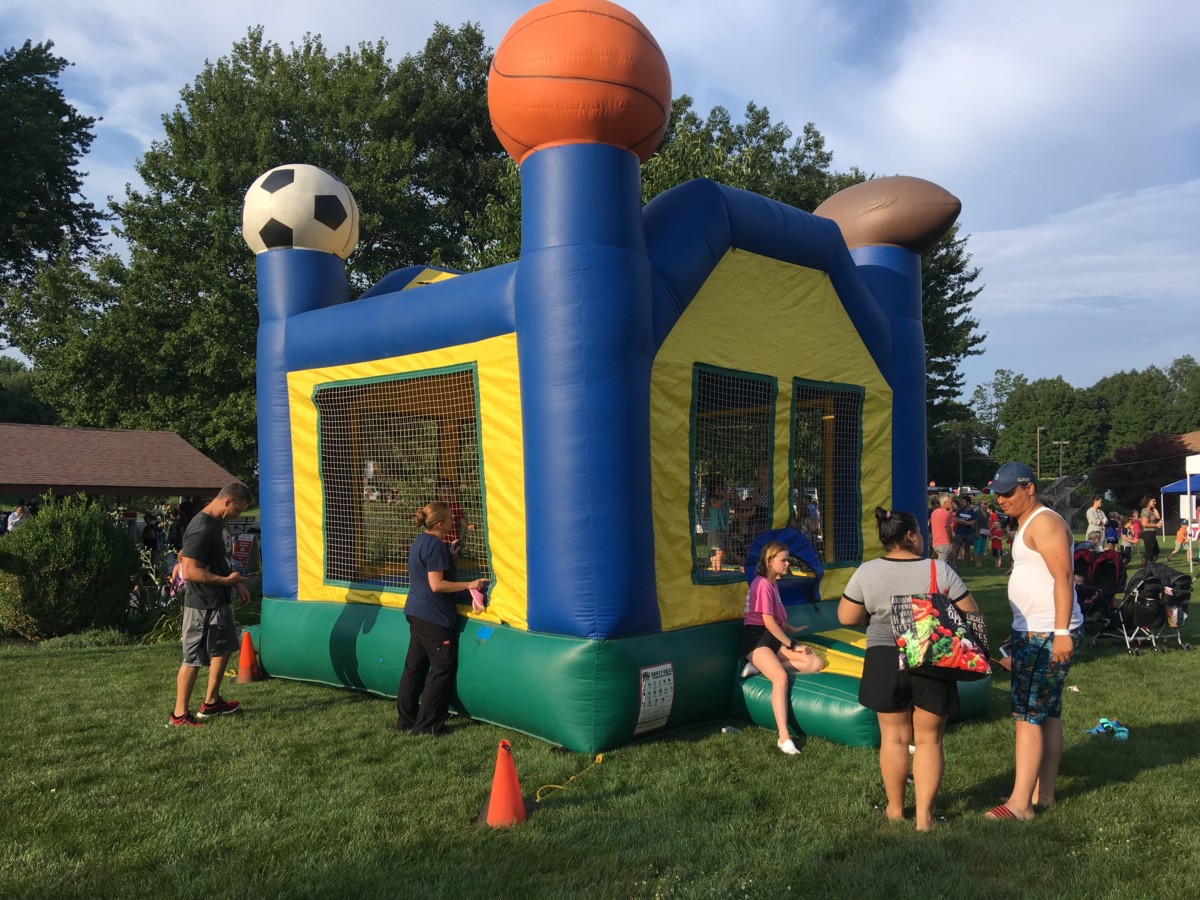 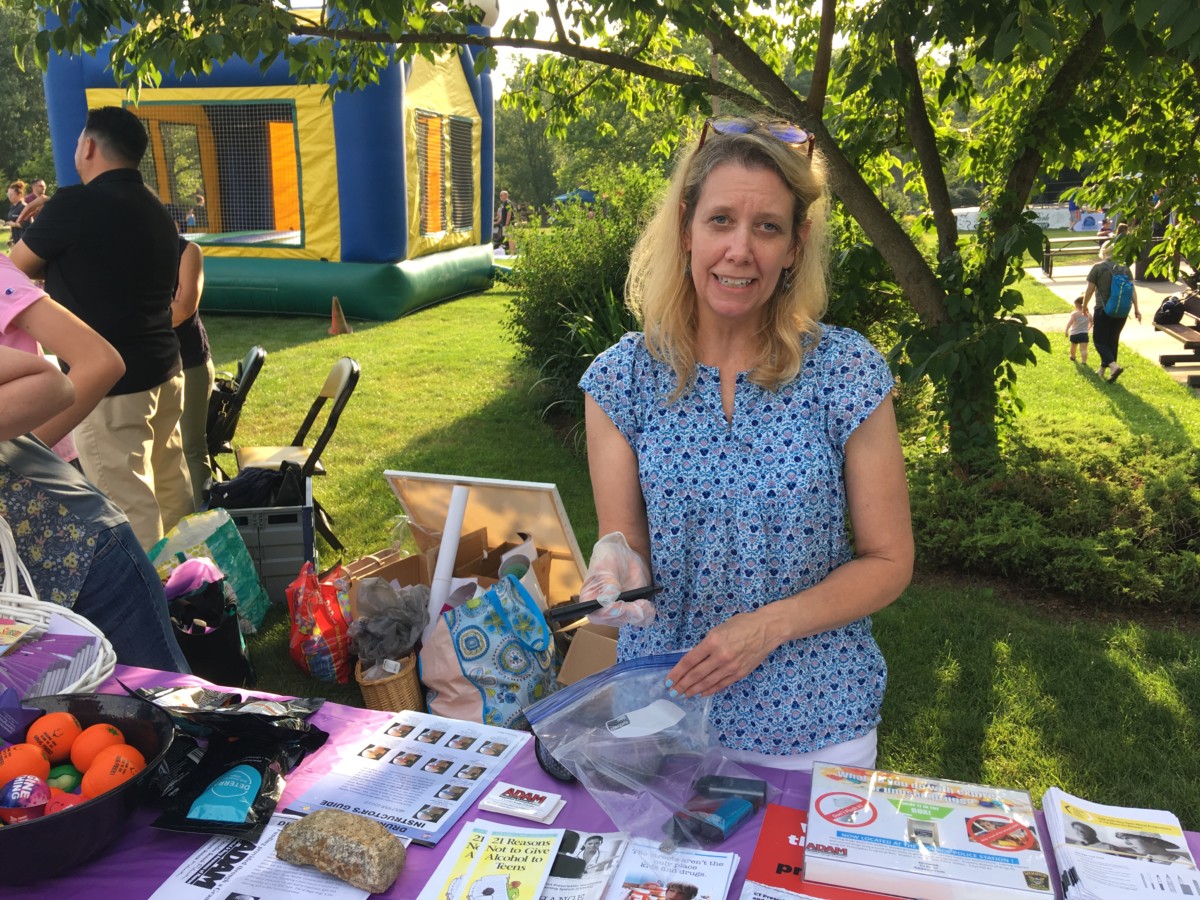 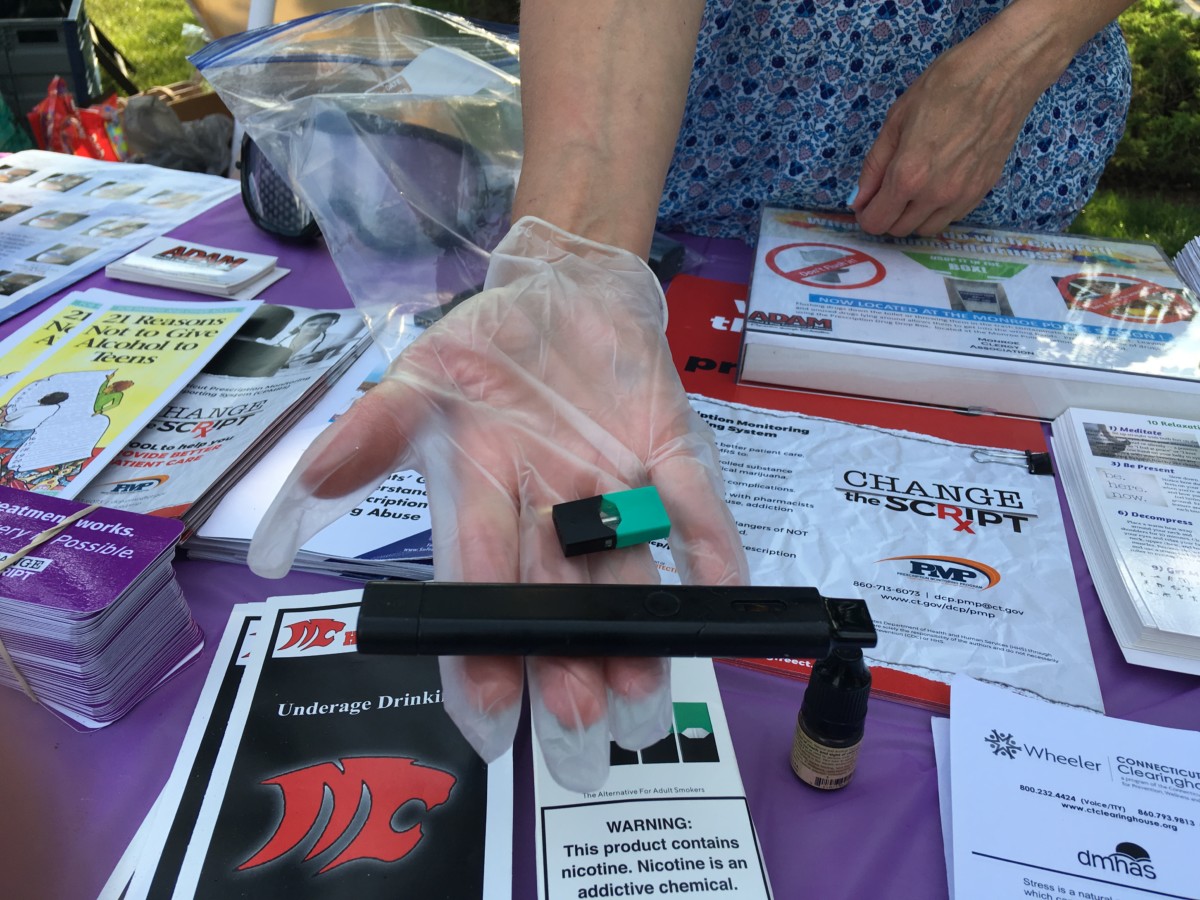 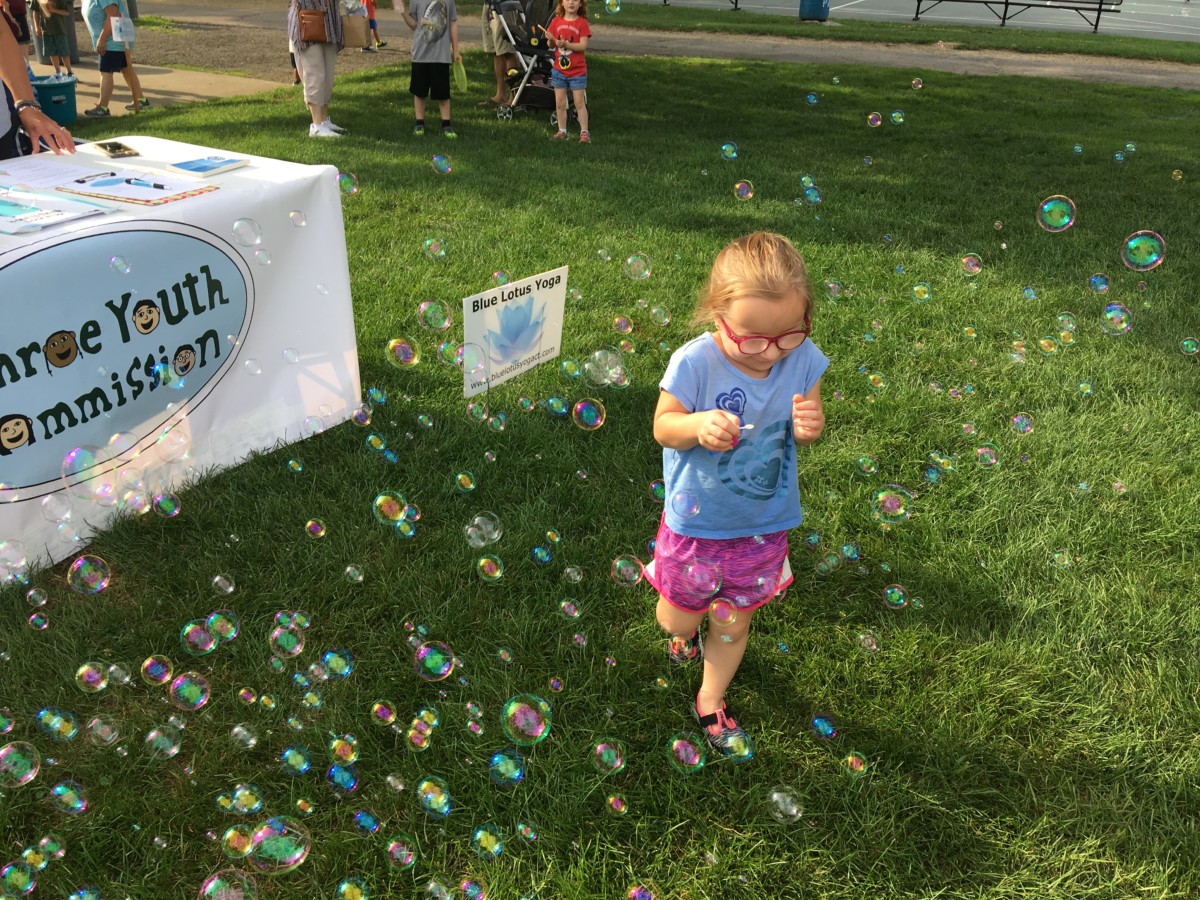 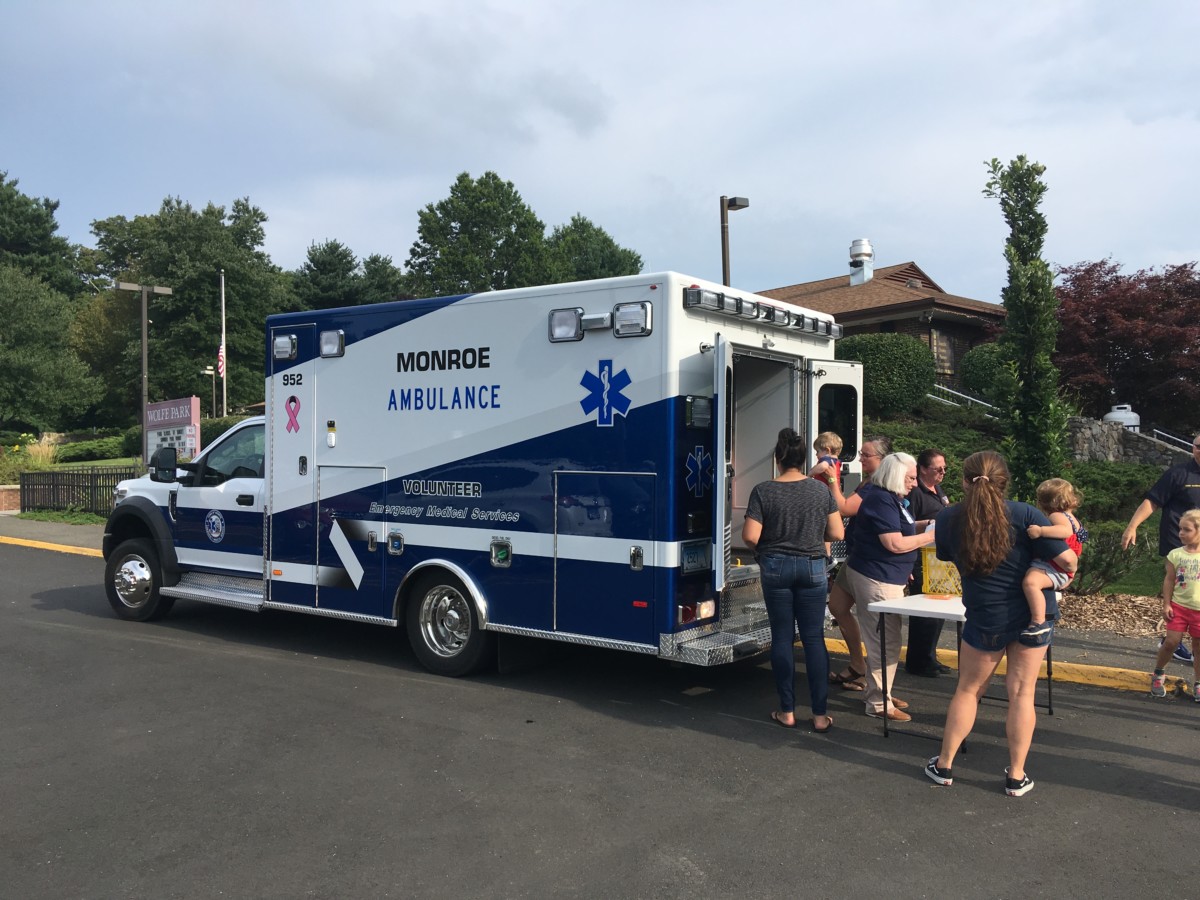 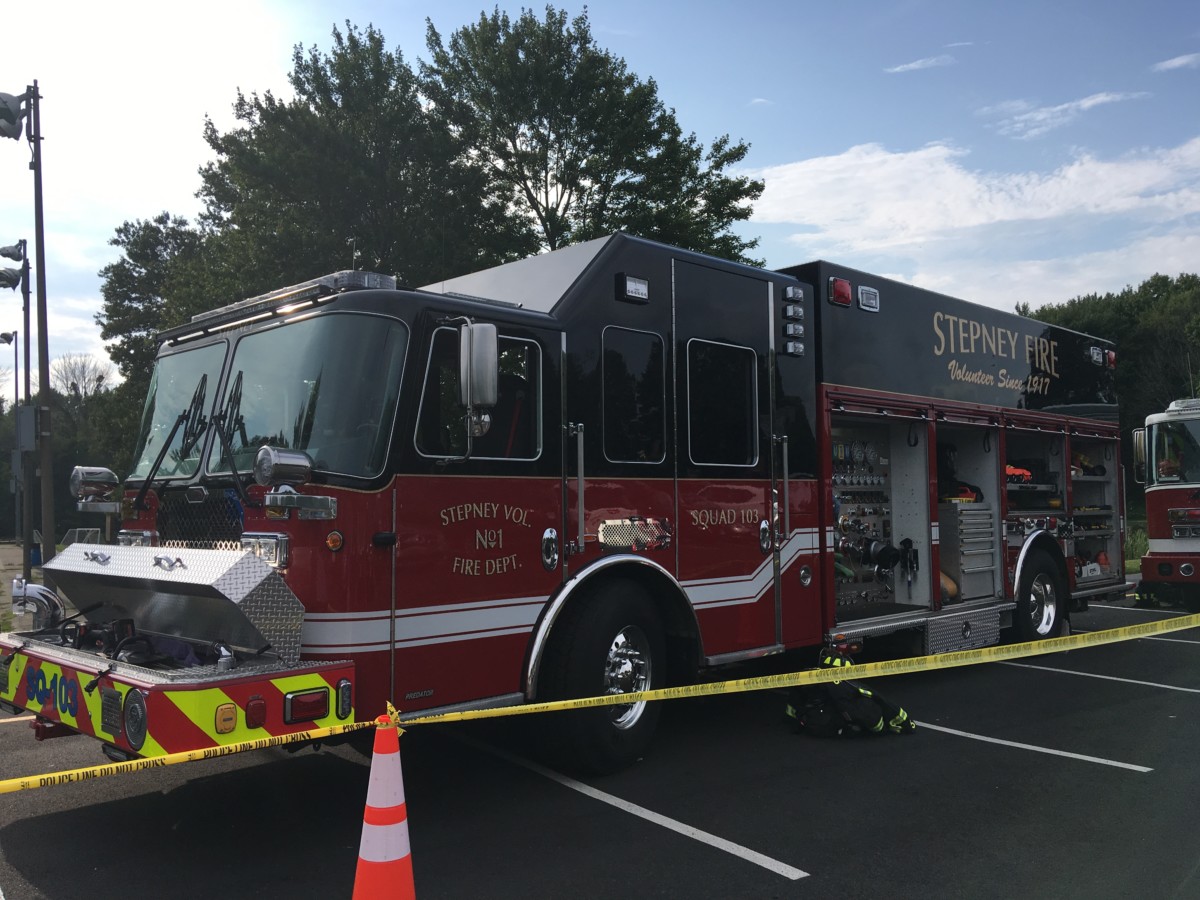 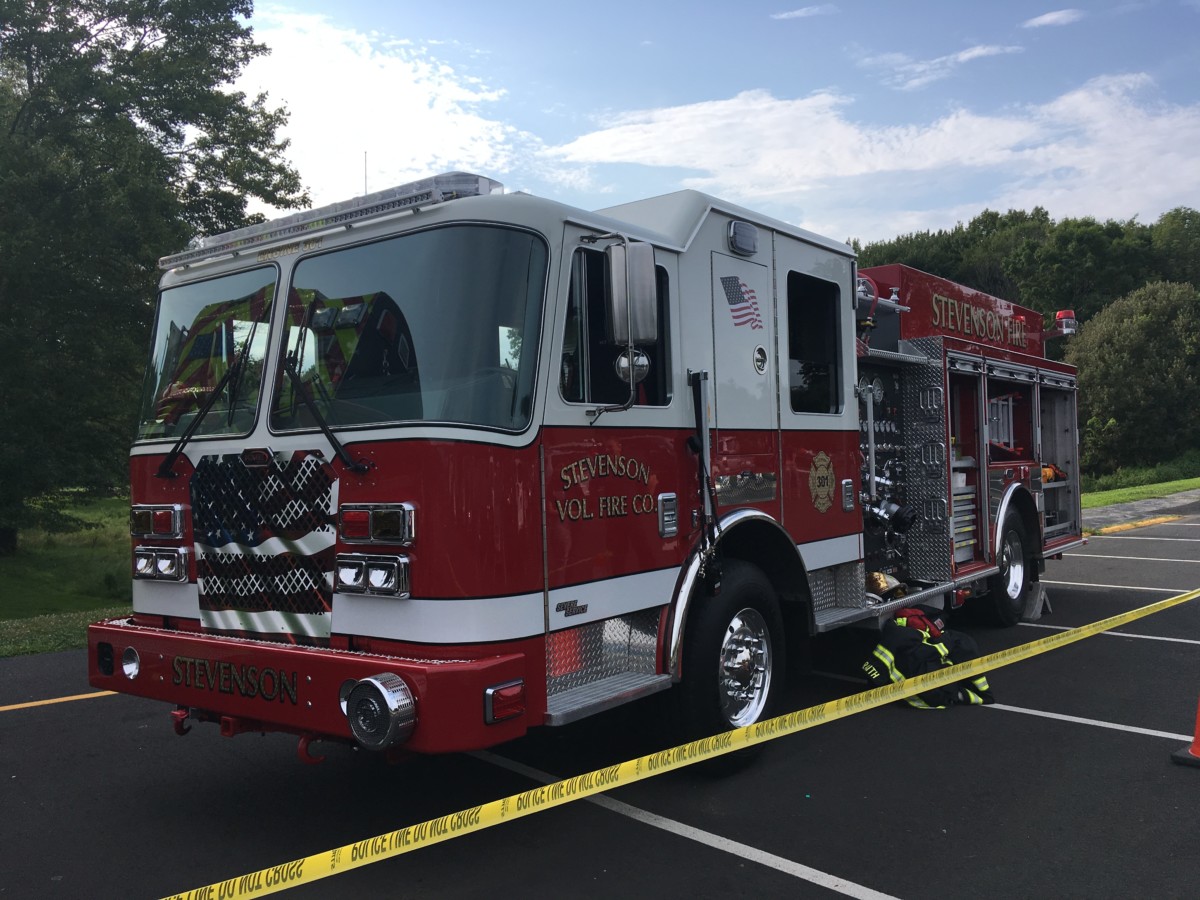