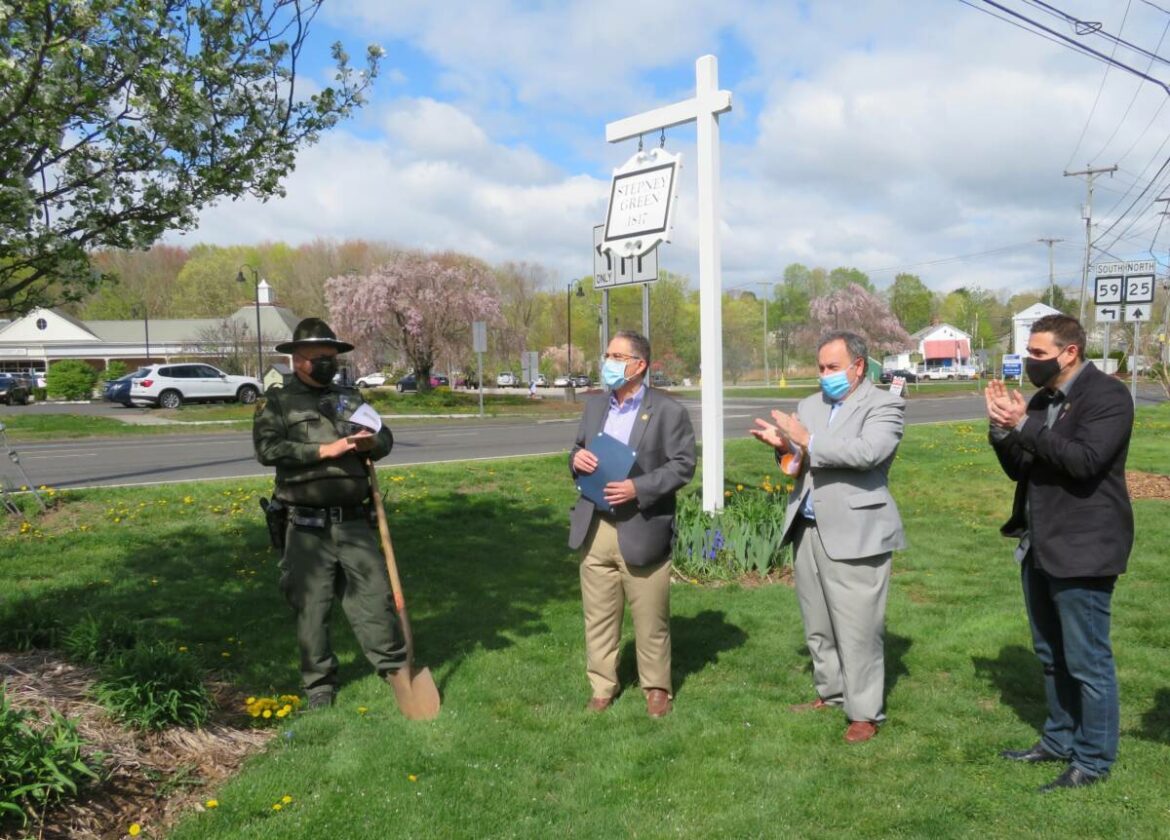 MONROE, CT — A small ceremony on Stepney Green Friday morning celebrated the donation of a Fringe tree from the Save Our Stepney Task Force on Arbor Day, as well as the town of Monroe’s continued status as a Tree Town USA community.

The Fringe tree gets its name from its clouds of fleecy white, soft fragrant flowers, according to SOS. It is indigenous to the Northeast and grows from Canada all the way down to the Gulf Coast, though SOS’s donation is the first Fringe Tree in Monroe. 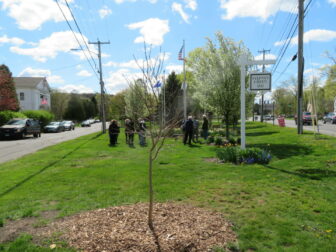 The Save Our Stepney Task Force donated this Fringe Tree to the town to celebrate Arbor Day. It was planted on the Stepney Green.

Park Ranger David Solek, who is also the town’s longtime tree warden, said the tree will grow up to 20 feet tall, which is a perfect height to avoid overhead wires.

“Monroe will always been a green community,” Solek told the crowd. “We will always try to protect the environment.”

First Selectman Ken Kellogg, who read a proclamation proclaiming Friday to be Arbor Day in Monroe, thanked the Save Our Stepney Task Force for donating the tree and for all the grassroots organization does for the town.

“Thank you Dave, for putting Monroe on the map as a Tree City USA community,” Kellogg said to Solek. “Monroe is very tree friendly.” 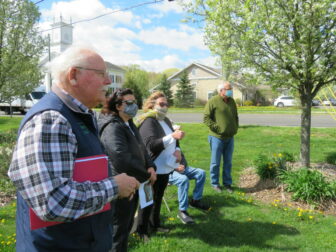 Members of the Save Our Stepney Task Force are among the small crowd who gathered on Stepney Green for an Arbor Day ceremony Friday.

In 1976, the Arbor Day Foundation launched its Tree City USA program, providing direction, assistance and national recognition for its designees. It includes a framework for a healthy, sustainable urban forestry program in communities, according to SOS.

In 2004, Solek worked to attain the status for Monroe, which is one of 16 Connecticut communities to be granted Tree City USA status.

State Rep. Tony Scott, R-112th, was among the local dignitaries at Friday’s ceremony. Scott noted how Monroe’s natural beauty, with its trees, parks and open space, is a big factor in people’s decisions to move here.

Scott also praised the members of SOS for their contributions to the town. “You guys are leaders dedicated to helping Monroe,” he said. “We need more residents like you, who truly make Monroe beautiful.” 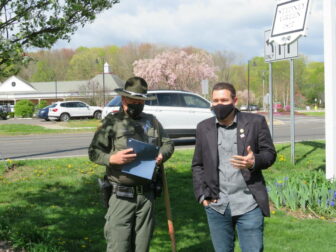 David Beers, the new regional state forester, said he was impressed with Friday’s turnout. “Trees make life better and they make life better in Monroe,” he said. “Thank you from the state of Connecticut.”

Solek recognized Conservation Commission Chairwoman Karen Burnaska and the commission’s secretary, Barbara Thomas, who were also in attendance, for reviewing applications to ensure the right trees are planted in the right spots in town.

SOS Task Force President Joel Leneker, Vice President Kathy Loehr and her husband Greg attended the ceremony, along with fellow SOS member Lee Hossler, Parks and Recreation Director Missy Orosz and Ray Giovanni, who is president of the Monroe Chamber of Commerce and chairman of the Monroe Economic Development Commission.

The origins of Arbor Day date back to the early 1870s in Nebraska City. A journalist by the name of Julius Sterling Morton moved to the state with his wife, Caroline, in 1854, a little more than 10 years before Nebraska gained its statehood in 1867. The couple purchased 160 acres in Nebraska City and planted a wide variety of trees and shrubs in what was a primarily a flat stretch of desolate plain.

On January 7, 1872, Morton proposed a day that would encourage all Nebraskans to plant trees in their community. The agriculture board agreed, 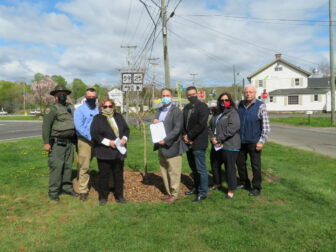 and after some back-and-forth about the title—the event was originally going to be called “Sylvan Day” in reference to forest trees — Morton convinced everyone that the day should reflect the appreciation of all trees, and “Arbor Day” was born.

It wasn’t until 1970, however, that Arbor Day became recognized nationwide thanks to the efforts of President Richard Nixon. The national observance falls on the last Friday in April.