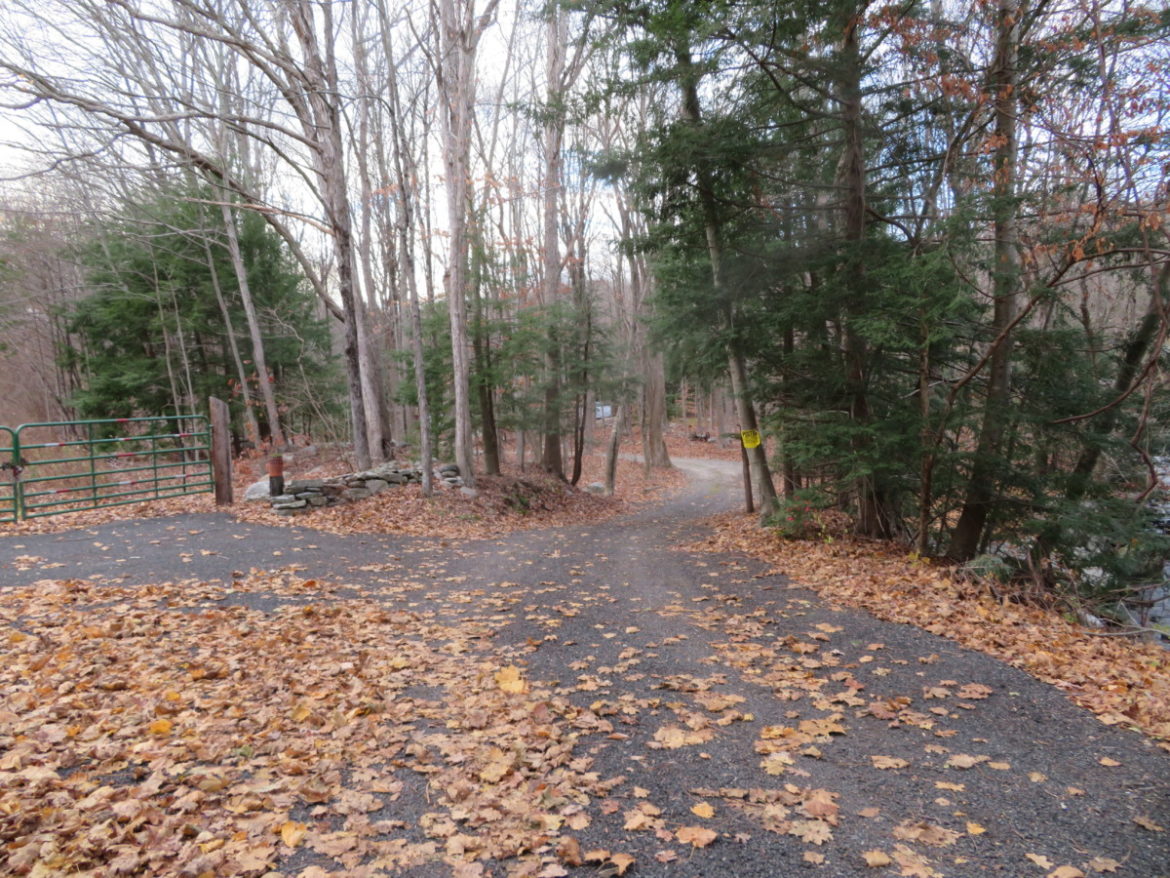 A road off Monroe Turnpike known as Old Webb or Old Stationhouse road, was once part of State Highway 145.

MONROE, CT — A small gravel road off to the right of the driveway for Mondo Septic Services and Construction on Monroe Turnpike is known as Old Webb or Old Stationhouse road. Once part of State Highway 145, it used to lead to a bridge that carried traffic over the Halfway River toward Newtown. The town acquired the road around 1930, when it was abandoned by the state after Route 34 was built.

Now, Bruce C. Mondo is asking the Town Council to discontinue it as a town road, because it separates his properties at 1603 and 1615, impairing his ability to develop his land.

The winding road leads to a house owned by William and Geralyn Wiley, both are Stevenson firefighters and William was a past chief. It is the couple’s only access to their home, where they’ve lived since 1976.

However, the Wileys agreed not to oppose discontinuance of the road as part of a court settlement, because they have an easement to cross Mondo’s property to access their home.

Through their attorney, Gail E. McTaggart, the Wileys only asked that the word “discontinuance” be used, rather than “abandoned,” because the settlement agreement says a “discontinuance” would not be opposed.

The Town Council referred Mondo’s request to the Planning and Zoning Commission for a municipal referral and the commission unanimously voted to issue a favorable report at its meeting last Thursday.