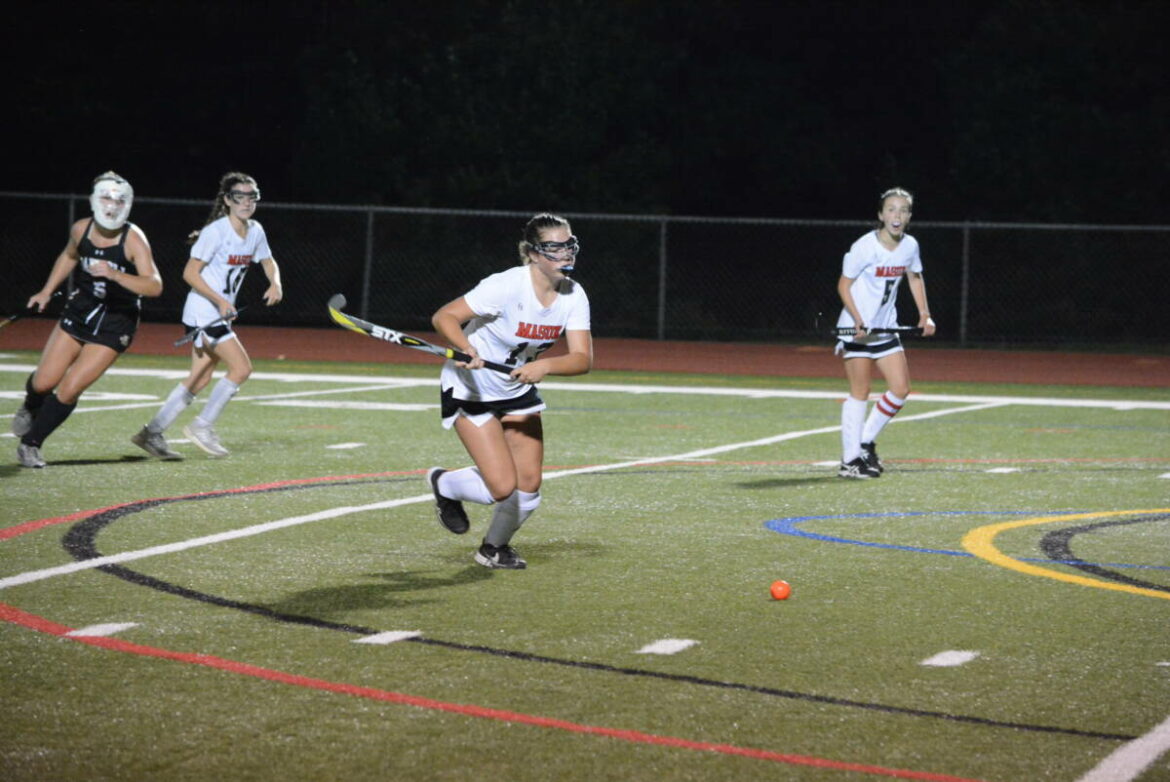 Izzy Viglione goes for the ball, just before scoring a goal against Barlow.

MONROE, CT — Masuk High’s field hockey team began the season with a 7-0 win at Weston on Sept. 9, then dropped a hard-fought 4-3 contest to Joel Barlow of Redding in the Panthers’ home opener, on Sept. 13. 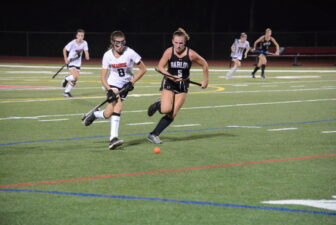 The field hockey team joined the boys’ soccer squad in starting the season with a 7-0 triumph. Ella Bunovsky scored three goals and had an assist, Molly Halliday had two goals and two assists, Izzy Viglione scored twice, and Amelia Logan tallied a trio of assists.

Against Barlow, the Panthers trailed 2-1 at the half and claimed the lead with a pair of cage-finders in a span of less than three-and-a-half minutes early in the third quarter.

Masuk led 3-2 heading into the fourth, but Barlow’s pressure paid off with the tying goal with 9:27 to play and the game winner coming on a penalty stroke with just 37 seconds remaining.

“We have a very good team this year — very competitive, and I think the game against Weston and this one also showed that,” Masuk Coach Kathleen Foley said after the Barlow game.