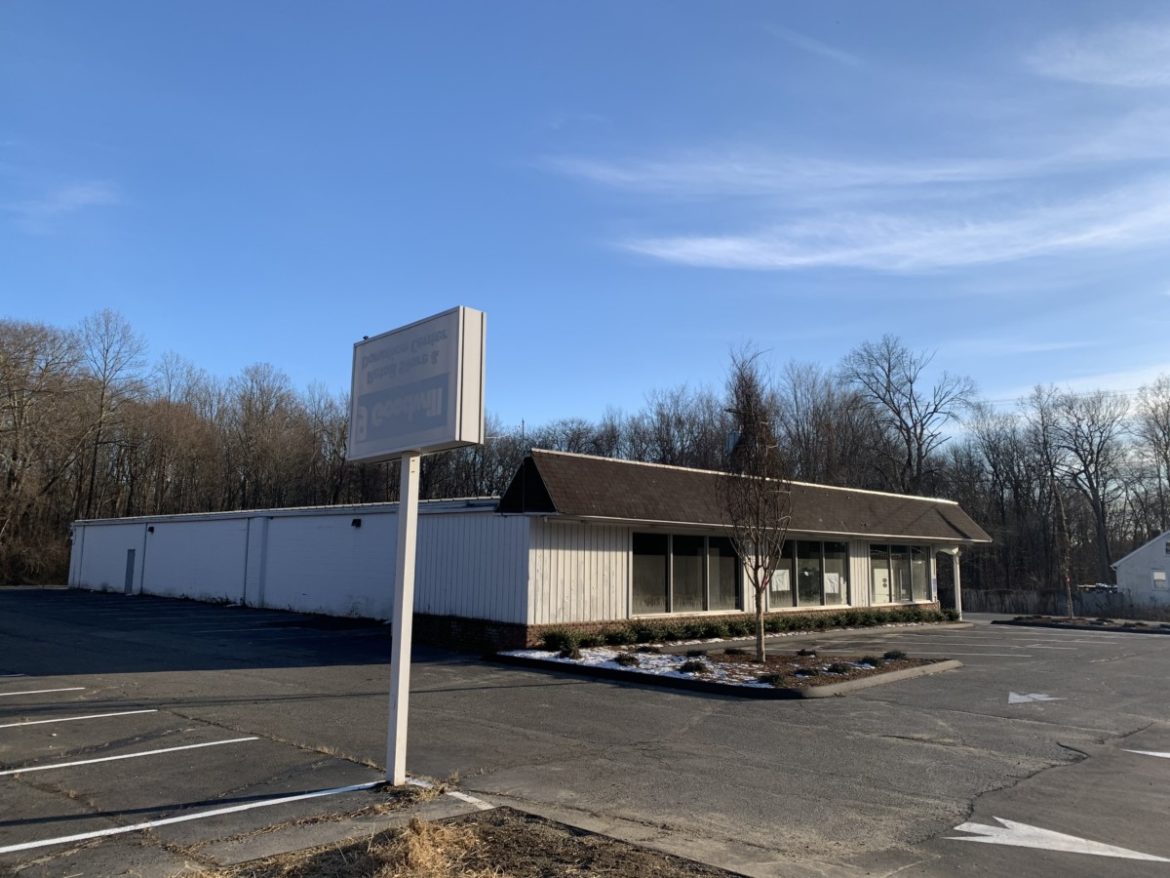 The former Walter Stewart's Market building on Monroe Turnpike has been vacant since Goodwill moved out in 2016.

Robert “Bailey” Stewart’s plan to open the liquor store 574 Wine and Spirits in the former Goodwill building at 574 Monroe Turnpike has been delayed by the weather and asphalt companies closing for the season.

On Thursday night, the Planning and Zoning Commission granted a conditional certificate of zoning compliance, allowing an extension for Mountainside Construction, an Oxford company, to complete a punch list of work that is required for the building to receive a temporary certificate of occupancy.

The COO is needed for the business to apply for a liquor permit from the Connecticut Liquor Control Commission.

Fernando De Andrade, the principal of Mountainside Construction, told commissioners the weather made it difficult to paint the exterior of the building and that he will have to wait until the spring to do work in the parking lot.

De Andrade agreed to complete all of the work before a June 1 deadline, which was unanimously approved by the commission.

Prior to it being a Goodwill store, the building housed Walter Stewart’s Market, which operated from 1986 to 1995, before closing shortly after the Big Y World Class Market opened nearby.

Stewart leased the building to the Goodwill store for 21 years, before the store moved out four years ago. The building has been vacant ever since.

“I think it will be a real positive for Monroe,” Stewart said of 574 Wine and Spirits. “I’ve owned the property for over 30 years and it was well-received as a Walter Stewart’s Market. I’m excited about it and I think people will embrace it. I haven’t heard any complaints, so I’m sure it will do very well.”

The closest liquor store in the area is GlenRo Spirit Shoppe at 487 Monroe Turnpike.

Stewart praised De Andrade as a “problem solver” for the 574 Wine and Spirits project, of which Stewart’s nephew, Scott Overbeck, is the project manager.

The Monroe Planning and Zoning Commission approved a special exception permit for a site development plan on Nov. 7. Last month, Stewart filed a “tenant fit up plan” with the Building Department.