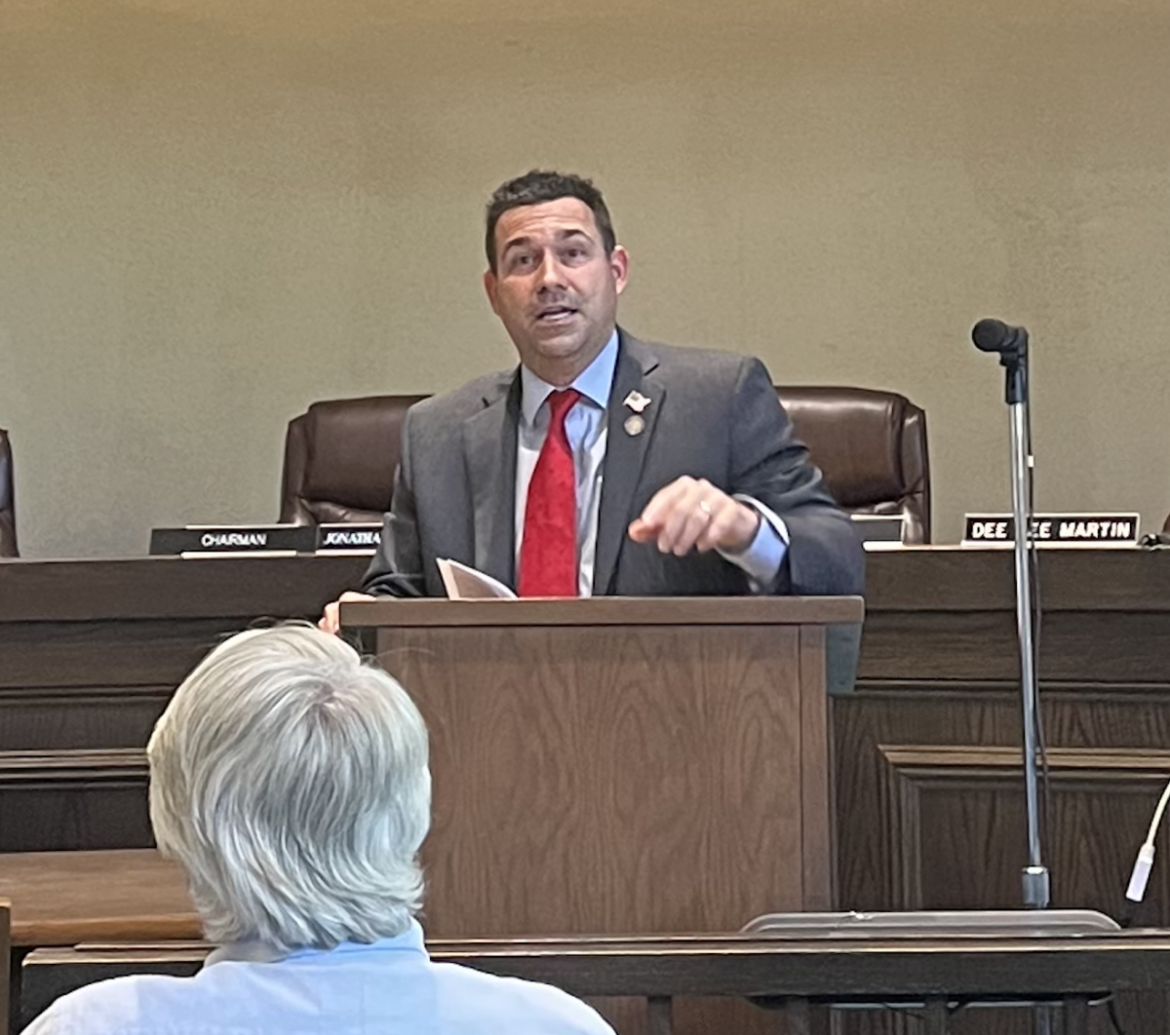 State Rep. Tony Scott, R-112th, is seeking a second consecutive term as Monroe's voice in Hartford. His district now includes close to half of Easton and a portion of Trumbull.

MONROE, CT — State Rep. Tony Scott is seeking another term, this time in the newly drawn 112th District representing Monroe, Easton and a portion of Trumbull. The incumbent Republican faces Sheila Papps, a Democrat from Easton.

Efforts to reach Papps were made with emails to Easton Democratic Town Committee Chairwoman Nanette DeWester, a phone message left with the Easton Registrars of Voters Office and a Facebook message to Papps, with no response.

Scott agreed to answer several questions on local issues. The questions and his answers are below:

Abortion is a major issue around the nation. If someone in the legislature proposes a bill to ban the procedure in Connecticut, where would you stand?

Scott: I know of no Legislators, nor House Leadership, in either party who will be proposing any bills banning abortion.  Abortion has been decided in Connecticut and I have no interest in attempting to change the bill that has already been passed.

What do you believe to be the most important issue Connecticut is facing and why? What do you think the governor and legislature should do about it?

Scott: The bad economy is the most important issue facing the citizens of Connecticut. Recovery is not going well with the second worst Real GDP in the U.S. in the second quarter and worst personal income growth in the country. Also, inflation is close to historic highs, gas prices are still elevated and citizens are going to be in for a rude awakening when they start getting their oil tanks filled this winter.

The most logical thing the Governor and Legislators can do is provide more immediate tax relief to our citizens. With such a huge surplus due to the influx of Federal money and inflation, we have the ability to give back the over taxation to the pockets of the people in Connecticut.

Is there anything the state can do to give residents relief from rising inflation? How can Connecticut be a more affordable place to live?

As mentioned previously, we can give more immediate tax relief to the people of Connecticut. Republicans have offered over $1.2 Billion in tax relief, roughly double what the Governor and Democratic Legislators are willing to give, and it would get in the pockets of those in need now, when they need it most.

And we can do all of that without raising taxes and just using the money the government is currently over-taxing the taxpayers.

What should Connecticut do to grow its economy and create more high paying jobs?

In my two years in Hartford as a State Representative, I have been recognized with a 100% score by the Connecticut Business and Industry Association (CBIA) for my voting record in support of both Connecticut businesses and workers.

I will continue that next term if elected in November.

Before voters go to the polls, what should they know about you?

I take this responsibility of being a State Representative very seriously. I have not missed a vote in my two years since being elected and will do my best to keep that streak alive next term.

I also want voters to know I want to hear from them. They need to use their voice at the polls, but also to their elected officials.

I introduced, and got passed, two bills as a freshman strictly because residents in the 112th District reached out to me and let me know their problem. I want to be their voice in Hartford!