Some questioned by Justin Orlando, left, did not wear a mask at Monday's Board of Education meeting at Masuk. Chairman David Ferris says Orlando has a medical exemption.

MONROE, CT — Several people watching the Board of Education budget workshop online Monday night questioned why board member Justin Orlando was not wearing a facial covering, a requirement at meetings. Orlando told The Sun he has a medical exemption allowing him not to wear a mask.

Orlando declined to say what his medical condition is, because of doctor/patient confidentiality.

Chairman David Ferris confirmed that Orlando has a medical exemption. 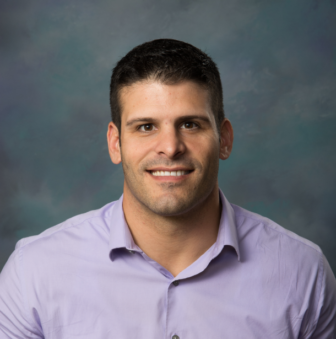 Orlando, a Republican serving his first term on the Board of Education, made his views on COVID-19 and masking clear during the election.

He disagrees with Gov. Ned Lamont having sole authority on how the State handles the pandemic, including the executive order requiring masking in schools.

“I am not anti-mask. I am pro choice,” Orlando explained. “This forces people to do what they disagree with. The governor is mandating that I mask my kids.”

During the campaign, Orlando, a married father of three, said his children go to school with masks with the exception of his oldest daughter who has a medical exemption, signed by a pediatrician.