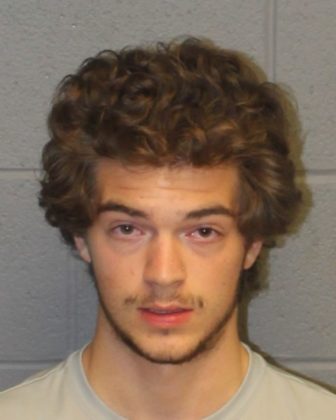 A 19-year-old Monroe man was arrested on drug charges late Monday night, after an officer patrolling the area of Cottage Street and Brookside Drive saw a vehicle parked in a railroad access parking area.

Police said Kevin Harper was sitting in the driver’s seat with drug paraphernalia in plain view resting in his lap. A subsequent search of Harper and the vehicle yielded over a half-an-ounce of marijuana packaged for sale, over $500 cash and several types of drug paraphernalia, according to the report.

Harper was charged with possession of more than half-an-ounce of cannabis, possession of drug paraphernalia and possession with intent to sell. He was released on $500 bond for an Aug. 15 court date.