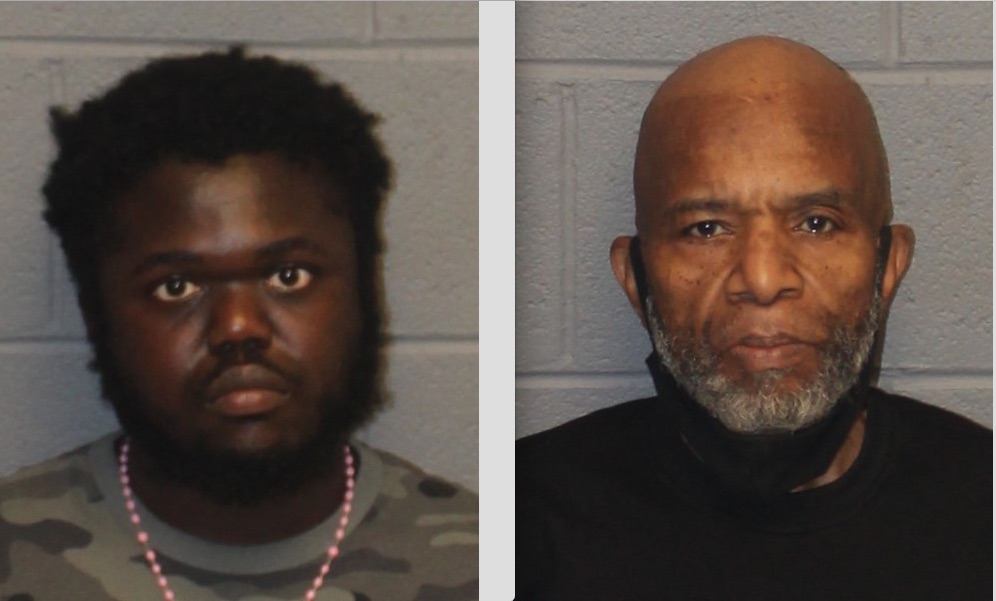 The scheme fell apart when a bank employee became suspicious, when one of the men, Leroy Brown, 70, of Mount Vernon, was unable to pronounce the account holder’s name correctly, according to police.

The employee kept the identification provided and contacted the police as Brown and Lucas Jerome, 19, of Spring Valley, fled the scene on foot, police said.

Using the physical descriptions and the false photo I.D. retained by the bank, police said officers found Brown and Jerome at the Mobil Station at 405 Monroe Turnpike.

It was later discovered that Jerome was using his legitimate identifications to attempt to open a new account to transfer the stolen funds, according to the report. During a search of Jerome, prior to his arrest, officers found a concealed 8-inch kitchen knife in his coat, police said.

Brown was charged with criminal impersonation, first-degree identity theft, conspiracy to commit first-degree larceny and illegal use of a payment card for an amount greater than $500. He was held on $50,000 bond.

Jerome was charged with conspiracy to commit first-degree larceny and carrying a dangerous weapon. He was held on $10,000 bond.

Both men were taken to court at 172 Golden Hill Street in Bridgeport for arraignment on Dec. 30 (today).

The incident occurred around 2:15 p.m.

One thought on “Police: Identity thieves tried to clean out victim’s $200,000 bank account”