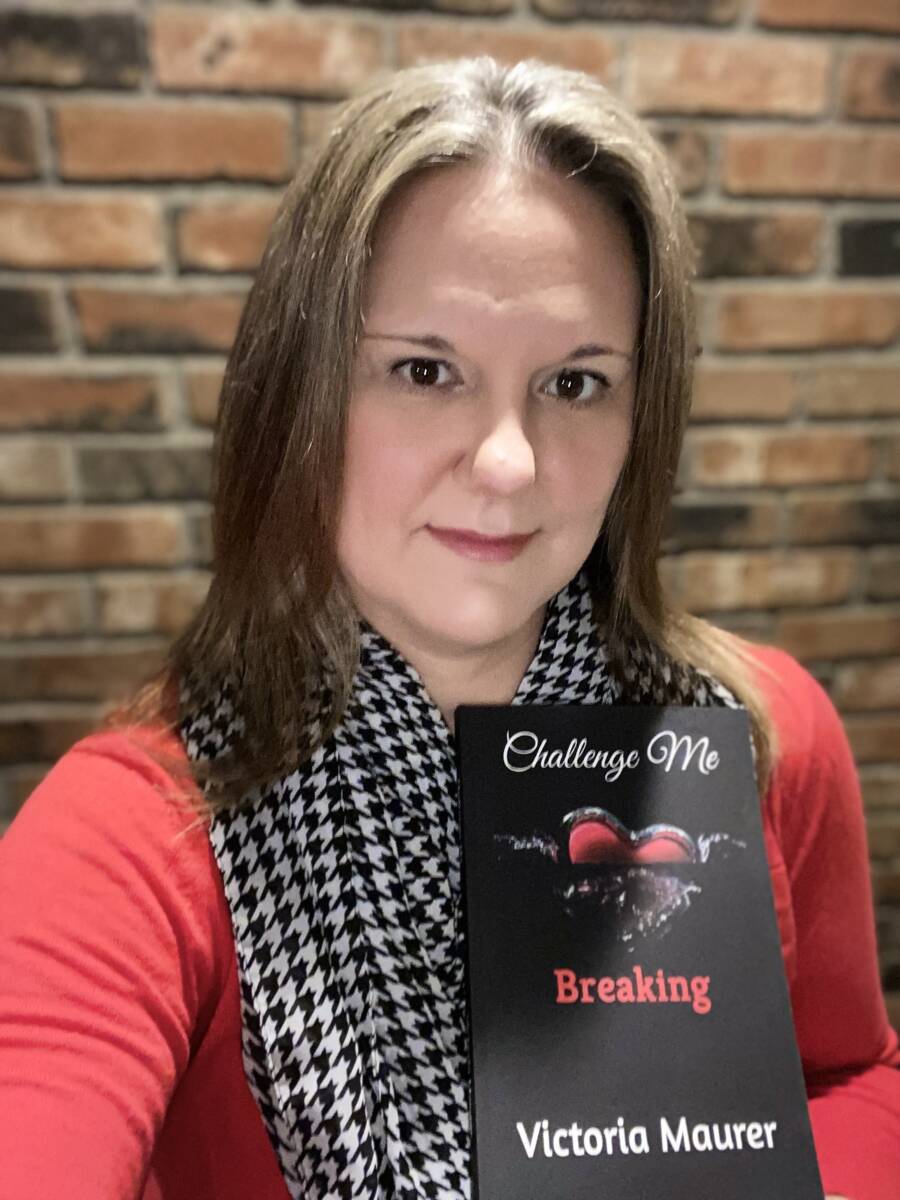 MONROE, CT — Victoria Maurer of Monroe, a married mother of three, wrote creative stories while growing up on Long Island. She recently had an idea for a romance novel and took the plunge, writing her first book, “Challenge Me: Breaking.”

The book was self-published through Kindle Direct Publishing. Maurer hired her cousin, Natalie Favre, who is pursuing a Master’s degree to become a book editor, to edit her novel.

Now, Maurer is looking for an agent and a publishing house the second novel in her series, following the passionate but rocky romance of Elizabeth Dixon, a college student who falls in love with Jason Green, a fellow member of the school swim team.

Though “Challenge Me: Breaking” is a work of fiction, Maurer draws from some life experiences and performed research to bring her story to life.

Maurer said she researched real estate sales to envision what houses would look like in her book and looked up information on cars.

“Every time I get great ideas I put it in my phone,” she said of her writing process.

She started writing her first book on April 29, 2020 and finished it last June. Maurer said she mostly wrote at night when her children were in bed.

Maurer’s writing style is also influenced by the books she reads.

“I always hated reading in school,” she recalled. “Now I’m reading the classics. I never minded writing. I think it’s a fun escape. It brings you to a whole other world and you can make anything happen.”

In school, Maurer did not like being told what books to read, but later in life she found a joy of reading on her own. Among her favorite authors are J.A. Huss, Lauren Blakely, Stephen Ambrose and Leo Tolstoy.

“I listen to a lot of books. I’m a huge audio book listener,” Maurer said, adding she is able to listen while doing everyday tasks like laundry and driving. “I have over 100 books on my list. I probably listen to romance the most. I listen to a lot of historical books about World War II.”

A trilogy in the works? 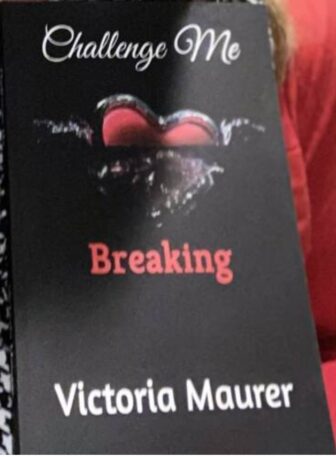 Maurer’s second novel, “Challenge Me: Broken”, may come out by this summer. She said that will not be the last her fans hear from the series’ main character Elizabeth Dixon.

“I will have to write a third book,” Maurer said. “My husband said book series comes in trilogies.”

“Challenge Me: Breaking” is available on Amazon, GoodReads, and BookBub. Maurer designed the cover, which is black with white and red lettering. The art is a heart sinking in water.

“I bought an image off iStock,” Maurer said of the heart, adding she wanted something simple, associated with water, swimming and heartbreak.

No matter what happens in her search for an agent for her second book, Maurer will always be grateful for the experience of writing her first.

“I feel super accomplished and really proud of myself,” she said. “How many people can say they published a book? I found out I was capable of writing a lot more than I was. I didn’t know if I could write fifty, 60,000 words and have it make sense. I’m happy I was able to do it.”