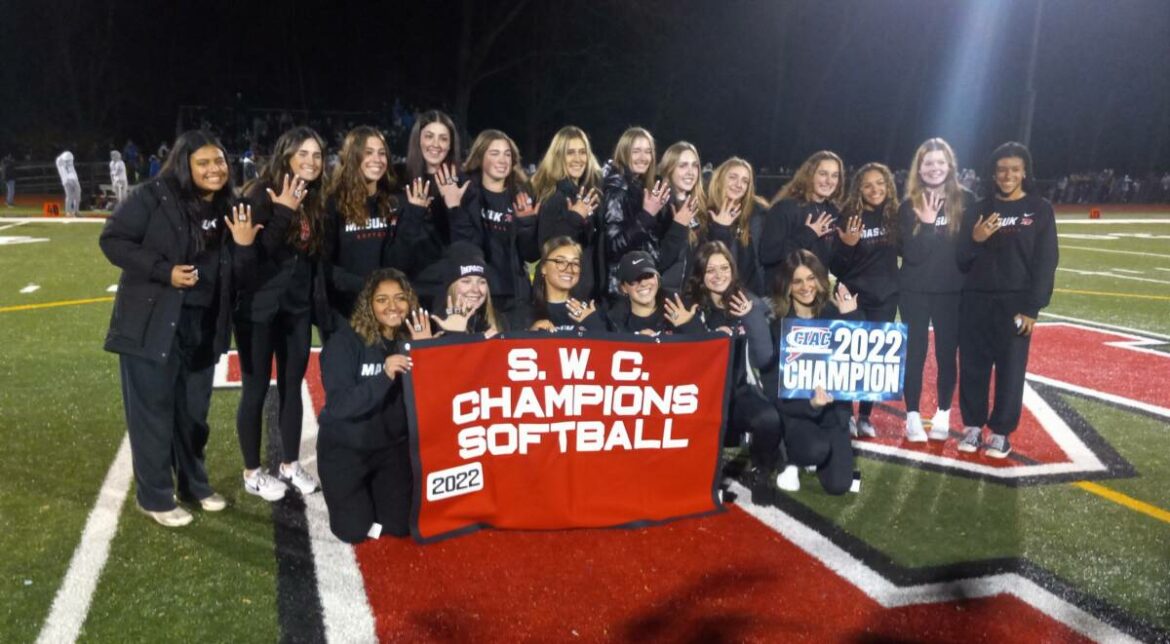 Players on Masuk's 2022 softball team show off their championship rings at halftime of their school's home football game against Newtown Wednesday.

MONROE, CT — During halftime of a game in which one Masuk High team was looking to bolster its state playoff seeding, another was recognized for winning a state title on Thanksgiving Eve.

Members of Masuk’s 2022 softball team were honored during a ring ceremony commemorating their run to the top during intermission of the home football game versus Newtown on Wednesday night.

The top ranked softball team outscored four opponents 13-1 en route to capturing its fourth consecutive state championship, culminating with a 4-0 win over No. 7 Waterford in June.

The football team lost 46-12, but will have a chance to bounce back in the Class MM State Playoff opener on Tuesday.