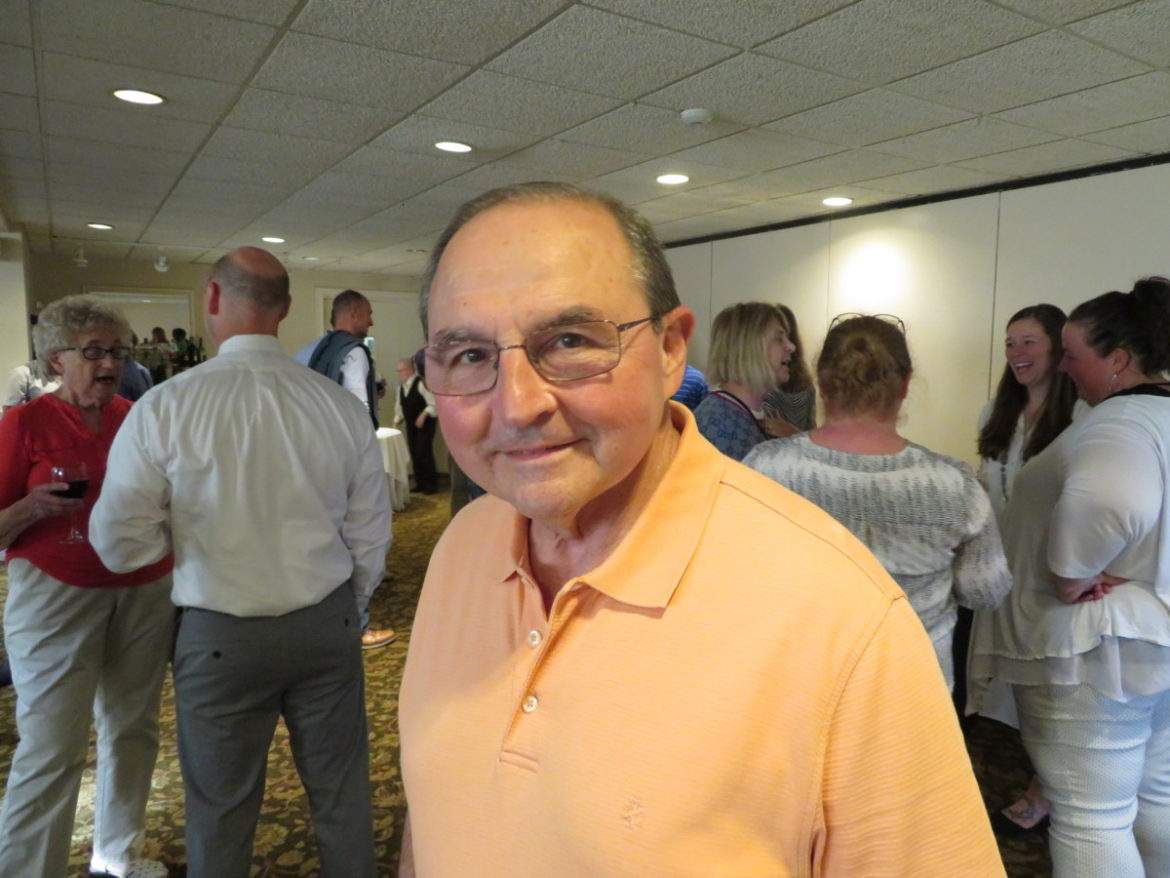 Carl Bodnar taught classes wrote curriculum, coached and started the Masuk football program and girls track team over the course of his 49-year-career.

The Masuk Panthers are well known as a football powerhouse, but when Carl Bodnar was hired as a history teacher 49 years ago, the high school had no varsity football team. In 1970, Bodnar and Vinny Lombardo established the Masuk football program.

“We had no field, no goal posts and no Wolfe Park,” Bodnar, now 72, recalled with a chuckle. “I remember teaching our kicker how to kick field goals with no uprights.”

The Panthers played their home games at Trumbull High School.

Bodnar, who also coached boys track and started Masuk’s girls track team — without a track — in 1972, shared fond memories and funny stories with friends at his retirement party at Roberto’s Restaurant on Wednesday evening.

“Our first football locker room was in a garage in back of the school,” Bodnar said with a smile, “and there was a universal machine in the middle of the room.”

Bodnar is credited with building up Masuk’s weight room. He said it used to consist of a universal machine, one AMF bench and one AMF squat rack. Over the years, when private gyms closed, Bodnar brought in the old equipment, painted and reupholstered it for Masuk’s athletes.

On Sept. 3, the Board of Education unanimously voted to rename the weight room the Carl Bodnar Wellness Center.

“It’s an absolute honor,” Bodnar said. “It’s unexpected, but I place value on it, because it services all students. Unfortunately, it’s not as big as we need.”

Bodnar, who lives in Monroe and taught both of his daughters, Marlene and Alena in the ’80s, was helping English teacher Ken Rider with his Capstone projects before working his last day on Thursday.

‘Look each kid in the eye’

Carl Bodnar grew up in Bridgeport and when his mother married his stepfather, Bodnar’s family moved to Trumbull, where he was a member of Trumbull High School’s first four-year graduating class.

“I was on the football team and the track team,” he said, “and I did club gymnastics, sang acapella in a choir and had a part in three plays.” 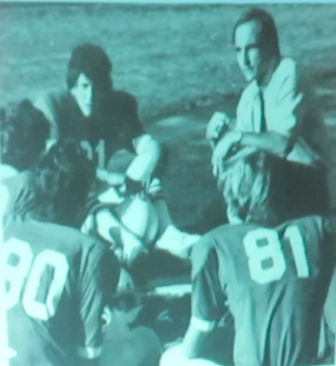 “It’s one of the oldest colleges in the country. It was founded in 1787,” he said. “I was going to be a geologist. Then I took a seminar class in socio-economic history with Professor Louis Athey and between his influence, my college track coach and the school chaplain, I decided to major in social economic history and teach.”

“My grandmother was very supportive about being a teacher, my parents not so much,” Bodnar said. “She spoke half Hungarian and half English and she always told me, ‘make sure every child knows you know they are there.’ So I tried my best whenever I taught to walk around the room and look each kid in the eye.” 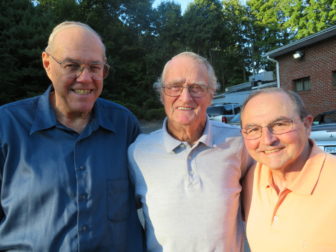 Bodnar coached the freshmen football team for 12 years, leading them to 11 undefeated seasons, and was head coach of the varsity team for one year.

“One of my best memories was the years I coached with Ed Butler for football and track,” Bodnar said. “He loves what he’s doing. He’s intelligent about what he teaches and coaches and he makes students and athletes know they are cared about.”

“Carl was my first real contact with Masuk, because I came in the fall when football season started,” Butler recalled. “I was the line coach. Carl showed me the ropes of being a coach at Masuk. We remain good friends.”

Butler said Bodnar’s influence at Masuk has been “enormous.” “He’s been the most steadfast presence at Masuk since I’ve been here,” Butler said, “and he’s touched thousands of lives in a constructive, creative way.”

“And with the single goal of having Masuk athletes, both male and female, reach their potential,” David Strong, the legendary Masuk girls basketball coach and athletic director, added. 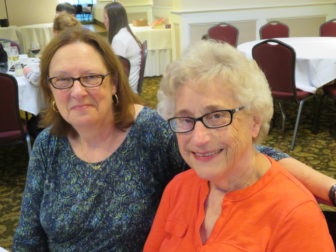 Gin Pettigrew, left, and Betty Heiney taught with Carl Bodnar, who they consider to be a colleague and friend.

Retired Masuk teachers Gin Pettigrew and Betty Heiney were among the party guests.

“Carl was my student teaching sponsor,” Pettigrew said. “We’ve been colleagues and friends forever.” Of Bodnar’s contributions over the years, she said, “they’re immense. I don’t think there’s a part of Masuk High School he hasn’t touched. He will be missed.”

“Carl, for me, has been like an unsung hero,” Masuk Principal Dr. Jacob Greenwood said. “In my first year as principal he was always there, whether he was helping with Capstone, graduation or setting up for meetings. He’s just a staple, so it’s going to be a loss. I don’t think we’ll know all he’s done until he’s actually gone.”

“Carl loved to coach and help kids,” Giampaolo said in a telephone interview Friday. “He was just a gentleman with a very calm demeanor. Carl started with freshmen football and evolved to track too.”

“Every year he was an important fixture in the football program,” Giampaolo said of Bodnar coaching the freshmen teams. “Head coaches, whether it was Vinny Lombardo or Ed Butler, they appreciated the foundation he laid and his teaching of the kids to get them ready for the next level. Carl was a dedicated teacher and kids respected him.”

Bodnar plans to sell his house and move closer to Guilford, where his daughter, Alena, lives with the two youngest of Bodnar’s four grandchildren.

He also wants to remain active, either working at a library or teaching college classes. He has taught at Sacred Heart University and Post University before. In fact, Bodnar had worked with Gary Reho to start SHU’s football program in the ’90s.

But Bodnar will always look back fondly on the things he enjoyed most, while teaching and coaching at Masuk High School.

“I’ll miss the excitement of starting new programs, including academic programs, and the fun I had working with teenagers in the classroom, in athletics, in the weight room, it didn’t matter where,” Bodnar said. “And I wrote several new curriculums. It was the challenge of trying to make something you’re teaching meaningful to the students.”