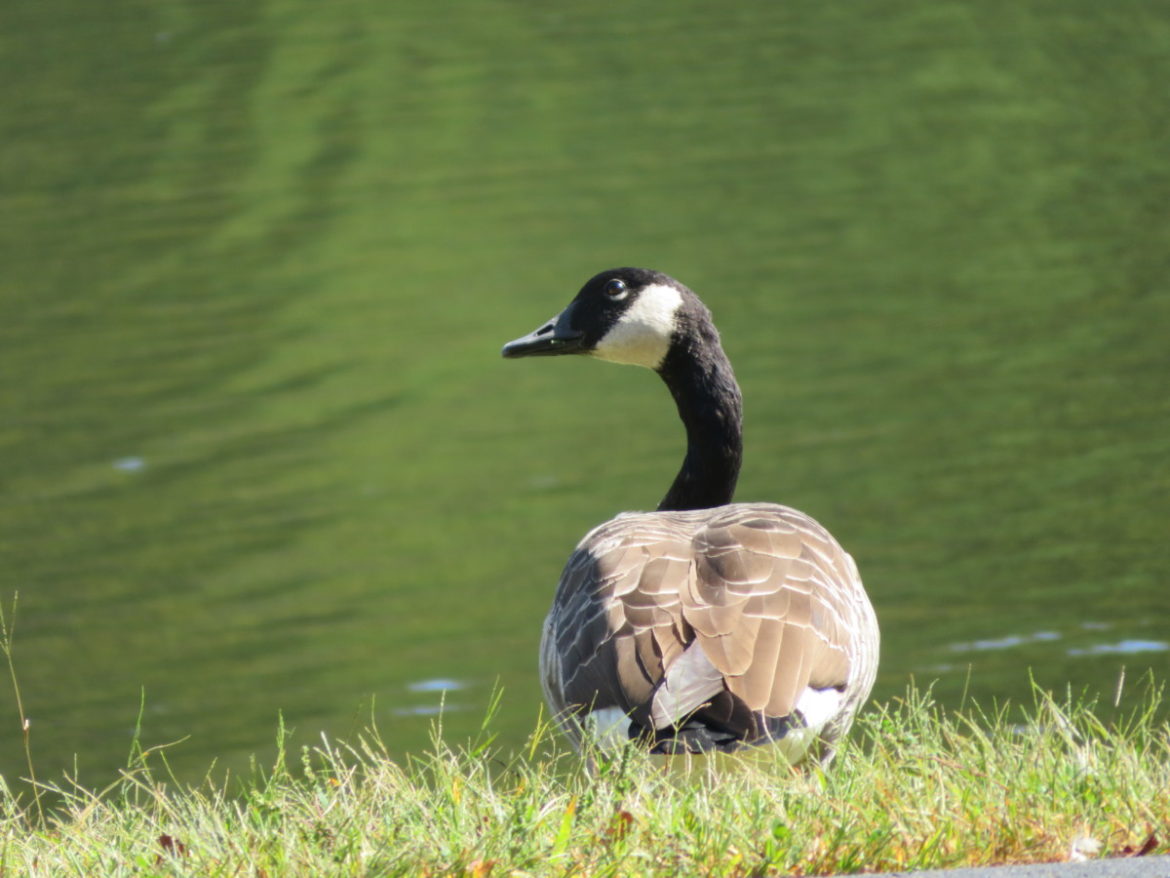 A Canada goose basks in the sun at Great Hollow Lake Friday afternoon.

A woman visiting Great Hollow Lake reported seeing a duck impaled with a fishing hook and entangled with fishing line at the walking bridge at the south end of the lake on Aug. 25.

Animal Control Officer Ed Risko said the caller told police she often gathers up broken fishing line and lures from the embankment around the lake. He added it has been a common problem over the years.

“Castaway fishing line is a wildlife hazard, but easily preventable,” he said.

“Monofilament line is amazingly strong and can tangle around bills, feet, wings and legs of birds — often resulting in death or amputations of feet, legs and wings,” Risko said. “When a line gets wrapped around a bird’s neck, it can be the beginning of a slow, painful strangulation.” 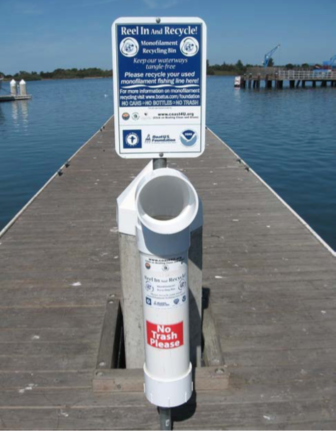 This photo of a fishing line recycling container was taken from the California State Parks Division of Boating and Waterways’ website.

Risko said monofilament line is not biodegradable and kills indiscriminately.

“It’s up to fishermen to lead this effort and it’s as easy as disposing of tangled fishing line, hooks and leaders into well-marked receptacles,” he said. “Many parks and recreation agencies are installing ‘fishing line receptacles.'”

Risko said constructing the collectors, which resemble a periscope constructed of PVC pipe, could be a good Eagle Scout project.

Risko said some past cases of birds becoming entangled in fishing line include a swan on Hammertown Road in 2000, a crane at Great Hollow Lake in 2008 and another bird injured in the area of Hattertown Road and Route 59 in 1992.

A blue heron swallowed a fishing lure at Steiner’s Lake in 2009, according to Risko.

In the Aug. 25 incident reported at Great Hollow Lake, Risko said an officer responding to the call could not locate any injured ducks and the woman who called to report it told police she could not find the duck the next day.